Day after win, lobbying within Congress for CM post in Himachal 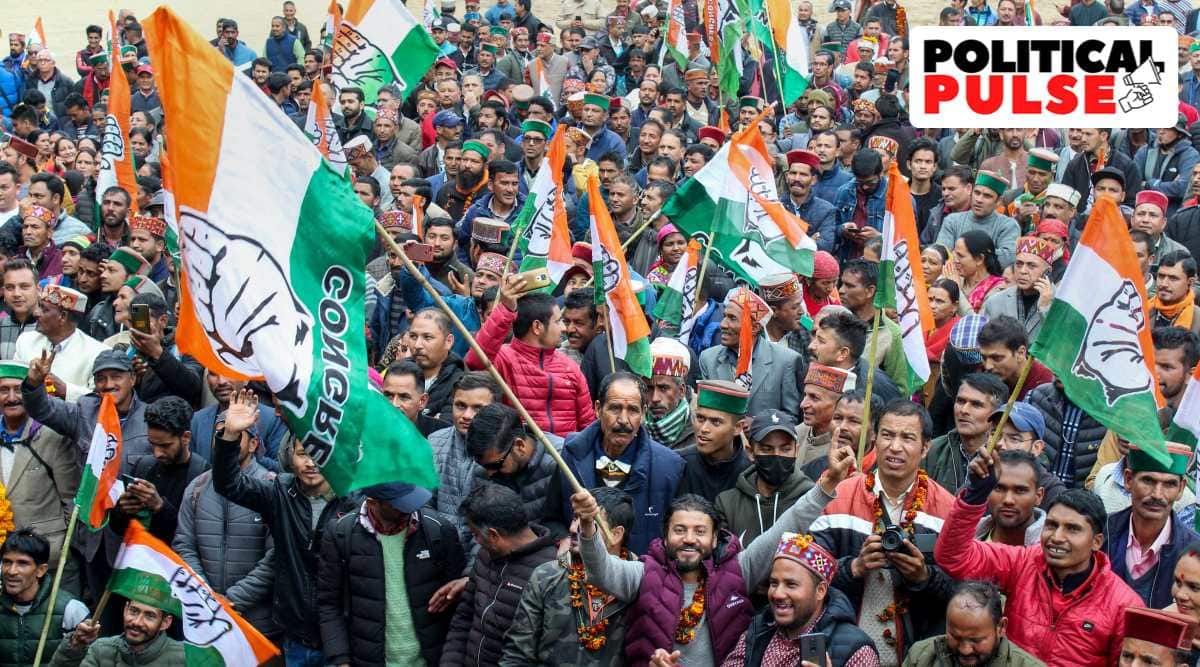 A day after the Congress toppled the BJP and returned to power in Himachal Pradesh, intense lobbying began within the party for the post of the Chief Minister.

After day-long uncertainty, the Congress Legislature Party met in Shimla around 8 pm and passed a one-line resolution authorising the party high command to decide the next Chief Minister.

Also Read |Advantage Congress in Himachal: Five reasons why voters are leaning towards the party

Observers sent by the Congress leadership spoke to all the 40 MLAs individually to gauge their mind. Earlier in the day, they had met Governor Rajendra Vishwanath Arlekar and conveyed to him that the party has the majority and will seek a formal meeting with him later to stake claim to form the government.

Sources said around a dozen of the 40 MLAs told the observers– Chhattisgarh Chief Minister Bhupesh Baghel, former Haryana Chief Minister Bhupinder Singh Hooda and AICC in-charge of the state Rajeev Shukla – that they don’t support any particular leader and that they will go with the choice of the high command.

Also Read |Himachal Pradesh: Every second voter a female, but only one woman MLA

Pratibha, wife of former Chief Minister Virbhadra Singh, created a tense situation during the day when she openly staked claim to the top post invoking the legacy of her late husband, a Congress stalwart.

Speaking to The Indian Express, Hooda said the observers will submit their report to Congress president Mallikarjun Kharge Saturday and a final decision will be taken by the high command.

Traditionally, the Chief Ministers have come from Mandi, Hamirpur, Shimla and Kangra.

Staking the claim even before the CLP meeting, Pratibha said, “They cannot neglect his (Virbhadra Singh’s) family because the election was in his name, on his face and his work. It cannot be that you use his name, his face, his family and then give the credit to someone else. The high command will not do that.”

With both Sukhu and Pratibha throwing their hat in the ring, various permutations and combinations are at work. If Pratibha Singh agrees to let Sukhu become the Chief Minister, her son Vikramaditya Singh, MLA from Shimla Rural MLA, could be accommodated as Deputy Chief Minister or a minister.

But she is said to be preparing to drive a hard bargain. The central leadership is very cautious and is working overtime to see that the government is formed without any hitch. It is wary of the BJP fishing in troubled waters.

If the tussle between Pratibha and Sukhu remains unresolved, sources said a third person could emerge as a choice. Some of the leaders suggested that Shillai MLA Harshwardhan Chauhan could be the third name. He is a five-time MLA and won for the sixth time Thursday with a wafer thin margin of 382 votes.

The meeting of the CLP, which was scheduled to take place at 3 pm, was delayed after the Governor gave the Congress an appointment around the same time. The meeting was rescheduled to 6 pm but got delayed again.

Addressing a press conference in the presence of Sukhu and Pratibha, Shukla and Baghel were asked about her comments earlier in the day. Shukla said he was not aware who said what and that not just Pratibha, but the entire party honours Virbhadra’s legacy.

Earlier in the day, Baghel, Hooda and Shukla met the Governor and submitted a list of the party’s winning candidates.

Before the observers went to meet the Governor, their vehicle was surrounded for a few minutes by supporters of Pratibha who raised slogans saying the Chief Minister should be from the family of Virbhadra Singh. Similar sloganeering was witnessed outside the Congress office. Sukhu supporters too welcomed him when he reached the Congress headquarters.