With its fusillades against the BJP on national security issues backfiring in the past, the party has realised it needs to be cautious when articulating its position on such matters. 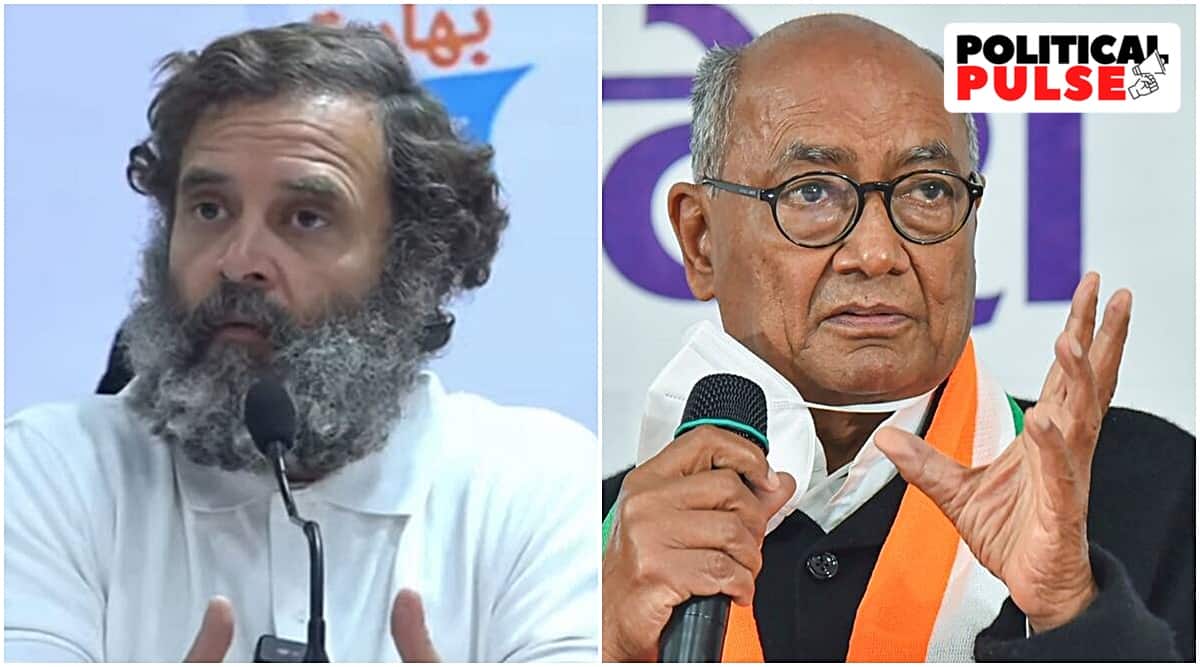 At a press conference in Delhi on New Year’s Eve, Rahul Gandhi targeted the Central government and Prime Minister Narendra Modi over Chinese incursions at the border. But apart from hurling the oft-repeated accusation of China having occupied Indian territory and the government mishandling the issue, he emphasised and elaborated on one point.

Also in Political Pulse |Digvijaya Singh: The Diggy Raja who may have dug one hole too many

Gandhi’s elaboration was politically interesting since the ruling BJP had been accusing him and the Congress of insulting the forces and questioning their bravery and valour — both in the context of China after the Galwan clash, and Pakistan after the 2016 surgical strike and the 2019 Balakot air raid. Many in the Congress had been arguing that the party needs to nuance its criticism on national security issues lest the BJP spin it to its advantage and the attack boomerang.

And there is a past. The Congress had similarly launched a fusillade against the Atal Bihari Vajpayee government in the summer of 1999 when the Kargil war was about to end. The Congress Working Committee had then issued a statement accusing the government of having “deliberately kept the nation in the dark” about the Pakistani incursion as it would have undone the ”much-vaunted Lahore spirit” and the “revelation of the truth” would have exposed Vajpayee to “ridicule” before the nation.

The Congress had then accused the Vajpayee government of negligence”, which, it alleged, “cost the nation many brave and precious lives”. The attack backfired. Months later, the Congress suffered a defeat in the Lok Sabha elections — its third in three years. During the campaign, Sonia Gandhi, the then Congress president, had famously used the word “gaddar (traitor)” at an election rally while accusing the government of importing sugar from Pakistan at the height of the Kargil conflict.

Must Read |Digvijaya gets a mouthful from Rahul: Ridiculous, we don’t ask Army for proof

The BJP latched on to her remarks and accused her of calling an elder statesman like Vajpayee a traitor. The Congress countered by saying she had not taken his name but had only referred to those people as “traitors” who had imported sugar from Pakistan during the war. Since then, the Congress, be it in the Opposition or in government, has struggled with its public articulation on national security issues. Ironic for a party whose government split Pakistan into two in 1971.

The UPA government faced flak from the BJP whenever it engaged with Pakistan. The BJP in Opposition used to come down heavily on the UPA government after terror attacks but the articulation was belligerent and bordering on war-mongering. In 2013, Sushma Swaraj made a call for India to “get ten heads for one head” after Lance Naik Sudhakar Singh and Hemraj were killed by Pakistan Army regulars who infiltrated into the Poonch sector of Jammu and Kashmir. “If his (Hemraj’s) head could not be brought back (from Pakistan), we should get at least 10 heads from their side,” Swaraj said.

The refrain always was that the Indian forces were capable of doing anything but the government should give them a free hand. In Opposition, the Congress had to walk a tightrope after the BJP hyped up the 2016 surgical strike across the Line of Control. Its initial response was to welcome the military operation but it perhaps lost the plot when the BJP began hard selling the operation as an achievement of Prime Minister Modi. The same script played out again in the middle of the Lok Sabha election campaign in 2019 after the Balakot air raid. The Congress again heavily lost the election.

Rahul’s public rebuke of Digvijaya Singh — a veteran and two-time chief minister — indicates that the top echelon of the Congress realises that the party needs to tread very very cautiously when it comes to the articulation on national security issues, which have been its Achilles heel. The signal is that party leaders will have to curb their instinct and nuance their attacks on the Modi government on national security issues.

AR Rahman reacts to RRR song Naatu Naatu getting Oscar nomination: ‘I want them to win’