Congress & its missteps: Rajasthan latest in a series of own goals 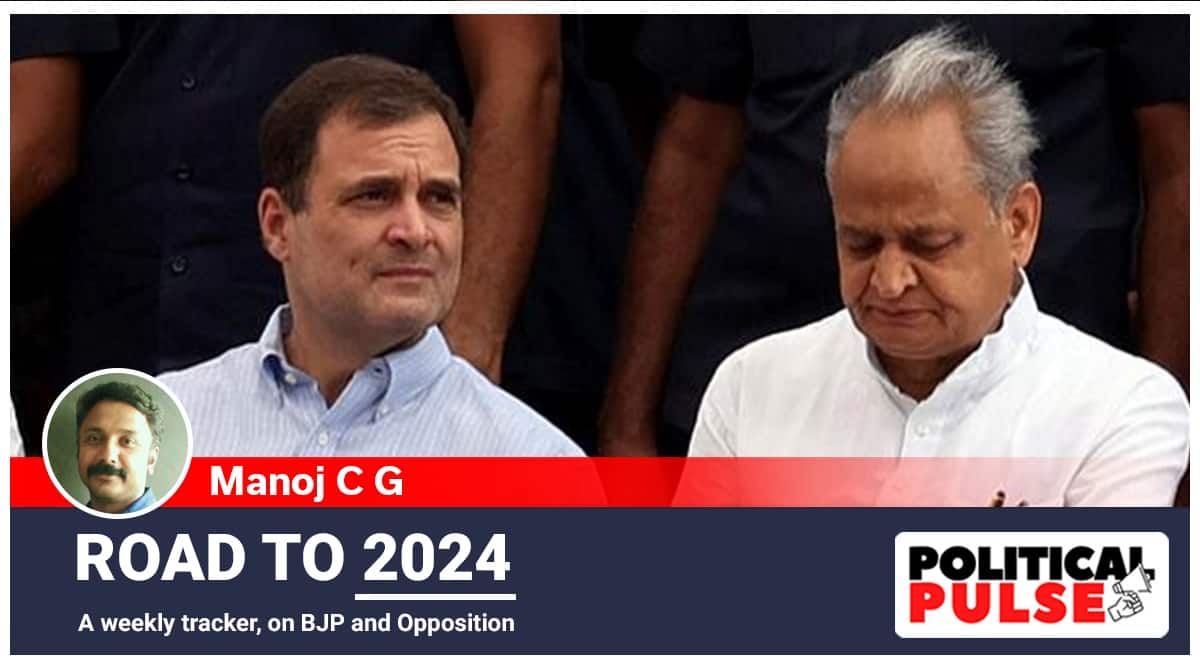 The Congress’s uncanny ability to foist a crisis upon itself when there is none is in full display in Rajasthan. And it is not the first time and maybe not the last. Goa, Arunachal Pradesh, Meghalaya, Madhya Pradesh, Punjab, and to some extent Chhattisgarh, the party perhaps has mastered the art of turning a bad situation worse.

The leadership’s ability to find a balance between competing individual interests (natural in any big party like the Congress), intervene in time to iron out differences before a feud erupts into a full-blown crisis, and take decisions and communicate those to the protagonists in a convincing manner has been put to the test again and again.

And the leadership had been found wanting again and again. It is not that there is any dearth of crisis managers in the party. But the point is to avert a crisis as much as possible and not ignite one unnecessarily.

Having emerged as the single largest party after the Assembly elections in Goa in 2017, the Congress inexplicably delayed staking a claim for government formation. This despite the fact that the All India Congress Committee (AICC) pointsman for the coastal state at the time was the experienced Digvijaya Singh.

The Congress had emerged as the single largest party with 17 seats, but the delay resulted in the BJP staking claim and forming the government. Later, former Chief Minister Luizinho Faleiro claimed Singh had not allowed him to hand over a letter to the Governor staking the claim. The result was a split in the Congress Legislature Party (CLP) in 2019.

In Arunachal Pradesh, the party’s failure to intervene in time to avert growing disenchantment against then CM Nabam Tuki and his cousin Nabam Rebia, who was the Speaker at the time, erupted into a major crisis in 2015-’16. The party replaced Tuki with Kalikho Pul, but the crisis did not end. It finally concluded with the party splitting.

Must Read |Ajay Maken interview: ‘CLP meet was called after talks with Ashok Gehlot, date and time decided… It’s not that we just landed here’

The entire CLP, barring Tuki, left the party and joined the regional outfit People’s Party of Arunachal under the leadership of Pema Khandu. Months later, Khandu and a large number of PPA MLAs joined the BJP.

Similar scenes played out in Meghalaya last year when 12 of the 17 Congress MLAs left the party and joined the Trinamool Congress under the leadership of Mukul Sangma. The Meghalaya Congress had been in turmoil ever since Vincent H Pala was appointed state unit president in August 2021. The leadership did intervene to placate Sangma, who had claimed that the appointment was made without his consent, but could not avert a split.

In Madhya Pradesh, the tussle between Jyotiraditya Scindia on one side and Kamal Nath and Digvijaya Singh on the other cost the party its government when Scindia walked out and joined the BJP with two dozen MLAs. Scindia was close to Rahul Gandhi but there was again no decisive intervention to prevent the crisis from exploding.

The mess that the Congress leadership created in Punjab is still fresh in memory. The unilateral decision of the Gandhis to appoint Navjot Singh Sidhu as the state Congress president, much against the wishes of the then CM Amarinder Singh, and Amarinder Singh’s subsequent ouster unsettled the Punjab Congress. The leadership’s decision to play the Dalit card and appoint Charanjit Singh Channi as the CM ensured that the tension in the state Congress continued till the Assembly elections months later. The poll outcome was debilitating as the party was swept away in a landslide victory for the AAP.

The party perhaps did not learn its lessons from the Punjab fiasco.

Much like what played out in Rajasthan on Sunday, the Congress high command had called a CLP in Punjab exactly a year ago and forced Amarinder Singh to resign as CM. The only difference then was that Singh did not have the backing of his MLAs. In Rajasthan, Gehlot has the backing of the majority of the legislators and has been indicating clearly that he is not ready to throw in his towel easily — signals that the leadership misread.

In state after state, the Congress leadership has miscalculated interventions or the lack of it has left the party hobbling from one crisis to another. The Rajasthan situation perhaps went out of control after Rahul Gandhi publicly sent a message to Gehlot that he cannot hope to continue as chief minister if he gets elected as the Congress president.

One Congress leader likened it to Rahul’s ordinance-tearing moment. “He shredded the authority of the prime minister into pieces then. And now he has undermined the authority of the chief minister and in all probability the incoming Congress president. It is not surprising that Gehlot, who has the backing of the majority of the MLAs, flexed his muscles. His problem is that he is singularly focused on Rajasthan, much like Pilot,” said a leader.

The Gandhis, both Sonia and Rahul, had meetings with Gehlot and Pilot. “If the idea was to kill two birds with one stone — handing over the party’s reins to the experienced and loyal Gehlot (a non-Gandhi) and installing Sachin Pilot using the opportunity — then the protagonists should be on board completely. Sunday’s events show at least Gehlot wasn’t,” said a leader.

“Was the plan not shared with them? Was there a communication gap? Gehlot could have been taken into confidence if the leadership wanted to install Pilot. If he was not ready to play ball, they could have tried to resolve it behind closed doors. But to convene a CLP meeting with a plan to replace Gehlot before he files his nomination papers, the leadership clearly misread the situation. Deploying crisis managers after igniting a crisis is perhaps not wise politics,” another leader said.