The state leadership of the Congress is stonewalling Omar's cherished scheme. 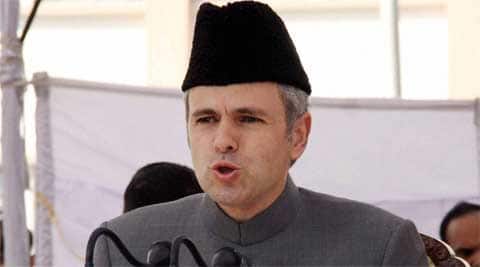 NC sources said an upset Chief Minister was thinking of stepping down because the state Congress appeared determined to “sabotage” the scheme that it feels will benefit NC in the upcoming elections.

The ruling coalition between the Congress and the National Conference (NC) in Jammu and Kashmir may split amid indications that Chief Minister Omar Abdullah was considering resigning following sharp differences between the two parties.

The state leadership of the Congress is stonewalling Omar’s cherished scheme of creating some 700 new administrative units in the state ahead of the April-May Lok Sabha polls and the scheduled Assembly elections in October- November this year.

This has set the two parties on a collision course and efforts to resolve the stand-off have failed despite a meeting attended by AICC General Secretary in-charge of the state Ambika Soni, State PCC Chief Saifuddin Soz, Union Minister Ghulam Nabi Azad and Omar here yesterday.

NC sources said an upset Chief Minister was thinking of stepping down because the state Congress appeared determined to “sabotage” the scheme that it feels will benefit NC in the upcoming elections.

If Omar, who has headed the coalition that has ruled for the last five years, resigns, the NC may push for advancing the Assembly polls and holding them along with the Lok Sabha elections. His resignation may pave the way for a spell of Governor’s rule in the state.

Omar had met Congress President Sonia Gandhi last week over the issue and Congress sources said later that she was in favour of the issue getting resolved soon. But no progress had been made thereafter.

A senior leader of the state Congress said that the party was opposed to the creation of administrative units without thinking of financial implications of the proposal. Moreover, it had to be ensured that there was equitable distribution of the units in various regions of the state.

This is countered by the NC which points out that the last Congress Chief Minister of the state Azad had created eight new districts. An administrative unit was much smaller than a district.

The stand-off over the units is only the latest in a number of sharp differences between the coalition partners who often seem to lack confidence in each other. They have had differences over the issue of autonomy as well as revocation of AFSPA which gives the army wide powers.

The feeling in the NC is that it has been a loyal ally and that Omar has taken a lot of flak for the wrong doings of Congress ministers in the state. The leadership of the state Congress was “always playing games”, said an NC leader.

NC had emerged as the single largest party in the 2008 Assembly elections winning 28 seats in the 87-member House followed by PDP with 21 and Congress with 17. The Congress leadership had agreed that the Chief Ministership would remain with NC through the six-year tenure.