Congress high with Barman entry in Tripura, but BJP stirred, not shaken

A five-time MLA and one of the seniormost leaders of the state, Barman had been dropped as health minister for unspecified reasons in 2019, and had been bristling since 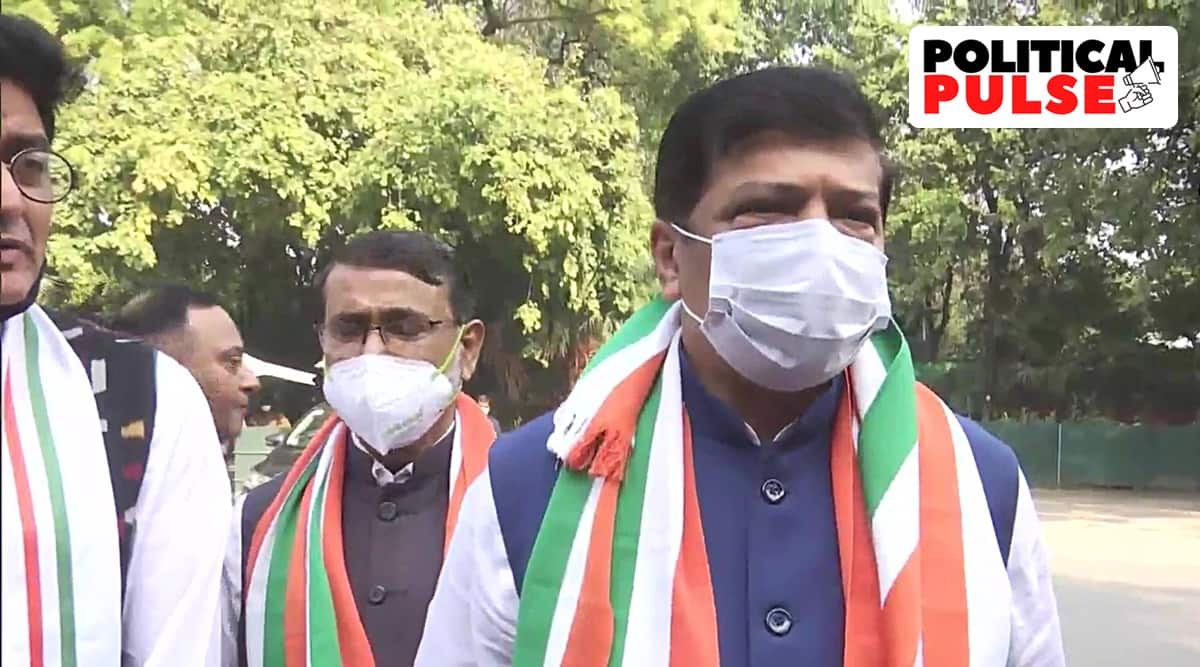 With former minister Sudip Roy Barman and his close associate, Ashish Kumar Saha, joining the Congress, the Tripura BJP is now three MLAs short from when it formed the government in 2018. Having won 36 seats then, this leaves it just three MLAs over the half-way mark in the Assembly, with a year to go for the polls and with an increasingly fractious ally Indigenous Peoples Front of Tripura (IPFT, 8 MLAs) snapping at its heels.

In the past four years, the BJP has seen several episodes of similar turbulence, including rebel MLAs camping in Delhi seeking replacement of Chief Minister Biplab Kumar Deb, and public criticism of the party and government from within. Barman and Saha were at the centre of most such episodes.

A five-time MLA and one of the seniormost leaders of the state, Barman had been dropped as health minister for unspecified reasons in 2019, and had been bristling since. Barman said many other BJP leaders and legislators would leave. “You will see this government end up in minority.”

Two months ago, another BJP MLA, Ashish Das, had resigned and joined the Trinamool Congress.

The BJP, in turn, has accused Barman and Saha, a three-time MLA, of plotting to overthrow the government. BJP state president Manik Saha told reporters: “The Barman drama has been going on for quite some time. A flow chart has to be made on how many times they have changed parties… We are not at all worried about this (development).”

Sinking since the BJP took away its space in the state, the Congress has definitely got a fresh breath of life with Barman’s entry. He has returned five-and-a-half years after leaving the Congress with five other MLAs for the Trinamool Congress, followed by the BJP. AICC in-charge for Tripura Ajay Kumar said Tuesday that the state will see “more surprises”.

Barman claimed that the Congress vote share that had shifted to the BJP in 2018 would return to it with him. “I committed a sin (by leaving the Congress). Our penance will be complete after we establish a Congress government in Tripura in 2023.”

However, it could be easier said than done. Both the CPM’s Jitendra Chaudhury and the TMC’s Subal Bhowmik welcomed Barman’s decision but clarified that it did not mean they were in a hurry to pull down the Deb government.

Chaudhury said the question of whether the Left could consider joining hands with the Congress would depend on what the Congress does. Bhowmik said the TMC was not interested in overthrowing a government by “purchasing MLAs”.

The last few elections indicate a widening gap between the BJP and the rest of the parties in the state. The BJP had won in 2018 with 43% of the votes, a huge rise from just 1.87% in 2013. It increased this further, to 49% of the votes, in the 2019 Lok Sabha polls, and around 60% in November’s civic polls. (The Opposition had alleged massive riging in the civic polls.)

The biggest slide has been for the Congress, falling from around 45.75% of the votes (its routine share) in 2013 to 1.86% in 2018 – indicating that the BJP took away its votes. The appointment of Pradyot Kishore Manikya Debbarma, belonging to the Tripura royal family, as state chief helped steady the Congress a bit, to around 27% votes in the 2019 Lok Sabha polls, but after he departed, the Congress plunged to less than 1% votes in the urban body polls.

As a leader with a name recall throughout the state, Barman undoubtedly gives the Congress hope of bouncing back. However, one of the first hiccups might be challengers within the party. His departure was marked by much rancour, including brawls inside the PCC office between his supporters and others.

According to some observers, the bigger gainer of disenchantment with the BJP might be the Left, which has a committed cadre. The Congress vote, on the other hand, will get divided between the party and the TIPRA Motha floated by Debbarma.

As for the biggest question, what happens to Biplab Deb, all would depend on how much the BJP bleeds after this. The CM’s camp says he is actually stronger now having weeded out the rebels. But the party realises its vulnerability given that a large chunk of its cadre comprises imports from other parties. Sources said it is most nervous about four serving ministers known to be close to Barman.