Amid questions over Vivekananda Reddy murder probe, the case became more controversial following death of an accused and suicide of a witness. 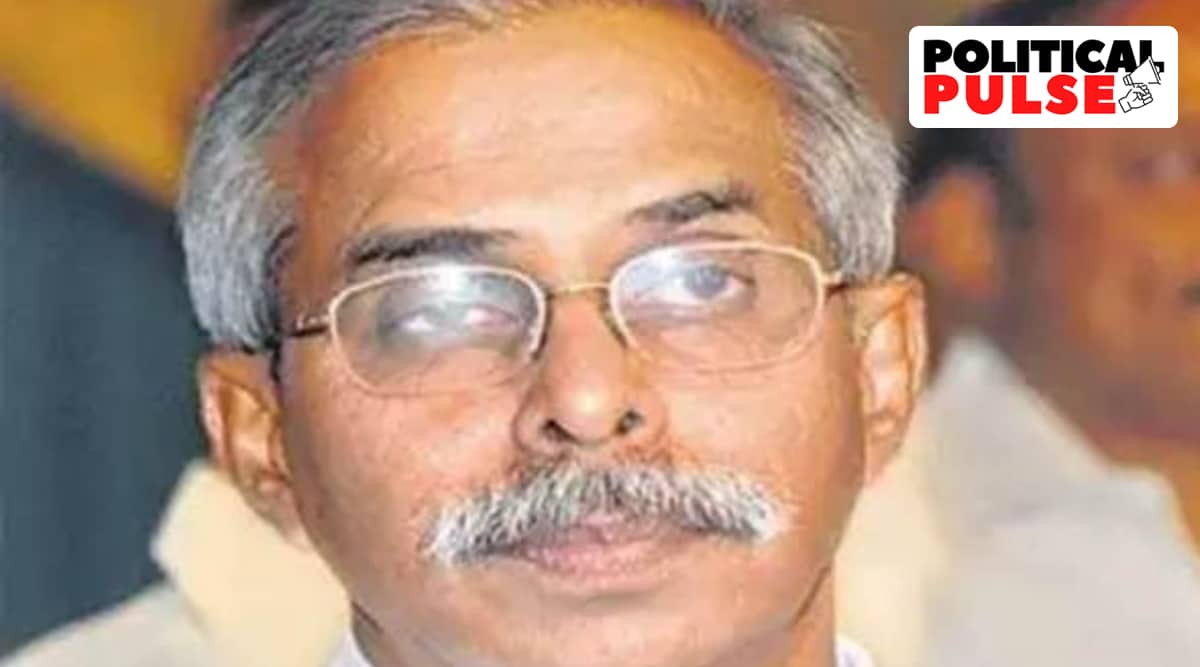 Former AP minister Vivekananda Reddy was found dead at his residence on on March 15, 2019. (File)

The apex court’s order found substance in the petitioners’ contention that a fair trial may not be possible in AP. It came on a petition filed by Vivekananda’s widow Y S Sowbhagya and daughter Sunitha, who alleged that influential people were attempting to scuttle the trial in their home state.

Former AP minister Vivekananda Reddy was found dead at his residence in Pulivendula, the constituency now represented by CM Jagan Mohan Reddy in YSR Kadapa district, early on March 15, 2019. Police subsequently established that it was a murder and that he was attacked with an axe. A Special Investigation Team (SIT) of the AP CID could not crack the case although it arrested a few suspects.

However, Sowbhagya and Sunitha repeatedly raised questions about the investigation in the Vivekananda case and alleged that the real accused were being shielded. On March 11, 2020, the Andhra Pradesh High Court, hearing a petition filed by the duo, handed over the probe into the case to the CBI.

The case became more controversial following the death of one alleged accused, who had agreed to become a witness, and the suicide of another witness.

Read |2024 would be my last election if not voted to power, says Chandrababu Naidu

In its order on Tuesday, a Supreme Court bench of Justices M R Shah and M M Sundresh said there was substance in the allegation about not getting a fair trial at Kadapa in Andhra Pradesh, directing the trial to be transferred to a special CBI court in Hyderabad.

“The petitioners being daughter and wife of the deceased have a fundamental right to get justice as victims and they have a legitimate expectation that criminal trial is being conducted in a fair and impartial manner and uninfluenced by any extraneous considerations,” the bench said.

Vivekananda Reddy, popularly known as Viveka, was a two-time MLA, who had won from the Pulivendula seat as a Congress candidate in the 1989 and 1994 elections. In the 1999 and 2004 Lok Sabha polls, he won on the Congress ticket from the Kadapa constituency. However, in September 2009 he gave up his seat in favour of his nephew and YSR’s son Jagan Mohan Reddy. Unlike his elder brother YSR, Vivekananda did not pursue state politics and confined himself to Pulivendula and neighbouring constituencies. In 2009 Vivekananda was nominated as an MLC.

A loyal Congressman, Vivekananda supported Jagan in his state-level political aspirations when he quit the Congress in November 2010 following the death of YSR in September 2009. He, however, did not join the YSR Congress Party (YSRCP) founded by Jagan, and continued to stick by the Congress, which caused tension and created fissures in the close-knit YSR family.

Vivekananda became a minister in the last government of united AP, led by the Congress’s N Kiran Kumar Reddy, in November 2010 and continued in that position till the 2014 Assembly elections. It was only after the 2014 polls following the state’s bifurcation, in which the YSRCP became the main Opposition party with the decimation of the Congress, that he joined Jagan’s party.

Although he was not given any important position in the YSRCP, Vivekananda held fort in Pulivendula, Jagan’s constituency. There were reports that he was involved in property disputes and that he was a target of various factions in the belt but it was not established during the SIT probe and the subsequent CBI investigation.

K Gangadhara Reddy, a real estate dealer and a Vivekananda aide, who was the key suspect identified by the SIT and later agreed to become a witness in his murder case, died in June this year at his home in Vijayawada. Inquest reports indicated that he died in his sleep of diabetic complications and other health issues. Earlier, in September 2019, another suspect S Srinivasulu Reddy, who hailed from Kadapa, died by suicide after being questioned several times, first by the SIT and later by the CBI. It was following these incidents that Sowbhagya and Sunitha started raising doubts over the probe into the case and went on to allege that the government was trying to scuttle it.

Following the apex court’s order shifting the Vivekananda murder trial to Telangana, AP’s principal Opposition Telugu Desam Party (TDP) chief and ex-CM, N Chandrababu Naidu, targeted Jagan, demanding his resignation. Stating that the top court’s order was a “slap on Jagan’s face”, Naidu said Jagan has no right to continue as the CM, demanding a reply from him on the court’s move. “Jagan cannot give any reply on this, he should resign as the Chief Minister forthwith,” Naidu said.

Addressing a road show at Vijayarai village in Eluru distrct’s Denduluru Assembly constituency, Naidu alleged: “Jagan initially played some tricks in the murder of his paternal uncle, Vivekananda Reddy, and later accused me of killing him. After becoming the Chief Minister, he approached the court saying that there is no need for a CBI probe into the murder case. Jagan even created a lot of troubles for Viveka’s daughter, and also created several obstacles for CBI probe into the case.”

The YSRCP hit back at Naidu. The Jagan government’s advisor (public affairs) and YSRCP general secretary, Sajjala Ramakrishna Reddy, welcomed the top court’s order. “We would be happy to know those behind the killing of Viveka. Chandrababu Naidu is attempting to get political mileage out of it. When the SC questioned the High Court order on Amaravati, Naidu might have slept and did not react, but when the SC transferred the murder case trial to Telangana, he is commenting,” he said, adding “If the trial is done in Telangana it is good. No one can hide the truth.”

‘How is this a PIL?’: HC on plea for Maharashtra governor’s impeachment over Shivaji, Phule remarks