Aman, 26, defeated ex-MLA Tiwari, 52, with a bigger margin in comparison to the UP Assembly elections in which his father Arvind Giri had beaten the SP leader with a margin of 29294 votes. 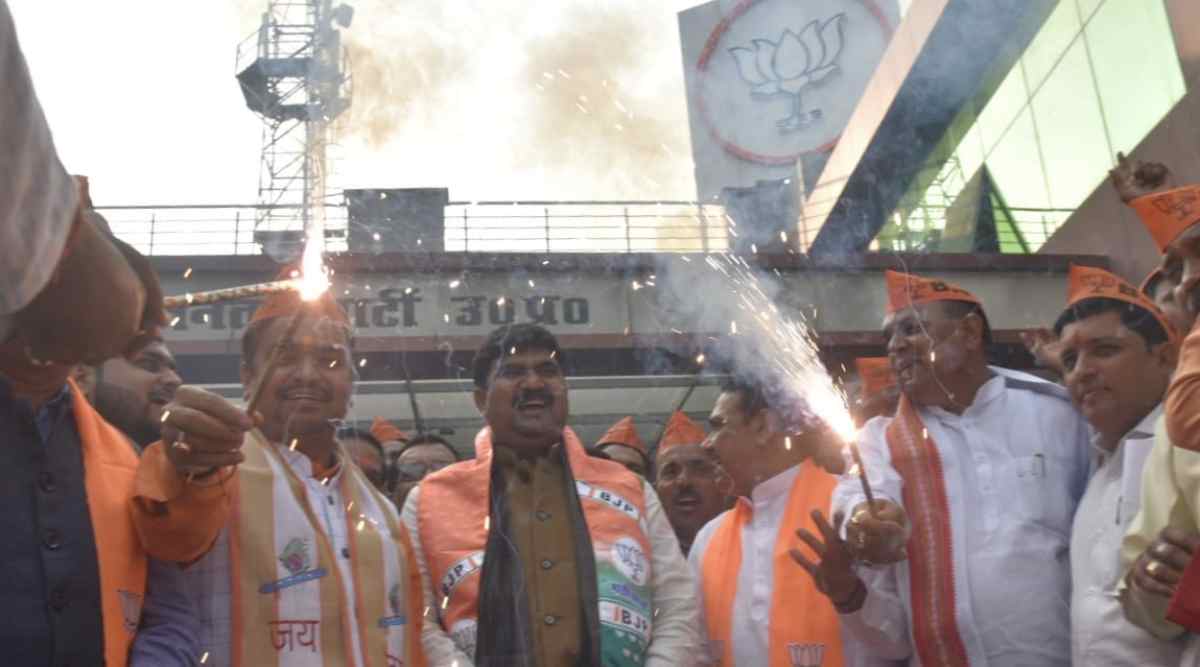 The ruling BJP retained the Gola Gokarannath Assembly seat in Uttar Pradesh’s Lakhimpur Kheri district by winning it in the bypoll, results of which were declared Sunday. Aman Giri, the BJP candidate and a political novice, defeated his nearest rival and Samajwadi Party (SP) nominee, Vinay Tiwari, by a margin of 34298 votes.

Uttar Pradesh | BJP members celebrate with firecrackers & sweets in front of the party office in Lucknow as party’s candidate Aman Giri leads the Gola Gokarnnath by-election by a margin of 34,298 votes. pic.twitter.com/EIKbiJlZti

The Gola Gokarannath Assembly seat bypoll was held after it fell vacant following the death of Arvind Giri, 65, after a cardiac arrest in September. The BJP tried to cash in the sympathy factor and fielded Arvind’s son Aman who contested his first election.

After 32 rounds of counting of votes, Aman emerged the winner as he got 1.24 lakh votes (55.88 per cent vote share) and Tiwari bagged 90512 votes (40.52 per cent vote share). As many as 1771 voters preferred NOTA in the Gola Gokarannath Assembly seat bypoll held on November 3.

There were seven candidates who contested the bypoll. The BSP and Congress did not contest the bypoll in Gola Gokarannath.

Chief Minister Yogi Adityanath, who had addressed a public meeting in support of Aman Giri, tweeted that the BJP’s spectacular win was a symbol of unwavering public trust in the double-engine government’s public welfare policies.

The Samajwadi Party’s media cell in a tweet said the result was the defeat of the people of Gola Gokarannath and not of the SP. It alleged the BJP had misused administrative machinery and that the Election Commission of India (ECI) behaved like Dhritarashtra, the mythological character from the epic Mahabharat. It also accused the BJP of harassing SP workers and using money power and said the BSP motivated its voters to vote for the ruling party in the state.