AAP makes inroads in the agrarian region, though CM face Isudan Gadhvi is trailing, as are Cong stalwarts 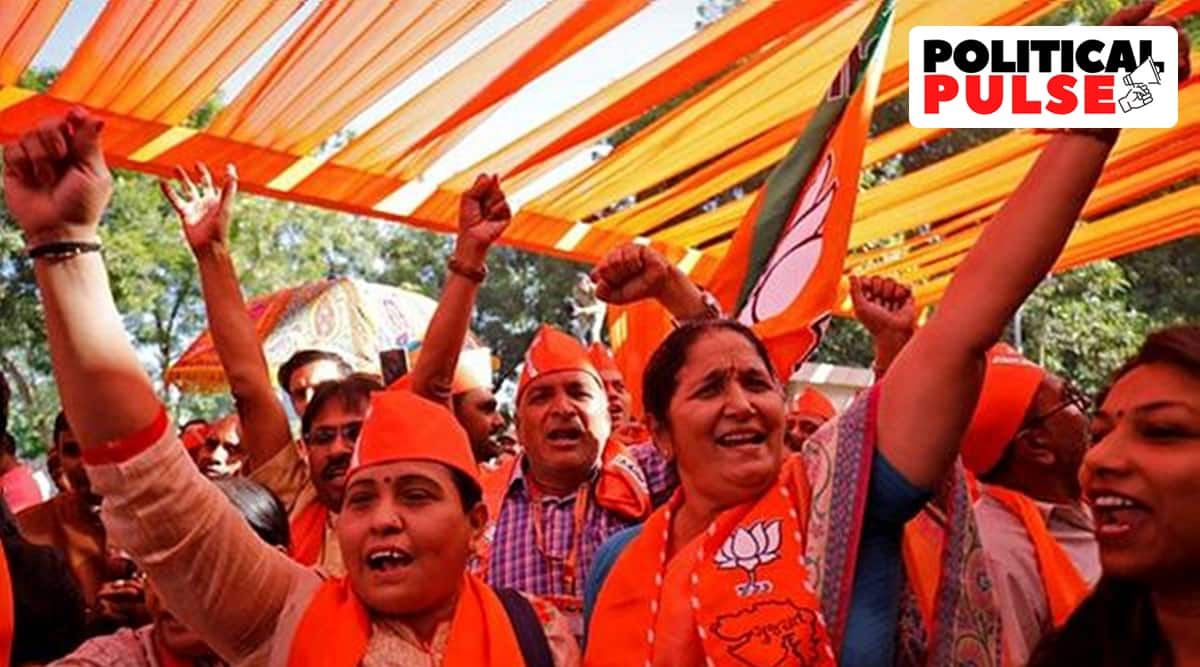 In complete reversal of the 2017 outcome, the Congress was completely routed in Saurashtra-Kutch, with Bharatiya Janata Party (BJP) set to sweep more than 40 of the 54 seats in the agrarian region according to trends from the counting of votes for the 2022 Assembly election.

The ruling party was set for victories in all eight seats in Rajkot district, six in Bhavnagar district, five in Kutch district, four each in Surendranagar, Gir Somnath and Jamnagar districts, three each in Morbi, Junagadh and Amreli districts and one in Botad. Hurt in parts by the Aam Aadmi Party (AAP), the Congress, which had won 30 out of 54 seats in 2017, was fencing victories only in Porbandar in Porbandar district, Manavadar in Junagadh, Abdasa in Kutch district, and was leading in Savarkundla seat in Amreli district.

On the other hand, AAP was set to upset BJP and Congress candidates in Gariadhar seat in Bhavnagar, Visavadar in Junagadh, Botad in Botad, Jamjodhpur in Jamnagar and Chotila in Surendranagar. However, AAP’s chief ministerial face, Isudan Gadhvi was staring at defeat in Khambhalia seat in Devbhumi Dwarka district.

However, Kandhal Jadeja, the sitting NCP MLA from Kutiyana, whom the NCP had denied a ticket this time around, was set to retain his seat as the Samajwadi Party candidate.

Darshita Shah, the deputy mayor of Rajkot who is contesting from Rajkot West in place of former chief minister Vijay Rupani, set the trend by assuring herself a win with a margin of around one lakh votes. Other prominent BJP leaders coasting to victories were Education Minister Jitu Vaghani, Agriculture Minister Raghavji Patel, former ministers Kunvarji Bavaliya and Parsottam Solanki, cricketer Ravindra Jadeja’s wife Rivaba Jadeja, et al. In Morbi, where a suspension bridge collapse had killed 135 people on October 30, the BJP was set to snatch the seat back from the Congress.