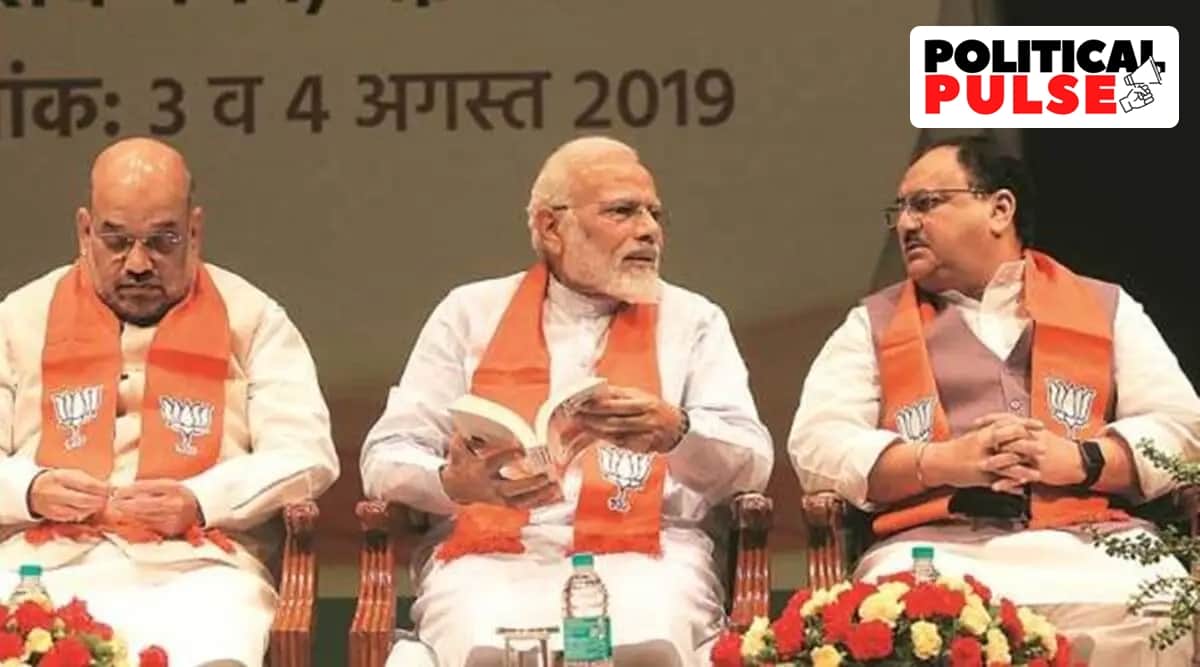 While voting in the Gujarat Assembly polls is scheduled to end on December 5, the BJP will barely lose any time in getting back to making its preparations for the 2024 Lok Sabha elections, with party chief J P Nadda convening a meeting of his core committee members on December 5 and 6.

The meeting, which is to begin with a lunch at the party headquarters on December 5, will review the progress of the party’s various outreach programmes in order to make them more “result-oriented”.

Don't Miss |Road to 2024 | Not just Hindus: How BJP is trying to expand base, inspired by its ‘disruption’ mantra

During the two-day huddle, the BJP brass will also discuss ways of showcasing India’s G20 Presidency for 2023, which commenced from December 1, as a “major achievement” of Prime Minister Narendra Modi-led party government, even as it would also deliberate on how to cash in on it politically.

Sources said PM Modi would also have a session with key party office-bearers following this meeting.

Nadda has called the BJP’s national office-bearers, state in-charges, co-in charges, state presidents and state general secretaries (organisation) for the meeting, which will review the formation of the party booth and page committees, a proposal for introducing the PM’s Mann Ki Baat at the booth level, the Lok Sabha Pravas Yojana and social media coordination.

As part of the meeting’s agenda is “G20, its importance and society participation” under which the BJP core team would discuss the nitty-gritty of reaping the political dividends of the “historic moment of India hosting the G20 meeting next year,” sources said.

Stung by the ruling party’s moves, the Opposition has already castigated the government over the design of the official logo of India’s G20 Presidency, released by PM Modi recently. This logo in saffron and green colours use the image of a lotus – signifying “India’s cultural heritage and faith” as the PM called it – that the Congress described as a bid to promote the ruling party’s election symbol.

Advertisement
Also Read |As SP goes door to door in Mulayam’s Mainpuri, BJP is creeping up, may gain Dalit backing

The BJP core panel meeting will “chalk out a campaign to project India’s G20 Presidency as an achievement of the PM in promoting India’s culture before the international community.”

The BJP leadership will also review the progress of the party’s plan to build its offices across the country. A few months ago, Nadda had announced that 230 of the 512 proposed party offices had been built and that 150 were under construction. “In the meeting, there will be reports on the functioning of every state unit and the morchas (various party wings). The agenda includes an assessment of the party membership. The focus of discussions will be on how to make every activity more result-oriented,” sources said.

The meeting assumes significance as it comes amid the buzz that major organisational changes are in the offing. Sources said in light of the party’s preparations for the 2024 general elections, there could be induction of more senior leaders into the organisation. “There could be new general secretaries and a revamp in some of the departments,” said a source. Any such changes would have its impact on the Union ministry too, the source added.