Ratcheting up tensions helps all parties play to the gallery ahead of Assembly elections in Karnataka, civic polls in Maharashtra 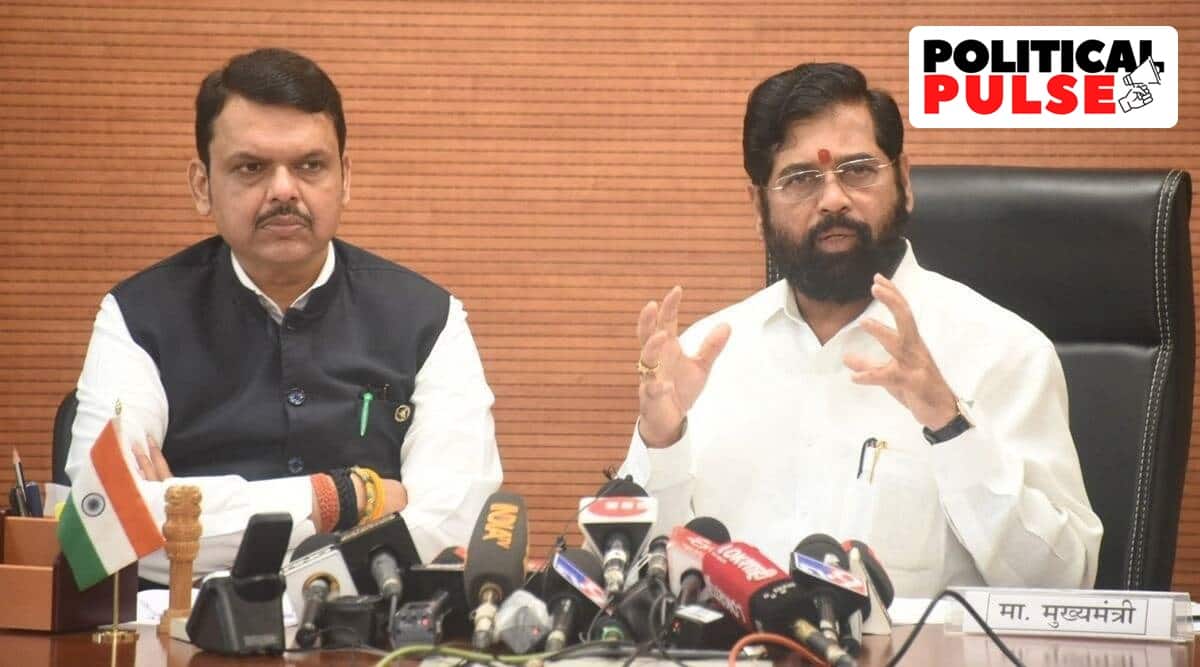 In Maharashtra, Chief Minister Eknath Shinde of the Shiv Sena and Deputy CM Devendra Fadnavis of the BJP can't be seen as yielding to another state (even if BJP-ruled) after the embarrassments of losing prime projects to Gujarat. (Express File)
Listen to this article
Belagavi row: More than geography, politics at play
x
00:00
1x 1.5x 1.8x

The sudden escalation of tension over the Belagavi dispute between Maharashtra and Karnataka is being attributed to two aspects: the 2023 Assembly elections in Karnataka, and the coming civic polls in Maharashtra. Raising the tempers helps all parties rally their support base ahead of the elections.

With the matter pending in the Supreme Court, there is no clear reason as to why the dispute has flared up at this junction.

In Karnataka especially, the BJP government led by Basavaraj Bommai needs every help it can get to return to power in the 2023 Assembly elections. It had managed to scramble a government after the 2018 polls only after managing defections and causing the Congress-JD(S) government to fall. Brought in after veteran B S Yediyurappa was forced to step down, Bommai faces several contenders to the CM post, even as his position remains tenuous.

Invoking “Kannada asmita (pride)” is a card that all governments in Karnataka, irrespective of parties, have played.

In Maharashtra, Chief Minister Eknath Shinde of the Shiv Sena and Deputy CM Devendra Fadnavis of the BJP can’t be seen as yielding to another state (even if BJP-ruled) after the embarrassments of losing prime projects to Gujarat. Rivals Shiv Sena (Uddhav Balasaheb Thackeray), NCP and Congress would move in quickly at any sign of weakness.

“Political leaders in both states are trying to please their respective constituents on their home turf,” a BJP leader in Maharashtra admitted.

The civic polls, tentatively scheduled for February 2023, are a litmus test for both sides in Maharashtra – for the Shinde-Fadnavis government to reinforce its legitimacy, and for the Uddhav Sena to hold on to the mantle of being the real Thackeray inheritor. For 30 years now, the Mumbai civic body has been controlled by the Thackerays, and Uddhav is looking at expanding its platform by bringing in parties like the Vanchit Bahujan Aghadi and Samajwadi Party.

The row also helps the Shinde-Fadnavis government deflect attention from the series of Shivaji controversies in the state, which have got the Opposition snapping at its heels.

First, Governor Bhagat Singh Koshyari said Shivaji had become an icon of olden times, and that the modern era had new ones to emulate like B R Ambedkar and Union minister Nitin Gadkari. Then, BJP minister Mangal Prabhat Lodha seemed to equate Shivaji’s Agra escape to Shinde’s defection from the Shiv Sena. Two days later, BJP vice-president Prasad Lad said wrongly that Shivaji had been born in the Konkan.

Also read |With BJP in power in Karnataka, Maharashtra and the Centre, the annual Belagavi border flare-up may be reined in this year

While Karnataka and Maharashtra saw far more bloody battles on the border dispute in the early 1960s and ’80s, what will have both states concerned is the possibility of law and order getting out of control. This might even backfire on the BJP, given that the party is in power at the Centre as well as in Maharashtra and Karnataka.

Fadnavis has said more than once that they do not condone violence, adding that the Maharashtra government would “present the border dispute in detail before Union Home Minister Amit Shah”. He also reached out to Bommai after Maharashtra number plate vehicles headed for Belagavi came under attack.

This again left the Shinde-Fadnavis government red-faced, as earlier, at the Karnataka government’s behest, it had got its ministers Chandrakant Patil and Sambhajiraje Desai to put off a visit to Belagavi. The Opposition again called this a sign of the “weak” Sena-BJP government buckling under pressure.

Microsoft agrees to 10-year Call of Duty deal with Nintendo