Can Azam Khan roll back the years? Clout on the wane, SP strongman faces uncertain future

The defeat of Azam Khan's aide in the Rampur Lok Sabha bypoll this year showed that his influence has declined. Now, the former minister's Assembly disqualification will only lead to questions about his ability to control the area like he once did. 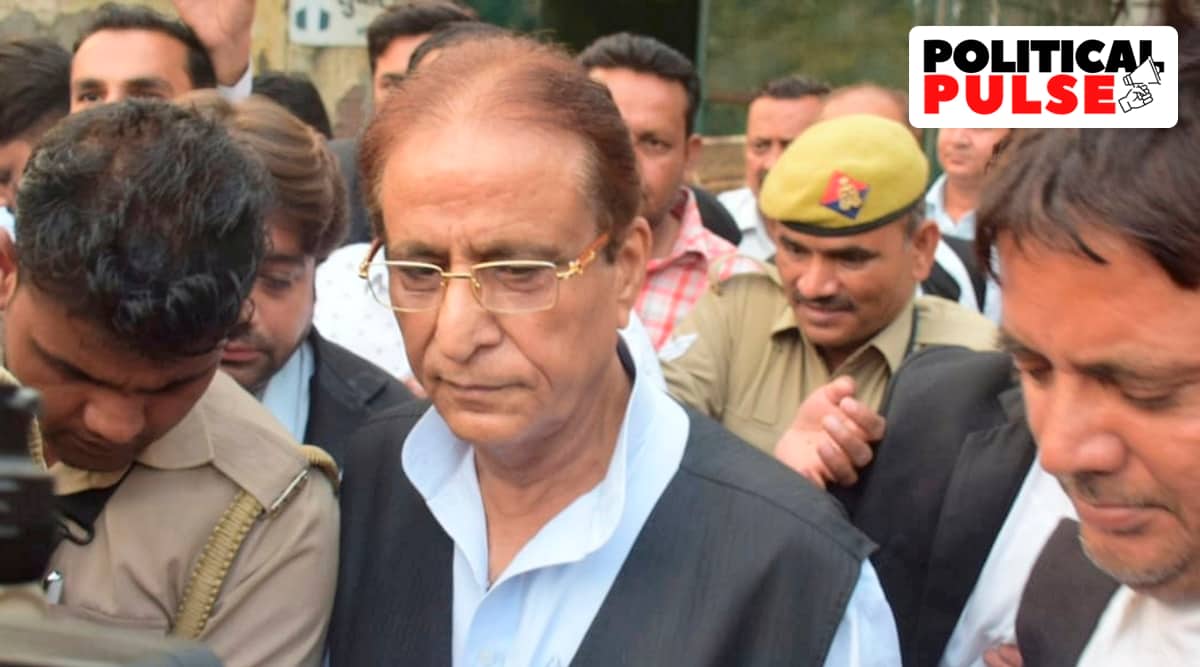 Azam Khan’s family has been among the most influential in west Uttar Pradesh’s Rampur district for more than three decades but in recent years, since the BJP came to power in the state, it has dealt with one setback after another. Now, following his conviction in a hate speech case many, even in the Samajwadi Party (SP), are wondering if he has it in him to maintain his grip on the district.

The SP leader’s son Abdullah Azam Khan was disqualified from the Assembly in 2020. Then, Azam and his family, including his son and wife, spent time in prison in connection with several cases of alleged land grabbing, cheating and criminal trespass, and this May the SP strongman got out of jail on bail but saw the party lose the Rampur Lok Sabha seat that he had won in 2019. On Friday, Azam lost his state Assembly membership and his Rampur Assembly constituency was declared vacant a day after his conviction in a case of hate speech.

While the BJP welcomed Speaker Satish Mahana’s decision, SP president Akhilesh Yadav said Khan had become an “eyesore” for the ruling party and accused the government of harassing the veteran leader with false cases. “Azam Khan is the target of the BJP government. Every day, false cases are being registered against him and he is being harassed. Khan seems to be an eyesore for the BJP as he is a staunch rival of the communal forces and is committed to democracy and socialism. He is a leader, who has struggled for the Constitution and secularism,” the SP chief said in a statement.

Newsmaker |Who is Azam Khan?

Akhilesh added, “The BJP government should remember that there is no place for enmity in politics. The ruling party and the opposition have an equal role in a democracy. He (Khan) has been MLA from Rampur 10 times and MP thrice. He also held ministerial posts. The BJP’s conspiracy to sideline him in politics will come down heavily on them.”

The 10-term MLA became associated with SP founder Mulayam Singh Yadav in the early days of his career and became the party’s tallest leader from the minority community. Though Azam Khan initially did not have much following among Muslims outside Rampur, Mulayam projected him and gave him a Cabinet berth with multiple portfolios in all three governments that he headed.

When Akhilesh Yadav formed the government in 2012 with an absolute majority, Azam maintained his clout in the state administration, holding eight portfolios. He was considered the party’s biggest leader after the then chief minister despite there being 10 ministers from the Muslim community in the government.

In 2013, there were reports of fissures between him and Akhilesh after he skipped the SP’s national executive meeting. He was reportedly upset with the government’s handling of the Muzaffarnagar riots. Later, Akhilesh went to Azam’s home to speak to him and patch things up. According to SP insiders, during the party’s time in power the postings and transfers of government officers in Rampur and adjoining districts — be it in the administration or the police — were done as per Azam Khan’s wishes.

But his influence, on the back of the ongoing legal proceedings against him, has been declining for quite some time now. Some SP insiders said his trusted aide Asim Raza Khan’s loss in the Rampur Lok Sabha bypoll earlier this year indicated that Azam’s grip on Rampur was not like before. His health problems and Mulayam’s death earlier this month have compounded his problems as his position in the party is likely to weaken further given that his political mentor is no more. In many of the cases against him, the complainants are Muslims. An SP leader pointed out that at present the Khan family has only one elected representative — Abdullah, who is the MLA of Suar constituency. A by-election for Rampur would be the biggest test of Azam’s strength and would show if he still had it in him to control the area like in the past, the SP functionary added.

But SP’s acting district president in Rampur Virendra Goel dismissed all the doomsday talk. “Azam sahib has a political empire across UP. His influence has not declined, but it has increased because people have understood that his family is facing atrocities. People sympathise with him.”