The ruling party won the Rampur Lok Sabha seat in June and is now looking to dislodge the SP veteran from an Assembly constituency he has dominated since the 1980s. To that end, it is reaching out to Pasmanda Muslims. 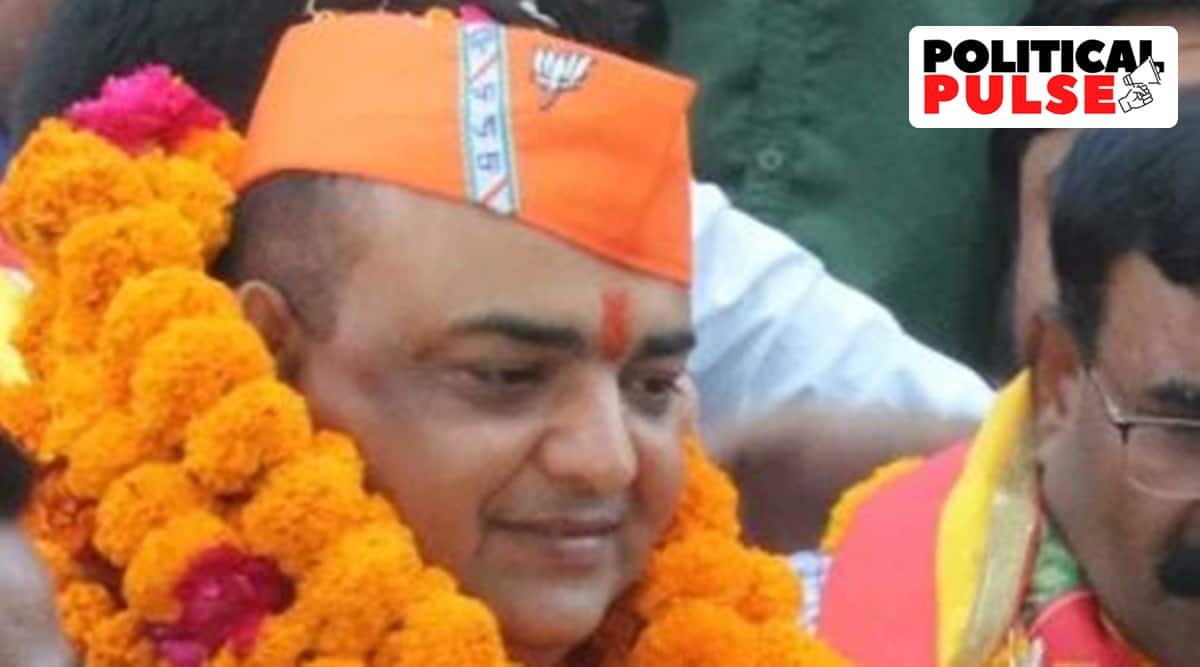 The election on December 5 will see a two-way fight between the BJP’s Akash Saxena, who lost the seat to Azam Khan in March, and the SP’s nominee Asim Raja who is a close confidant of Khan and lost the Lok Sabha bypoll to the BJP’s Ghanshyam Singh Lodhi by more than 42,192 votes in June. (AkashSaxena/ Twitter)

The coming Mainpuri Lok Sabha bypoll has been in the spotlight because the seat was earlier represented by Samajwadi Party (SP) founder Mulayam Singh Yadav and a win for the BJP in the Yadav stronghold would underline its dominance in the state’s electoral politics.

But while most eyes are on Mainpuri, the ruling party is leaving no stone unturned for the Rampur Assembly by-election and is going all in to complete its capture of a seat that earlier used to be the bastion of SP leader Azam Khan. The seat is at stake after Khan vacated it following his disqualification from the Assembly over his conviction in a 2019 hate speech case on October 27.

Also read |Modi and Shah: Why BJP is increasingly reliant on the Big Two

The ruling party is focusing on garnering the support of Pasmanda Muslims and is confident of winning the bypolls after it managed to win both the Rampur and Azamgarh Lok Sabha seats in by-elections earlier this year. The bypolls were held after Khan and SP president Akhilesh Yadav vacated the constituencies following their election to the state Assembly. If the BJP manages to win the Rampur Assembly seat too, it will complete its capture of what was once considered to be a citadel for the SP.

The election on December 5 will see a two-way fight between the BJP’s Akash Saxena, who lost the seat to Azam Khan in March, and the SP’s nominee Asim Raja who is a close confidant of Khan and lost the Lok Sabha bypoll to the BJP’s Ghanshyam Singh Lodhi by more than 42,192 votes in June. With the Congress and the Bahujan Samaj Party (BSP) staying away from the contest, Raja will be in a direct battle with Saxena who is the complainant against Khan and his family members in some of the cases against them.

The BJP, according to party insiders, sees this as a golden opportunity to establish its dominance in a seat that Azam Khan has won 10 times since the 1980s. The SP leader and former state minister has his back to the wall and won’t be able to vote in the by-election after his name was removed from the electoral roll under a provision of the Representation of the People Act on Wednesday.

Saxena said the BJP was focusing its efforts on getting the support of Pasmanda Muslims and added that the “main focus” was on the industrial potential of the city. “Rampur was the second-most prosperous city in UP after Kanpur in terms of industries at one time. Now, the industries have been ruined for personal gain. We are talking to the people about how we will make Rampur number one if they elect the party on December 5.”

Asked if he had considered that he might lose another election from the seat because of Azam’s towering legacy, the BJP candidate said, “The SP has lost all its so-called fortresses. Examples are Azamgarh, Kannauj, and even the Rampur Lok Sabha seat. I am confident of a win here. We are reaching out to the Pasmanda community knowing that they have been ignored throughout the past. We are telling them we will deliver on our promises based on the community’s population in the constituency.”

The BJP’s election in-charge for the bypoll Soorya Prakash Pal said Chief Minister Yogi Adityanath, Deputy CMs Keshav Prasad Maurya and Brajesh Pathak were likely to campaign soon in the constituency. The SP said the party would rely on Azam’s popularity for a win in the bypoll, something that did not work for it in the Lok Sabha by-election.

“If you ask a child in Rampur, even they will tell you Azam is their favourite. He is still popular. With all the cases and the way he is being targeted by the BJP, it gives us an edge because people will vote for his candidate with a message to the BJP and the administration

that they are still with the 10-time MLA,” said a local SP leader.

fight with all our might and will win,” he added.

Goel said Akhilesh Yadav, his cousin and senior leader Dharmendra Yadav and MLC Swami Prasad Maurya were among those who would campaign for Raja. Asked if Azam would campaign, he said, “Definitely. Only his voting right has been snatched away by the powerful people. He will campaign and so will his son Abdullah Azam Khan.”

The BJP on Saturday received the backing of Khan’s long-time rival Kazim Ali Khan, who belongs to the erstwhile family of nawabs of Rampur.

In 2017, Azam Khan won Rampur by more than 46,000 votes, down from 63,269 votes five years earlier. He was one of the most powerful ministers in the previous Akhilesh Yadav-led government. He vacated the seat getting elected to the Lok Sabha from Rampur parliamentary constituency in 2019. In the subsequent Assembly bypoll, his wife Tanzeen emerged victorious though her winning margin came down to 7,716 votes.