From Gautam Gambhir’s camp, the message is clear. "He wants to take Arvind Kejriwal head on in the 2025 Assembly elections, and that's possible only if he has ample time to work till then,” said a source close to him. 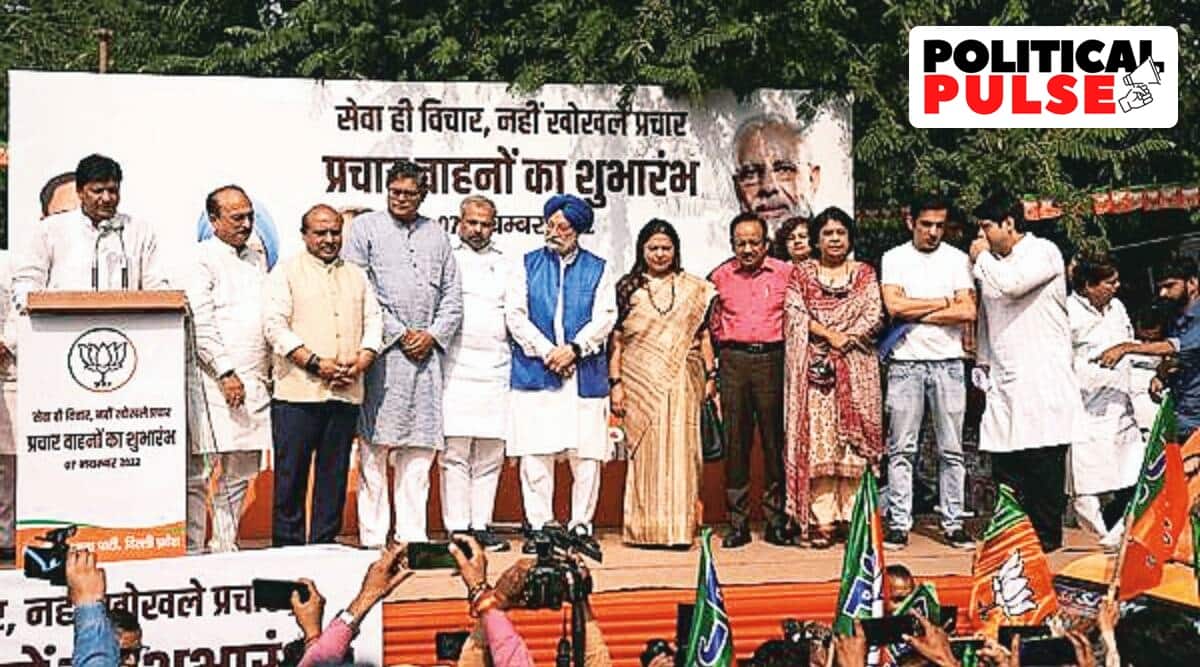 While the BJP lost the race to the AAP, its ward-wise performance in seven Lok Sabha constituencies ruled by BJP MPs paints an uneven picture. Archive
Listen to this article
As Gautam Gambhir looks at wider role in Delhi BJP, road paved with challenges
x
00:00
1x 1.5x 1.8x

A fresh, credible face or a Delhi elite out of touch with ground realities? As East Delhi MP Gautam Gambhir makes a push for state BJP leadership, particularly after the performance of his Lok Sabha constituency in the MCD polls, he will face tough challenges from within the state unit.

While the BJP lost the race to the AAP, managing to take home 104 of 250 seats, its ward-wise performance in Delhi’s seven Lok Sabha constituencies, each ruled by a BJP MP, paints an uneven picture. It performed the best  in Gambir’s constituency of East Delhi, winning 22 of 36 wards —  over 61%. The BJP performance was next best in Lok Sabha constituencies under Harsh Vardhan (Chandni Chowk) and Manoj Tiwari (Northeast Delhi).

From Gambhir’s camp, the message is clear. “He wants to take Arvind Kejriwal head on in the 2025 Assembly elections, and that’s possible only if he has ample time to work till then,” said a source close to him.

“Once (Home Minister) Amit Shah is back in Delhi, we will impress upon him to consider letting Gambhir take the reins of the Delhi BJP,” said a source.

Idea Exchange |Gautam Gambhir at Idea Exchange: ‘What is our vision for Delhi? How much work we do on ground is how we create the narrative’

Sources close to him insisted that other senior leaders in the party have all had their shot at leadership positions within the Delhi unit, but the party has struggled to perform outside of the Lok Sabha polls. “It is time for them to move aside, perhaps into mentorship roles, and let someone young take control,” he said, explaining that Gambhir’s “clean image” will be an asset in challenging Kejriwal.

However, Gambhir’s ambitions are likely to run into stiff opposition. One senior leader said the “tall claims from Gambhir’s office” were “just false”. “Senior party leaders like Amit Shah are busy in Gujarat and Himachal… In fact, during the MCD councillors’ ticket meet, he pushed for 10 tickets for his candidates. Had the party listened to him, it would have seen a great loss in the constituency,” he said.

He added, “In the last polls, the party won 29 seats from East Delhi. BJP has always had a stronghold in Jamuna Paar and Shahdra, thanks to leaders like Harish Singh, Manoj Tiwari, Kuljeet Chahal, OP Sharma and Virendra Sachdeva.”

Another leader said the “BJP will become Congress if Gambhir is given the Delhi leadership”. “He is an elite politician whose face looks good in the media, but on the ground he is not the man. Even during the campaign, he only participated in big roadshows alongside the central ministers but did not even attend public meetings. How will a leader, who was so invested in his cricketing ties during the entire civic polls, handle the entire national capital? The city needs a face who can bring a revolution on the ground, not on social media through a PR team.”

Senior party leaders also said an internal report of the party has shown that MPs who pushed for tickets to their own candidates performed poorly. “Ramesh Bidhuri, Meenakshi Lekhi and even Delhi BJP chief Adesh Gupta gave tickets to their candidates and a majority of them lost. Only those seats where the party suggested candidates, like in East Delhi, did we do well,” said one leader.

Gambhir himself has been critical of the performance of the BJP’s Delhi unit in the past. Before the polls, at The Indian Express Idea Exchange event, he had said: “We need to come out in a better way and tell people what good has been done by the MCD and the seven BJP MPs. Unfortunately, we aren’t able to create that narrative for whatever reason. The MCD elections are not going to be easy and I accept that. We need to go on the ground and tell people what has happened. Otherwise, we won’t be able to reset the narrative.”

And following Wednesday’s results, he tweeted: “Thanks to all workers of East Delhi. This victory is neither of the MP, nor of any MLA, nor of any corporator. This is victory of your hard work. Our workers are our strength. Kudos to the organisation.”

On the ground, Gambhir has taken a keen interest in three projects in particular — a community kitchen to feed the poor, reducing the height of the Ghazipur landfill, and a public library. Speaking at the Idea Exchange, he had said: “There are some very good moments in my political career… Be it clearing the Ghazipur landfill, the development of the Yamuna Sports Complex or the community kitchens where we serve 3,000 people every day at Re 1, it has all been very satisfying. We opened a library and the kitchens at what used to be a garbage dump. To be honest, we haven’t taken a single permission from anyone. And if tomorrow the existing party in Delhi wants to demolish it, they have the right to do so. If we had to take permission, then we would have just been tangled and not have been able to feed thousands of people or set up the library. People should come and see what we’ve created, especially the library. It is probably the best in India with 10,000 books, is centrally air-conditioned and has computers with Wi-Fi.”