Kejriwal also said that an special session of Delhi Assembly will be held to pass the Janlokpal Bill. 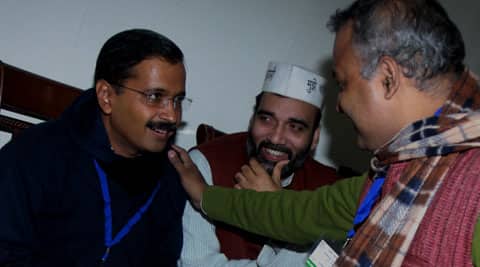 Delhi Chief Minister Arvind Kejriwal on Friday released a list of the most corrupt politicians in the country naming top leaders like Rahul Gandhi, Kapil Sibal, Mulayam Singh, P Chidambaram and Mayawati. He also said that these leaders should be defeated in the upcoming Lok Sabha elections.

Kejriwal also announced that his government will hold an special session of the Delhi Assembly at the Indira Gandhi stadium next month to pass the Janlokpal Bill.

Addressing a press conference, Kejriwal accused BSES discoms of trying to “blackmail” the government by threatening power cuts upto 10 hours a day, and warned them of strict action including possible cancellation of licenses.

The Chief Minister also said Tatas and Ambanis, who run three electricity distribution firms in Delhi, were not the only companies in the country and government was willing to bring new players.

“There are no reasons for power cuts. I want to give them a warning that if they try to create panic in future, the government will take strict action against them,” Kejriwal said as Reliance Infra-backed BSES warned the government of 8-10 hours power cuts a day beginning tomorrow citing fund crunch.

Dismissing any valid reasons for such extreme steps, the Chief Minister said there were so many question marks over the discoms account.