"Diesel prices have been hiked and the people will see more such things in future," said CM Akhilesh Yadav. 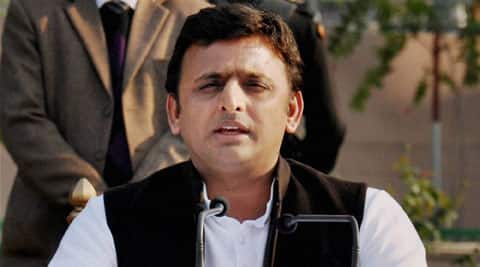 Yadav said,”now a new trend of tweets is going on and the ministers are tweeting to issue their clarifications.” (Source: PTI)

Targeting the newly-formed NDA government at the Centre for hike in diesel prices, Uttar Pradesh Chief Minister Akhilesh Yadav on Sunday said people of the country will see “more such things” in the coming days.

“Diesel prices have been hiked and the people will see more such things in future,” he said while addressing a rally after unveiling the statue of freedom fighter and former MLA Ganji Prasad.

Diesel prices were hiked by 50 paise on Saturday. The Samajwadi Party leader also took potshots at the Central ministers for using Twitter as a medium of communication.

Yadav said,”now a new trend of tweets is going on and the ministers are tweeting to issue their clarifications.”

Yadav asked Modi government to lend power and coal for nearly one-and-a-half-year to Uttar Pradesh, and said “in 2016 the state will return all its borrowed power with interest to the Centre.”

“Even if they need more we would give that too,” he said. He also criticised media for “misinterpreting” his comments on Badaun gang-rape and murder case.

“Now I have to be more alert in saying anything to the media as what I said in Kanpur was showed something else,” he said.

On asked about the law and order situation in the state against the backdrop of the Badaun case, Yadav asked a journalist, “I hope you have not faced any danger!”

Yadav exhorted his party workers not to lose hope after drubbing the Lok Sabha polls “as their fight was against communalism and their party has throughout followed the path of secularism”.