Ahead of Assembly polls, Gujarat says forming panel to bring in UCC 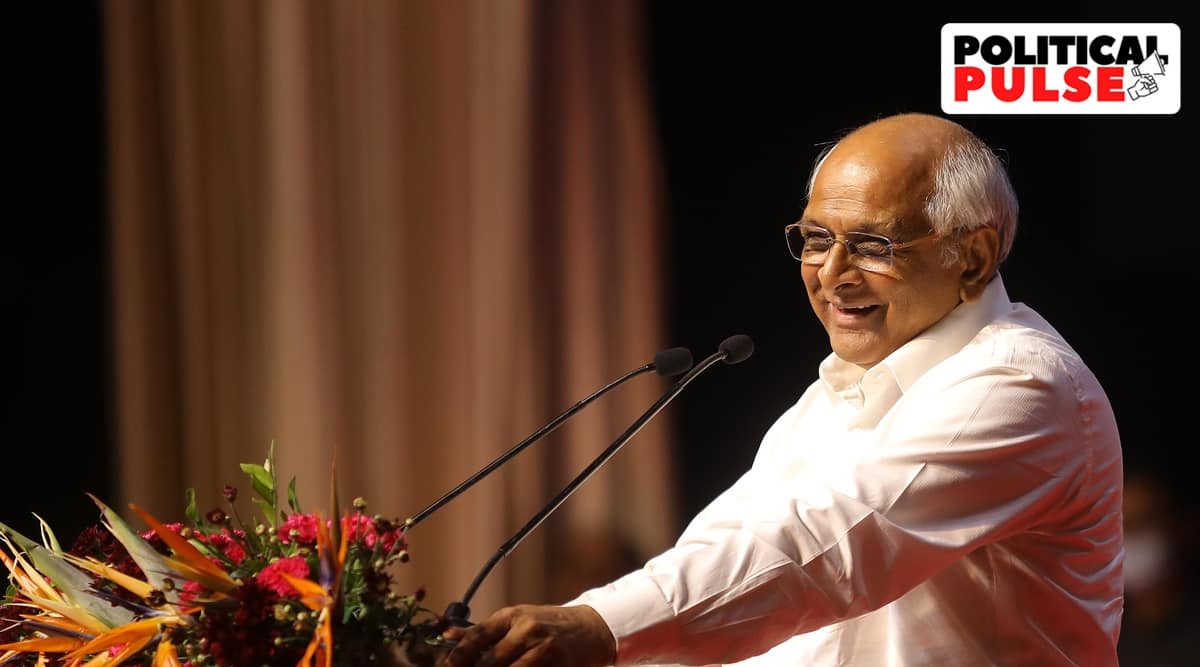 Gujarat is the second BJP-ruled state after Uttarakhand to constitute a committee of experts on the UCC. (Express photo by Nirmal Harindran/File)

With Gujarat headed to Assembly elections and awaiting the release of the poll schedule, state Home Minister Harsh Sanghavi announced Saturday that the cabinet had decided to form a committee for implementation of the Uniform Civil Code (UCC) in the state.

In Premium |An Expert Explains: The issues in uniform civil code

Addressing a press conference in Gandhinagar, Union Minister Parshottam Rupala said, “From the days of our youth, we have been making demands… for Ram Janmabhoomi, for (abrogation of) Article 370, for UCC… I want to congratulate and express my gratitude to Chief Minister Bhupendra Patel… he has taken the next step towards fulfilling an old demand of the BJP.”

“Like Ram Mandir and Kashmir, this issue (of UCC) has been passed by the Gujarat government (in the cabinet)… A committee will be formed soon and based on the committee’s report, the way for implementing this law will open up in the state (of Gujarat).”

“The committee will be constituted under the leadership of a retired judge of the High Court. The cabinet has given the Chief Minister the right to constitute the committee and it is expected to comprise three-four members. Its scope of work too will be decided. I believe when the committee is announced, the timeline too will be declared,” Rupala said.

Responding to a question on how the Gujarat government plans to implement this given that there are just days left for the announcement of elections and imposition of the Model Code of Conduct, Rupala said, “That is what you believe, (but) the next government will be formed by us (BJP).”

Gujarat minister and government spokesperson Jitu Vaghani, in a Twitter post, said, “Uniform Civil Code means that all sections of the society irrespective of their religion shall be treated equally according to a common civil law, which shall be applicable to all uniformly… Development for all, equal rights for all, appeasement of none – the mantra of the double engine Government of Gujarat! UCC soon to be implemented in Gujarat! One Nation, One Law and One Civil Code!”.

The UCC has long been a BJP promise. Since family and succession laws come under the concurrent jurisdiction of the Centre and states, a state government can bring in a state law. But a uniform law across the country can only be enacted by Parliament.

Earlier this month, the Centre told the Supreme Court that the matter will now be placed before the 22nd Law Commission.

Article 44 of the Constitution – in Part IV which deals with Directive Principles of State Policy – states: “The State shall endeavour to secure for the citizens a uniform civil code throughout the territory of India.”

Goa is the only state in India that has a uniform civil code regardless of religion, gender and cast. A former Portuguese colony, it inherited the Portuguese Civil Code, 1867 that is still applicable in the state even after it joined the Indian Union in 1961.

A chorus, and debate

There’s a growing chorus, and a debate, on the need to review personal laws and have a UCC. BJP-ruled Uttarakhand, Gujarat, Himachal Pradesh, Assam are pressing for the UCC. The Centre has told the Supreme Court that the matter will now be placed before the 22nd Law Commission.