After Shiv Sena warning on ‘lust’ for seats, BJP talks of ‘impotency’ 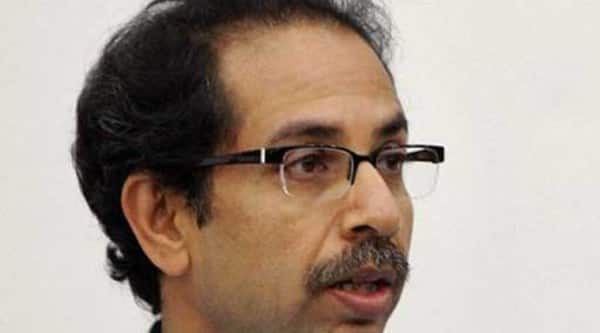 Uddhav, whose relation with BJP is under strain over seat-sharing for the assembly poll, also sought to assert the pre-eminence of Shiv Sena in Maharashtra politics. Source: PTI

The seat-sharing talks between the BJP and Shiv Sena hit a roadblock on Sunday, a day after Sena president Uddhav Thackeray indicated that he was in the race for the Chief Minister’s post.

The day witnessed high drama amid political posturing by both sides. With the Sena sticking to its demand for 150 seats, Union Minister and senior BJP leader Prakash Javadekar warned of “pressure from cadre to contest all 288 seats”. Thackeray retorted by convening a meeting to review poll preparations for all 288 seats.

BJP sources said the Sena’s “high handedness and rhetoric” — undermining the leadership of Prime Minister Narendra Modi and projecting Thackeray as the CM candidate — had put further strain on the alliance. Adding to the unease in the BJP, an editorial in Sena mouthpiece Saamana said, “The demand for more sex can lead to divorce… Allies in the coalition must dream of a victory. For this, all parties must give up the lust for more seats.”

A senior BJP leader quipped on Sunday, “I would like to warn that impotency can also become a cause of divorce.”

In Pune, BJP general secretary in-charge of Maharashtra, Rajiv Pratap Rudy, said the party wants an “alliance of equals”. He said while 18 seats would be allotted to smaller allies like RPI (Athawale) and Swabhimani Shetkari Sanghatana, the remaining 270 seats should be divided equally between the BJP and Sena.

But a Sena leader said, “We are willing to come down to 150 seats, which means we are already conceding 19 seats. These 19 seats can be divided between the smaller allies. BJP has nothing to lose as it can retain its old share of 119 seats.”

According to another formula doing the rounds, the BJP has sought 126 seats for itself, 18 for smaller allies while offering 144 to the Sena. Following its success in the Lok Sabha polls, the BJP is not willing to concede more seats to the Sena.

“We have made it clear that we will not accept anything less than 150 seats,” said Sena MP Sanjay Raut.

Meanwhile, rejecting Thackeray’s claim, Leader of Opposition in the Assemby Eknath Khadse said, “The CM candidate will be decided after the results. The party which will win more seats will have the right to the post.”

BJP spokesperson Madhav Bhandari said, “There cannot be a compromise on the state leadership. Party president Amit Shah has already stated at our conclave in Mumbai that the leadership of the state will remain with the BJP.”
— With ENS, Pune