Sources said Kharge and some other leaders are studying the social and political impact of the order, while Chidambaram and Singhvi would look at the legal aspect. 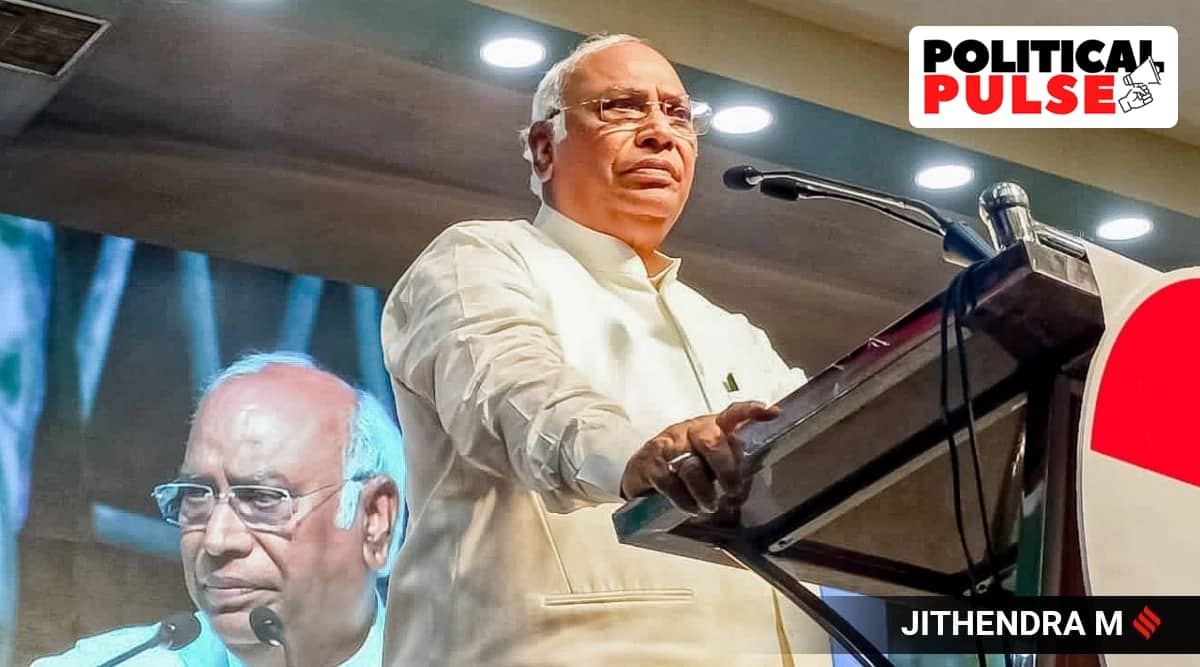 Days after it enthusiastically welcomed the Supreme Court judgment upholding 10 per cent reservation for economically weaker sections (EWS) in general category, the Congress on Saturday signaled that it is having a relook, or a political review of the ruling in the wake of strong objection from leaders from southern states, especially Tamil Nadu.

This came on a day Tamil Nadu Chief Minister M K Stalin, chairing an all-party meeting in Chennai, including the Congress, “rejected” the 103rd Constitutional Amendment providing a 10 per cent EWS quota.

On Monday, the Congress had welcomed the top court’s judgment and claimed credit. Party general secretary in charge of communications, Jairam Ramesh, had said that the Amendment “was the result of a process initiated by Manmohan Singh government in 2005-06 with the appointment of the Sinho Commission that submitted its report in July 2010.”

“Thereafter, widespread consultations were held and the Bill was ready by 2014. It took the Modi sarkar five years to get the Bill enacted,” he had said.

Subscriber Only Stories
View All
In Jamtara, old panchayat buildings turned into libraries and study circl...
Budget 2023: Choosing the right tax regime
Nirmala Sitharaman: ‘This is a golden opportunity for India. We should re...
From a board in Dadar to 1 lakh staffers, Railways makeover with eye on p...
Monthly plan to access Budget
Opinion |SC verdict on EWS: Pushing upper-caste interests

“It also bears mention here that the Socio Economic and Caste Census was completed by 2012, when I myself was the Union Rural Development Minister. The Modi Sarkar has yet to clarify its position on an updated Caste Census, something that the Congress party supports and demands,” he had said.

Ramesh’s statement was surprising since the party had, in its 2009 and 2014 Lok Sabha election manifestos, promised to carve out reservation for EWS category for “all communities” without in any way “affecting existing reservations for SCs, STs and OBCs”.

Several leaders from Tamil Nadu, sources said, have told the leadership that the party’s blanket welcome for the judgment was inappropriate given that it had been in favour of reservation for EWS of “all communities”. Many leaders argued the party should not have rushed to welcome the SC verdict.

The churning has forced the party to have a review of the judgment to nuance its stance.

Sources said party president Mallikarjun Kharge and some other leaders are studying the social and political impact of the order, while senior leaders P Chidambaram and Abhishek Singhvi would look at the legal aspect.

In fact, Chidambaram was among MPs from Tamil Nadu who had gone public with their opinion expressing reservations against the judgment.

Referring to the minority judgment delivered by Justice S Ravindra Bhat and CJI U U Lalit, Chidambaram had said: “The powerful dissent of the two Honourable judges underlined the truth that the basic structure of the Indian Constitution did not permit exclusion. There are poor among all castes and communities. The moot question is will the poor be treated equally under the Constitution?”

Political Pulse |Reservations and politics, and how one shaped the other: From Independence to EWS quota

“We live in times that require a wise and compassionate understanding of the basic structure of the Constitution. I am sure the Supreme Court will be petitioned to revisit the issue on which the Honourable judges were divided,” he had said.

His son and Sivaganga MP, Karti Chidambaram, had also opposed the 10% quota, as it was exclusionary. If “economic” criteria is applied, it cannot exclude people based on “caste”, he had said. Similar views were expressed by his Lok Sabha colleague S Jothimani.

On Saturday, Ramesh issued a statement indicating the party’s decision to review its stand on the judgment. He noted that while three judges said the EWS category could exclude SCs, STs and OBCs and given different reasons for their respective positions, two judges have concluded that exclusion of SC, STs and OBCs from EWS category is unconstitutional.

“Along with many other parties, the Congress had supported the Constitution Amendment Bill in Parliament even as it had demanded a JPC on it for more detailed examination,” Ramesh stated on Saturday. “But it was pushed through keeping Lok Sabha elections in mind. A large number of issues have been raised by each of the five judges. The Congress is now studying them in detail.”

Ramesh also tweeted that “lest there be any doubt about it, the Congress has always supported reservations for economically weaker sections of all communities, without in any way disturbing existing reservations” for SCs, STs and OBCs in education and employment.

Hours later, Chidambaram tweeted: “I welcome the statement of AICC that the party will undertake a review of the judgment of the SC on reservation for Economically Weaker Sections. The exclusion of SC, ST and OBC from the new reservation has caused widespread concern among the people. The reason is that, according to the Sinho Commission, SC, ST and OBC constituted 82 per cent of the population below the poverty line. The poor form a class. Can the law exclude 82 per cent of the poor? This is a question that must be examined objectively and dispassionately.”