‘A moral giant’: South Africans pay their respects to Tutu

Anglican clergy - women and men, black and white, young and old - lined the street to honour the cortege carrying Tutu's body to the church. Members of the Tutu family accompanied the casket into the cathedral. 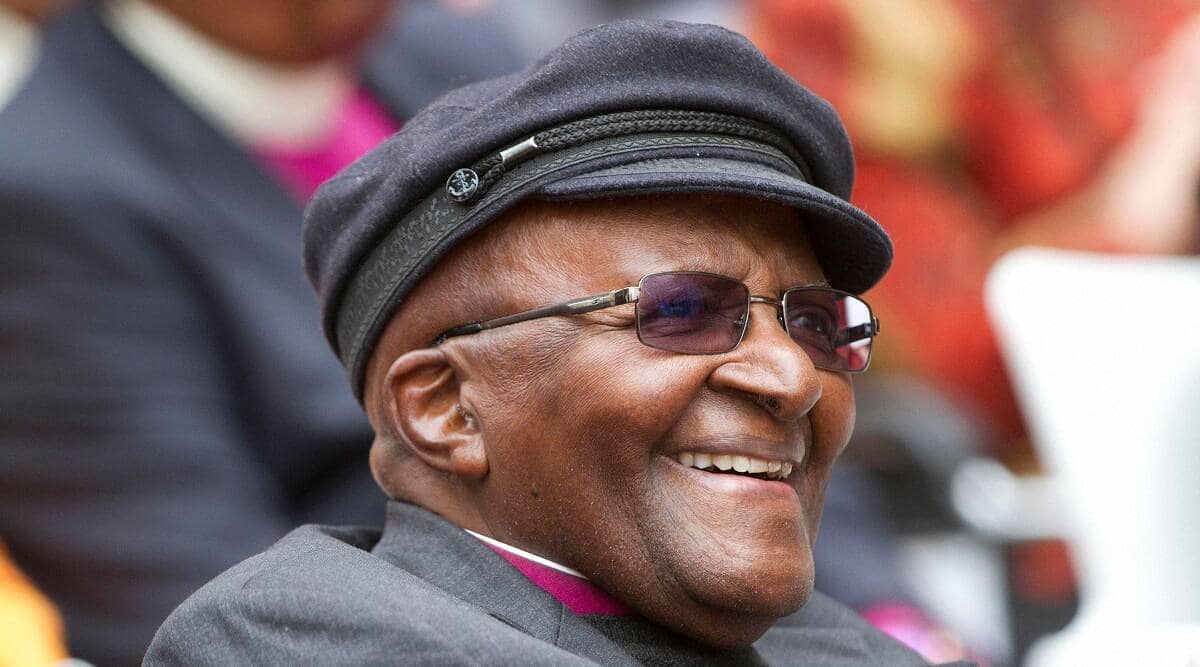 South Africans of all walks of life are paying their respects to Desmond Tutu, the Nobel Peace Prize-winning Anglican archbishop whose plain pine casket is on view Friday in St George’s Anglican Cathedral in Cape Town.

“He was a moral giant. He was a moral and spiritual giant loved and revered for fighting for equality for all people,” said the Rev Michael Lapsley, on the steps of the historic stone cathedral after Tutu’s coffin was carried in amid music, incense and prayers.

Anglican clergy – women and men, black and white, young and old – lined the street to honour the cortege carrying Tutu’s body to the church. Members of the Tutu family accompanied the casket into the cathedral.

People began filing through the lofty cathedral to light candles and view the small, simple coffin with rope handles which Tutu had said he wanted to avoid any ostentation or lavish expenditure. Many sat in the pews to pray and reflect on Tutu’s life.

More than 2,000 people visited the cathedral on the first day of viewing on Thursday. A requiem mass for Tutu will be held on New Year’s Day before he is cremated and his remains placed in a columbarium in the cathedral.

“His work did not stop with the end of apartheid,” Lapsley said, in reference to South Africa’s regime of racial oppression which Tutu prominently opposed and which ended in 1994 when South Africa held democratic elections.

“Archbishop Tutu bravely championed the equality of all people. He transformed the church by bringing women into the clergy. He championed the LGBTQ community for whom he is a hero all over the world,” said Lapsley, Canon of Healing at the cathedral.

An anti-apartheid activist priest whose hands and one eye were blown off by a letter bomb sent by South African agents in 1994, Lapsley said Tutu helped him find reconciliation and a new role in the church.

“The face of the church has changed. It has women priests and women in positions of leadership. It has people of all colors. Our church welcomes LGBTQ people. That’s all thanks to the leadership of Archbishop Tutu,” said Jakobsen, who served as Tutu’s personal chaplain when he was archbishop.

At the height of apartheid, Tutu mixed all races in the church, said Jakobsen.

After the viewing Friday, Tutu’s body will remain alone in the cathedral, “a place that he loved,” according to a statement from Archbishop of Cape Town Thabo Makgoba.

The cathedral, the Anglican church’s oldest in southern Africa, dating back to 1847, shows the changes encouraged by Tutu. The Crypt Memory and Witness Center has public education programs to encourage healing and social justice.

The graceful stone structure built by British colonialists beneath Cape Town’s soaring Table Mountain was converted by Tutu into a center of anti-apartheid activity. When the apartheid regime banned political gatherings, Tutu held meetings in the cathedral where participants bowed their heads ostensibly in prayer and heard political speeches. Nelson Mandela called it the “People’s Cathedral.”

With her gray hair pulled back in a ponytail tinged with purple, and wearing a brightly colored rainbow mask,” the Rev Maria Claassen said she was paying homage to Tutu.

“He was a very humble man but to sit in the same room with him, you could feel the strength of his presence, of his convictions,” said Claassen, an Anglican priest in Cape Town’s Durbanville area. “He inspired us and now we celebrate his life.”