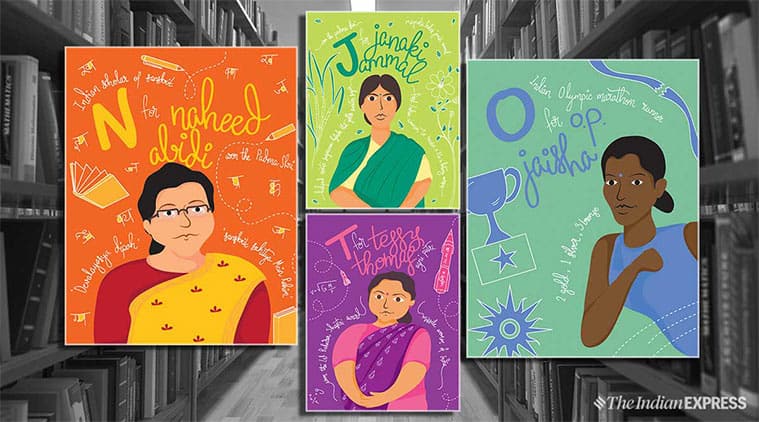 Happy Women’s Day! (Pics courtesy: She Can You Can, published by HarperCollins Children’s Books / Designed by Gargi Singh)

Here are eight Indian women who you may not have heard of, who stand for being enterprising, confident and fearless.

What she said: ‘The supreme court and the government should appoint more women in the high courts because the proportion of lady judges in high courts is very low. It has to be raised.’ – Fathima Beevi

In 1989, Fathima Beevi overcame incredible odds and shattered the glass ceiling. She not only became the first woman judge in the Supreme Court of India but was also the first Muslim woman to reach this post in all of Asia! Interestingly, Fathima’s original plan was to pursue a Master’s in Chemistry, but she switched to law after learning about Anna Chandy, the first woman judge in India. Anna paved the way for women to take up law in a country filled with male barristers and judges.

What she said: ‘My work is what will survive.’ – Janaki Ammal

The next time you take a crunchy bite of some delicious Indian sugarcane, remember that it took the paradigm-defying efforts of Padma Shri Dr Janaki Ammal to make it this sweet. When most Indian women could not even make it to high school, this extraordinary woman beat caste and class divisions to become an internationally renowned botanist. While in England, she conducted chromosome studies over a wide range of garden plants. Magnolia was one of the plants that she worked on and to this day, the Royal Horticultural Society at Wisley has a variety of small white flowers named after her – the ‘Magnolia Kobus Janaki Ammal’.

What she said: ‘Through my work on RahimI want to tell people that he (Rahim) had great respect for Sanskrit and Hindu religion.’ – Naheed Abidi

Only in India would you find a Muslim woman revered for being one of the foremost experts on Sanskrit, the language of the Hindu Vedas. One of the oldest of all human languages, Sanskrit is now spoken by less than one per cent of all Indians. Of its few speakers, only a handful are as skilled as Naheed Abidi, who has translated reams of Sanskrit poetry and holy texts into other languages. In recognition of her efforts in the field of literature, the Government of India presented Naheed with the Padma Shri Award in 2014.

What she said: ‘When you have nothing to fall back on, you must grab the opportunity that comes your way and put your heart and soul into athletics. I did just that at Assumption College.’ – O P Jaisha

Rising from the horrors of abject poverty, O.P. Jaisha is not the most successful or the most famous Indian athlete, but she certainly is one of the grittiest. Her journey, from having to eat mud for survival to becoming a national-level marathon record holder, is an awe-inspiring testimony to human resilience. Despite everything, Jaisha still went to school. And one day, at a cultural festival, she was given a chance to run – as a last-minute replacement. Barefoot, Jaisha sprinted across the field and comfortably won the national school championship. She has represented India at several international events and brought home several medals. 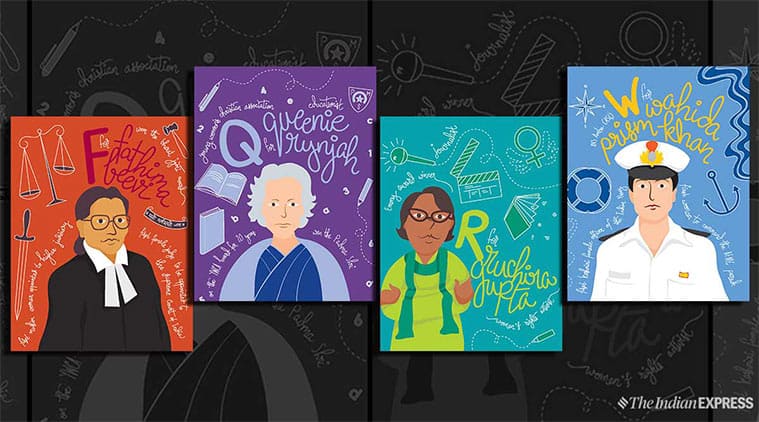 Learn about these inspirational women.

What she said: ‘To live a long life,keep[ing] a happy disposition is a gift.’ – Queenie Rynjah

Girl Scout, school principal, social worker – Queenie Rynjah exemplifies what it means to be a strong-willed woman. Queenie—born Queenie Madaline Dunn—displayed passionate leadership very early in her life. She received the ‘Bluebird Guiders Warrant’ by the Girl Guide Association of India in 1937 and later became one of the founding members of the Meghalaya Bharat Scouts and Guides. After her marriage, Queenie started teaching at the Pine Mount School in Shillong. She was a great teacher; her passion and hard work led to a successful 25-year-long career as headmistress of the Pine Mount School. When she retired from her career as an educationist, Queenie put all her energy into serving the community through her social work.

The Selling of Innocents, an evocative and Emmy-Award-winning documentary movie (under the News and Documentary category, 1997) that looks at sex trafficking in India, was the brainchild of journalist and activist Ruchira Gupta. Gupta is a policymaker, a sex-trafficking abolitionist and a determined visionary who has testified to the Indian Parliament on amending its trafficking laws. She is one of the loudest voices and an indomitable force behind one of the world’s biggest organized movements fighting against prostitution, sex trade and human trafficking. She quit journalism to focus on activism and worked with 22 of the women featured in her documentary to found ApneAap, a grassroots organization dedicated to ending sex trafficking.

Words on the icon: ‘A poster of Tessy in every Indian school will wreck stereotypes and create enormous career aspirations for girls.’ – Anand Mahindra, Chairman of the Mahindra Group

If Dr A.P.J. Abdul Kalam is the Missile Man of India, then Tessy Thomas is the Missile Woman of the country. After all, it’s her signature on the Agni series of intercontinental ballistic missiles – the backbone of India’s nuclear deterrent. Tessy is not only the first woman to head a missile programme in India, but also one amongst a handful of women in the world to head a flagship missile programme of this magnitude. Considering the gender gap in the field of science in India, heading the nation’s apex defence project has been a tremendous achievement for Tessy.

What she said: ‘Nothing is impossible if you are determined. Parents should give total freedom to their daughters in matters of career choice and daughters should live up to that trust.’ – Wahida Prism Khan

When Wahida joined the Indian Navy in 1997, it had only been five years since women were first allowed in combat roles in the naval branch of the armed forces. Growing up in Jammu and Kashmir, she had never seen a woman army officer, but she never let these factors deter her. Today, as Surgeon Lt. Commander, she is the first woman from the militancy-marred state to serve in the Indian Navy. Inspired by the prism’s seven reflecting colours, her father (Gulzar Ahmed) gave Wahida her middle name – Prism. Wahida’s relentless drive and her courage to follow her heart shows that gender hurdles can be overcome if you are determined to achieve your goals.

(Excerpted with permission from She Can You Can, written by Garima Kushwaha and illustrated by Anatasia Damania, published by HarperCollins Children’s Books.)