'I have always challenged gender, and I have challenged boxes, for girls and boys. Instead of asking a boy why he has long hair, and why he is wearing a dress, let him choose, and let us encourage that.' Kamla Bhasin’s two recent books, Satrangi Ladke and Satrangi Ladkiyan paint a colourful picture of young boys and girls, their childhood, and how they are all dissimilar. (Express photo by Bhupendra Rana)

There are some things that nature gifts us, and then there are other things that society constructs. Sometimes though, it ends up imposing certain outmoded beliefs on other people. For kids, especially — with all their questions and curiosities — this can prove to be counter-productive and detrimental to their growth and psyche.

Author and poet Kamla Bhasin understands this. In fact, she has been challenging the very idea of gender and its norms for years now, calling out patriarchy through her writings. Her two recent books, Satrangi Ladke and Satrangi Ladkiyan — published by Pratham Books — paint a colourful picture of young boys and girls, their childhood, and how they are all dissimilar. In a quick chat with indianexpress.com, Bhasin says it is all right to be different, because that is how nature has made us. No two people are alike, she says, and that is why the differences should be celebrated.

“I have always challenged gender, and I have challenged boxes — for girls and boys. Boxes are bad for all. In these books also, we are calling them ‘satrangi‘ (signifying seven colours of the rainbow, in Hindi). Everybody is different in nature; there are no two human beings that are exactly the same. But patriarchy wants all the men in the world to behave in a certain way, and all the women to behave in a certain way, too… Have they lost it? Not once does nature say that the tall man is superior or the fair woman is superior, and the dark one is useless. In fact, nature says its every creation is beautiful. We are all different, but not unequal; society makes us unequal — with the gender rules, the caste rules, the race rules,” she remarks.

Like all her books, Bhasin says, these too were written in Hindi first. But the publishers asked her to also translate them into English. The books are available in many other languages, too.

On the relevance of the books in today’s times, and why parents should be reading them to their children, she comments: “Every child is special. So, instead of asking a boy why he has long hair, and why he is wearing a dress, let him choose, and let us encourage that. Let us all understand that gender is imposed on people. Let’s not push people into those boxes — male-female, rich-poor, Hindu-Muslim, etc. We can see in India how badly we need equality.”

Interestingly, the contents of both the books were read aloud by some celebrated personalities who came on board at the behest of author Tanu Shree Singh. Singh, who co-founded Reading Raccoons, a popular online reading group, crowd-sourced these readings to spread the message of hope with children stuck at home in lockdown. Apart from Bhasin herself, and illustrator Priya Kuriyan, the videos feature former cricketers VVS Laxman, Sanjay Manjrekar, Aakash Chopra, Irfan Pathan, commentator Harsha Bhogle, actors Ratna Pathak Shah, Lovleen Misra, Sumeet Sachdev, among others. They also feature writers Shals Mahajan and Jerry Pinto, as well as two kids — Geeta and Raja.

“I was planning something like this for some time and then it came to me that these books have an important message, and if we could do this in different voices, it would be sweet and the children would be able to connect,” she tells indianexpress.com.

Singh wanted to attempt it because it seemed “like a fun idea”. “If children have these role models who tell them that it is okay to be different, it makes much more of an impact. If we have different voices saying the same thing, it would be beautiful. When we started, we thought, why would anyone do it for free? At the crux of it was utter shamelessness, and optimism — after all, what is the worst that could happen? They will say ‘no’, and it is okay. We went with low expectations, but so many big names joined. It was endearing to watch the videos. I think these kinds of readings help children, as it gives them a way to connect and interact with the authors,” she explains.

If, as a parent, you are looking for something impactful for your child, reading these books with them may be a good way to start the conversation on gender. 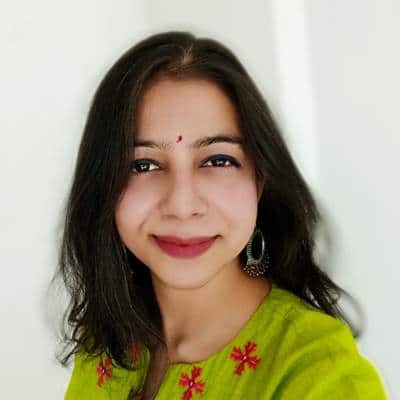