Happy Father’s Day: Fathers do much more hands-on caregiving now than ever before — changing diapers, getting up at night, taking children to the doctor, prepping meals, feeding, sharing drop-offs and pick-ups, and helping with homework. 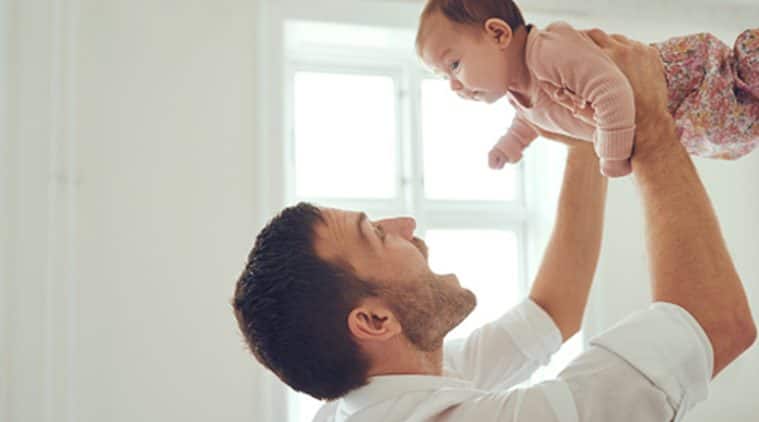 The relationship between a father and child deeply impacts a child’s long-term development.

Father’s Day 2019: Being a dad can change your life in unimagined ways! The unique and powerful role that fathers play in their children’s lives begins early — right from conception. Research shows that when fathers are involved in the pregnancy, providing mothers with help and support, they are more involved in parenting later on: reading with the child, performing caregiving tasks, and providing emotional support to the child throughout development.

In fact, the relationship between father and child is important for development in all domains — physical, social-emotional, cognitive and self-reliance. Today’s generation of fathers understand this well; they are more involved in parenting than those before them, striving for a better work-life balance and viewing fatherhood as an aspiration. In fact, 90 per cent of millennial and Generation X dads say that parenting is their greatest joy.

Science tells us that the relationship between a father and child deeply impacts a child’s long-term development in many critical ways. Young children with involved fathers tend to be more patient and better able to handle stress and frustration once they’re in school. Dads who are present and involved from birth are more likely to stay involved throughout their child’s life. Children with involved fathers are less likely to experience depression, obesity, teen pregnancy and more.

Recent early childhood literature from the department of psychology at the University of Cambridge (Professor Michael Lamb) states that children turned to fathers when they wanted to play and turned to their mothers when they were stressed or upset. Both parents are very important. Generally, mothers do more of the explicit nurturing, while fathers tend to be more involved in play, particularly physical play and “rough and tumble” play. However, fathers do much more hands-on caregiving now than ever before — changing diapers, getting up at night, taking children to the doctor, prepping meals, feeding, sharing drop-offs and pick-ups, and helping with homework.

The ‘Super Dads’ initiative is part of UNICEF’s #EarlyMomentsMatter campaign, which aims to drive increased understanding of how children’s environments and experiences in early childhood can shape their future health, well-being, ability to learn, and even how much they will earn as adults.

There is no time more critical for brain development than the first 1,000 days of a child’s life, and there’s a growing body of evidence that fathers hold a huge stake in this process.

Meanwhile, the State of the World’s Fathers report, produced by Promundo, co-coordinator of MenCare: A Global Fatherhood Campaign, which is active in over 50 countries reveals new research findings. Conducted with Unilever, Dove Men+Care in seven countries and from Plan International Canada in four countries, it draws from interviews and surveys of nearly 12,000 individuals. It also includes cross-country data analysis from the International Men and Gender Equality Survey in more than 30 countries and provides recommendations to close the unpaid care gap in support of achieving gender equality.

State of the World’s Fathers 2019 provides concrete recommendations for individuals, communities, workplaces, and governments to achieve men’s uptake of 50 percent of the world’s unpaid care work. Having engaged, caring fathers can advance gender equality and women’s health. When fathers take on an equal share of the care work, it will accelerate progress for this generation and for the next, helping their children to support gender equality and break stereotypes.

It is just as important for men to hear and be shown affection from their children as it is for women. It’s great when a child does something that says to the father, “Today is your day, and I love you, dad.”

(The writer is an occupational therapist.)

Watch: Virender Sehwag and Shoaib Akhtar’s bromance ahead of India vs Pakistan clash