Imagine: Busting the myth of laziness — ‘Kids will do well if they can’

Laziness is not an innate trait, so let’s stop shaming our children about it. They will grow and flourish at their own pace which cannot be dictated by us. 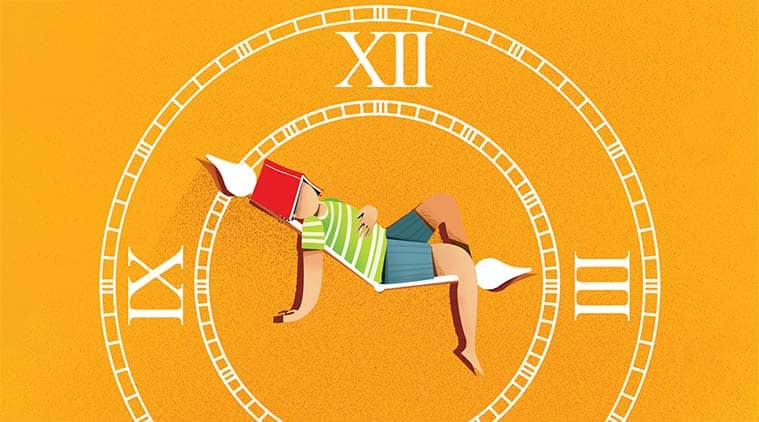 “He is just so lazy; he does not want to do anything in life.” Nikhil sat quietly listening to his father, shoulders stooped and looking utterly crestfallen. He had recently “failed” his exams, and his parents had dragged him to meet me in the hope of “fixing” their son. They had a long list of concerns for their 13-year-old, including his disinterest in studies, constant complaints from school about his “lackadaisical attitude”.

When I asked Nikhil about his views on the problem he shrugged and repeated his father’s words, “I am lazy.” This young man had bought into the story of laziness without questioning it. After all, if everybody in the society had decided that with such vehemence, then who was he to challenge it? He described how he struggled to get up on time for school, the procrastination, how fed up his parents were with his low grades and accused him of wasting his time. He shared why he hated the words that every teacher put in his report card, “not living up to the potential”, as according to him, it was “just a polite way of saying you are lazy”.

I am sure there is a part of you that might be thinking that all this criticism is justified. If he is not working hard and is lazy, then somebody has to prod him, otherwise he will end up wasting his life. I get where you are coming from, but I do not agree with it because there is a simple belief I have:

Kids will do well if they can

This statement was made by child psychologist Ross Greene (author of Explosive Child) and I think he has given a slogan for all the misunderstood kids of our world. Every child wants to do well. From the time they are little, they are wired to move forward, achieve and relish it. Have you seen the way a baby looks gleeful when you clap at every step she takes? As she grows older that glee comes from different skills she accomplishes — running, cycling, colouring, drawing, self-dressing, feeding herself, etc. After she joins school, she keeps getting a steady dose of it as she learns how to form letters, read, make friends. Every smiley and star from the teacher is like little fuel that keeps the motor of skill building moving forward. If things work out well for her, then she would gradually become independent, take pride in her work, regulate herself to be an efficient human being. We all marvel at children like her as they tick all the boxes for a smart kid whose success in life is ensured.

Then we have kids like Nikhil who are just not getting it right. We rail at them for having no sense of time, being disorganised, not listening, procrastinating, being messy, scattered and yes just plain “lazy”. However, is this laziness or something else? If every child will do well if he can then we need to know what is stopping him? Is there a learning or attention difficulty or a certain wiring of the child’s brain that is coming in the way of his moving forward? Or what we see as laziness is actually depression due to which the child is refusing to get out of the room and go to school or college? Maybe he is struggling with feelings of worthlessness and hopelessness, and our condemnation is making him shut himself further.  Is there a possibility that perhaps our expectations are too high and he does not fit into our idea of a perfect child? Or is he just a late bloomer and will take time to find his niche and blossom?

It could be any of these reasons and some more, but it is definitely not laziness. And one thing is crystal clear — shaming is not going to work and will actually damage his sense of worthiness and your relationship with him.

So what can we do instead? No child wants to, on purpose, not do well or be shamed for being lazy. (Source: Getty Images)

“He or she is so lazy” is the single most frequent complaint I hear from parents and teachers. It is like a convenient dumping bag of all problems. After my assessment, when I tried to explain to Nikhil’s parents that he had an attention and learning difficulty due to which skills like focusing, managing time, organising his stuff, self-regulation could become a challenge for him, his father dismissed my words with, “There is nothing wrong with him, he is just lazy!” He preferred to see his son as lazy rather than having a genuine difficulty for which he could not be blamed! The reason is that when a child is lazy then we have the permission to shame him and expect him to do something about it. However, when it is a real problem of wiring, emotional problem or our high expectations then we have to accept and do something about it, but we are not ready to take that responsibility.

No child wants to, on purpose, not do well, or be shamed for being lazy. When a child is not doing well, what they need is our compassion and curiosity so that we can empathise with his struggle, but we can also go one step ahead and understand what is holding him back. It took Nikhil’s parents some time to accept his learning difficulty, let go of their assumptions and judgment and listen to their child and understand his hardships.

Mindful of our language

The way we talk to our children become their inner voices and the way we talk about them become their life stories. It is through the words we use for them that the children start constructing their sense of identity. If others describe Nikhil as a “slow learner,” “lazy,” “unmotivated” then that is what he will see himself as — that will become his main storyline and he will live his life according to that. If you are a parent or a teacher, ask yourself, honestly, what words do you use to talk to your children and about your children?

Use their strengths and skills

Nikhil was passionate about football and a skilled player. When I asked him what skills were required to be a great football player, he shared, “practice daily,” “be a team player,” “stay calm under pressure.” After some discussion, we decided to try using the same skills for his school work with his mother, older sister and his tutor as his team players. We sent a letter to the class teacher who to everybody’s surprise joined in enthusiastically. Once she understood that Nikhil had a learning difficulty she went all out to support him.

We try to correct children by criticising them even though we know it will not work. Our parents did this to us and we do it to our children without much thought. After shouting at them, “I am sick and tired of your laziness,” do we really believe that children will turn around and say, “I am sorry Mum, but from now on I will always do everything on time,” and all problems will be solved? Of course not! Apart from instigating their rebellion, we will not achieve much. Instead what works is watering their seeds of worthiness, recognition of every micro-step they take to rise to the challenge and put in the effort. “I noticed that you sat down and attempted to do Math homework even though you find it difficult,” “High-five for getting up on time this morning,” “I see that you have put out your dirty clothes in the laundry for a wash.” These might seem insignificant but through our words of recognition, we are watering the wholesome seeds of hard work and effort and changing their storyline.

Laziness is not an innate trait, so let’s stop shaming our children about it. They will grow and flourish at their own pace which cannot be dictated by us. Remember, we cannot stopwatch our kids to success! 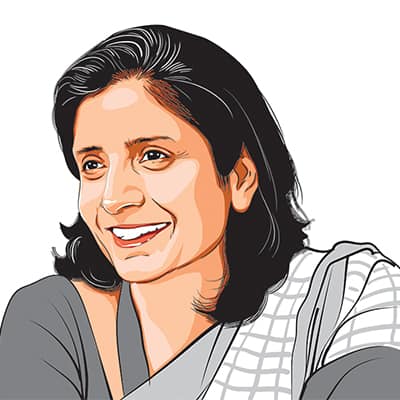