Travel with Tots: Let your child learn to eat all kinds of food

One of the biggest factors that parents worry about is food. Know this: your child will NOT go hungry. 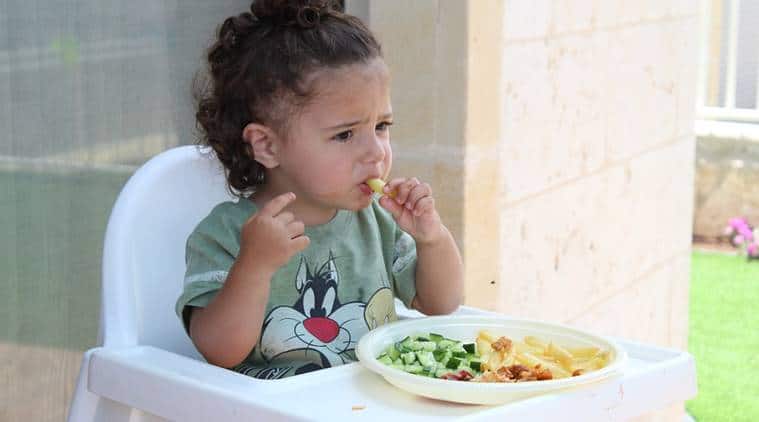 One of the biggest factors that parents worry about is food. (Source: Pixabay)

(Travelling with kids doesn’t have to be painful and exhausting. In this two-part series, we tell you how to make it fun and rewarding. In Part 1, we focus on one of the biggest worries parents face: food.)

It would be a futile exercise to begin this article by espousing the benefits of travel. But I’ll do it anyway! We’re all well aware that travel expands the mind and leads us to explore myriad and diverse cultures, people, cuisines, traditions, and opens up a plethora of experiences and interactions. So, what I don’t get is why people are so worried about travelling with young children, and why they don’t do it more often. As a family, it’s not that my husband and I sat down and made a conscious decision to travel with our children when they were very young. It was organic. The family became three and then four and while destinations were planned keeping their ages in mind, it was never assumed that we would stop or reduce the travel because we now had kids, or leave them behind.

But I’ve often been asked how we manage it, especially because we tend to take long holidays. The fact is, you don’t need to rejig your life and your travel plans. If you start early, kids fit right in and are, in fact, far more resilient. We’ve done China, Hong Kong, Singapore, Indonesia, Thailand, Malaysia, Vietnam, Myanmar, Kenya, Tanzania, the US, Uzbekistan, and this is just the international travel.

You can have a great holiday with some time aside for the both of you or just yourself and also do the fun, family stuff. Believe me when I say, you don’t have to feel like Cinderella whose ball only starts when she comes back home.

Go easy on the food

One of the biggest factors that parents worry about is food. Know this: your child will NOT go hungry. My younger one was just 2+ when we did Kuala Lumpur, Bangkok, and Phuket. Now she wouldn’t eat most of the stuff at the restaurants, but she loved and still loves fruit. Thailand has a lot of roadside fruit sellers and she would happily chomp on those while in her stroller. The other saviours were French fries, or potatoes, in any form, and rice. So, if you can just let go of your hang-up that your child needs to eat every meal properly, the way she would at home, you’ll see that a change in routine for a few weeks will not matter at all. You’ll stress less and the child will happily eat what she likes. I also carried small packets of cereal (like Chocos). At an airport layover, I would just ask for plain milk at whichever restaurant we were sitting at, and that would be her meal. This was also handy for in-between snack times such as 6 pm, when you’ve had a late lunch and you know you’re going to step out for a late-ish dinner.

On outdoor holidays where you are likely to be doing some adventure activities (an early morning snorkelling jaunt or parasailing in the middle of the day), you can’t always stick to timings, so carrying a banana, or some dry fruit is always a great idea. A packet of crisps or biscuits is also fine. I never stop my kids from trying local snacks either, and in most countries, the 7-11s have decent enough snacks (sausage on a stick) to bide some time.

Being out in another country is also a great opportunity to introduce young children to other foods, such as seafood for example. You can shell cooked prawns and break them into little bits and have your kid try that with boiled rice. In Beijing, we got my then 4-year-old to try duck, and she loved it (it’s another matter that she thought it was chicken)!

The other thing I’ve noticed is that most parents themselves have issues (let’s say, with airline food), so if you voice that, your child is going to pick up on it. Let your child learn to eat all kinds of food, and airline food is absolutely fine. It’s not gourmet standards, but it’s OK. Don’t carry home food; let them be OK with what everyone else is eating. I always carry snacks, but never a meal and thanks to this I’ve never had to worry about choosing a particular airline. I know they’ll eat whatever is available. Also, make allowances for beverages and other junk that you wouldn’t allow on a regular basis. Kids should also feel like they’re on holiday, so if you impose the same rules, they won’t enjoy it. The other thing I’ve noticed is that if you relax then rules a bit while on holiday, kids tend to comply better once back home because they realise the rationale behind needing to restore balance.

Travelling with Kids: How to manage food for kids on the go

Travelling with kids: Why it’s a good idea to eat like a local