Ultimately, children are mere reflections of their parents, and their lives at home, which makes it imperative that rules and teachings imparted to them apply equally for all family members, with no exceptions. 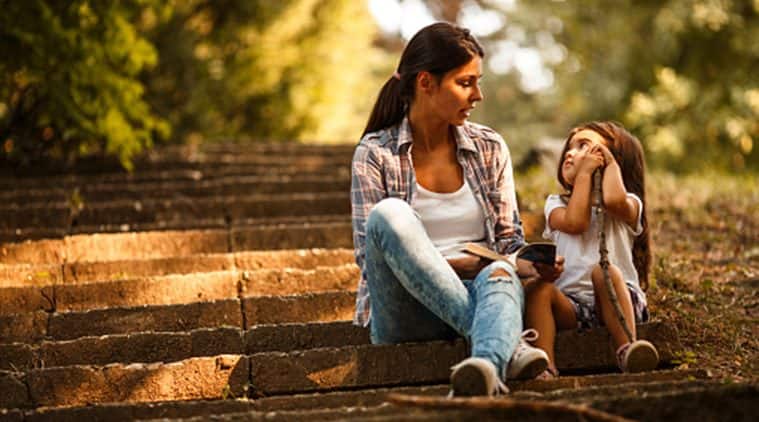 The older we get with each passing year, the more we all come to realise that our childhood days were quite possibly, the best part of our lives. Being the crucial founding years which go on to impact the rest of a child’s life, parents take great care to groom their kids during their early days, investing considerable time and money in their future. Thus, it often comes as a disappointment when you observe a sharp contrast in your kids’ behaviour in school and at home. While most children are aware and diligent about being polite, using the magic words ‘please’, ‘sorry’, and ‘thank you’, and following general practices of good conduct, while at school and outside their comfort zone, they tend to let go at home. Instilling the same good habits at home, and getting them to listen, makes for a frustrating task. In addition to that, most modern parents of today do not live with relatives who can take over while they are busy, making parenting a daunting task for them. Thus, mentioned below are a few of the basic principles to keep in mind, in order to make your child listen to you.

As a general rule, children imitate what they see others doing. So the first step is to practice what you teach, instead of just telling them what to do or not do. While minor transgressions due to absent-mindedness are to be expected, once the child begins observing everyone around him indulging in correct behavioural practices, he would soon adopt them as well. Instead of correcting the child every time he falters, or telling him what the right thing to do is, this makes the process interactive, and encourages him to learn it directly from his role models – his parents. Be firm but gentle

Many a time, out of frustration, parents give in to their child’s stubborn tantrums, irrespective of how ridiculous the demands may be. While seemingly harmless, this sets a bad precedent, especially since a child’s mind deems it occasionally excusable, as a result. This is why it is very important that you know how to say no to your child, and firmly adhere to it. When a child is misbehaving or refusing to follow instructions, you need to be fair and firm, while also being gentle, and acting out of love. The discipline needs to be connected with the behaviour, even if it might be difficult for the child to understand, at first. This helps re-establish the sense of right and wrong in the child’s mind, and makes him listen to you, since he understands that it is the behaviour that is being corrected, and isn’t an indicator of your displeasure with him.

Several parents still believe in the popular adage of “spare the rod, spoil the child”, but physical punishment is, in fact, among the worst practices when it comes to training your child. While it might work in the short term, it only instills fear, instead of teaching the child right and wrong, and makes him even more adamant. Children who are hit by their parents are extremely prone to bullying, fighting with other children, law-breaking, engaging in antisocial and criminal behaviour, and using verbal or physical aggression to solve disputes. In fact, it even seeps into their very being, manifesting later in their adult lives, in the form of poor parent-child relationship, mental health issues, domestic violence or abuse, and more. Thus, you must always treat your children with compassion and love, being responsive to their gestures and sensitive to their needs, while supporting and accepting them as individuals. This promotes trust and faith, and makes you a safe haven for your child, which, in turn, makes them much more responsive to what you say.

Watch video: How to talk and listen to your children

Be patient and consistent

A large part of parenting depends on patience and perseverance, especially since failures and mistakes are a fundamental part of a child’s learning process. Trying to understand the child’s perspective, and the reason why he made the mistake, can go a long way in helping you bond with him. In fact, patience and understanding is especially important during crushing failures and mistakes, as it teaches him that nobody is perfect, and what is important is to learn from one’s mistakes instead of repeating them. When the child observes you consistently exercising empathy, understanding, and patience, he automatically strives to do better, because above all, he wants to please you.

Ultimately, children are mere reflections of their parents, and their lives at home, which makes it imperative that rules and teachings imparted to them apply equally for all family members, with no exceptions. This helps reinforce core family values and helps them appreciate fairness and integrity, thereby encouraging them to actually want to listen to you, instead of being forced to.

Nandita Swetha: I play the only girl who is good in Bluff Master