Chef Manish Mehrotra: ‘I steal chocolates from my daughter’s room at night’ 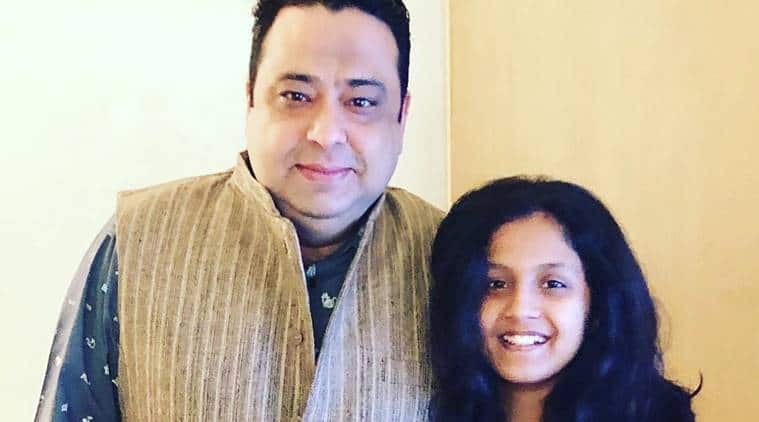 He is a leading light among gourmet gospels in the country. Chef Manish Mehrotra of Indian Accent, New Delhi, is a voice of authority in the food universe, having trained leading chefs in the business in his kitchens. Busier than the proverbial bee (with the outposts of Indian Accent thriving in New York and London as well) Manish also plays a cool dad to his 12-year-old daughter Adah. Excerpts from a snappy conversation:

Why the name Adah?

My wife and I wanted a simple name, but one that was slightly uncommon. It actually suits our daughter as she is graceful and charming, as her name connotes.

What is that one thing that you and Adah have in common?

Both of us enjoy our food (laughs)! We work together as a team. She is a silent critic. We don’t exchange comments on the food when we eat out. We simply exchange looks and all – good, bad, ugly – is understood.

We go out for Sunday brunch. That’s a family outing. Adah loves eating sushi, so usually she takes a call on where we go to dine.

My work brings in a sizable amount of travel. This makes it difficult to spend too much time together. Then teenagers these days are as it is busy with friends, classes…

Do you whip up exotic fare at home?

As I always say, your definition of exotic might differ from my definition of exotic. I believe in celebrating my roots. Kaali gajar ka halwa is something we have grown up on; I have simply glamourised it with a serving of cinnamon or ginger ice-cream. It is my answer to the carrot pudding of the West. See, earlier everything including papad, jam, squash, achar…we made at home. The scenario has changed now.

I hated beetroot earlier. Glugging beetroot juice is big now but did any of us drink beetroot juice while growing up? No. We grew up on musambi juice, orange juice, watermelon juice…I had always seen beetroot either carved as a duck-shaped centrepiece in the huge salad on display at the buffet at weddings, or maybe in poriyal in South India. But the more I travelled across Denmark , Finland, Sweden…the more I was destined to eat it, as the beet appeared in various appealing forms at cafes and restaurants. I realised I could celebrate the vegetable in multiple ways: salt crusted, poached, ash stroked…and so lifted the ban on the vegetable across the menus at all my restaurants (laughs heartily).

What do you and Adah fight over?

Often, I feel like eating chocolate at 2 am. Then I steal chocolates from her room.

Enjoy the time you have with your children. They grow up too fast.

China says will guarantee pensions amid warnings of funds drying up