Avengers Endgame: Parents tell us if they will take kids for this Marvel movie

Marvel's Avengers: Endgame has released and fans in India are going berserk to watch the movie. But as a parent, would you want to take your child for a screening? We asked some parents and here's what they said. 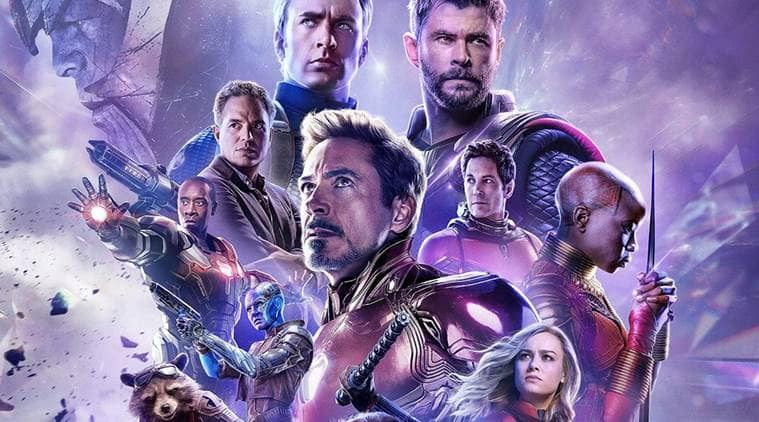 A while ago, the Avengers: Endgame cast appeared on an episode of Jimmy Kimmel Live to read a genocide-less version of Avengers: Infinity War. “While children love superheroes, I’m not so sure how they feel about intergalactic genocide. It is no fun to see Spider-Man die,” Kimmel had said.

With the release of the much-awaited film Avengers: Endgame, Marvel fans in India are going berserk about watching the movie. But as a parent, would you want your child to watch the movie? We asked some of them and here’s what they said:

‘Avengers is about unity, team effort’

“Of course! We are going for a 7 am show tomorrow with my son. I think Marvel movies are kid-friendly. Teach your child to take it only as a movie and nothing else. Avengers can teach your child a lot of things about unity, team effort, and how to use power responsibly, among other values which can help you in your daily life also.”

‘Too intense for kids to watch’

“I am totally against taking my kids for this movie and for that matter, superhero movies. But I will surely not take my son for Avengers: Endgame. The violence in these movies is hard-hitting. Not to mention the strong language used. Secondly, these movies create a hypothetical world where heroes do things one can’t do in normal life. But kids try to follow that because these heroes move them. There are also a lot of intense scenes which I believe children should not be exposed to. Of course, they will gradually adapt themselves to the society and its reality as they grow older but why start now?”

‘It’s all about good vs evil’

“Marvel movies have been made in a way to cater to a larger audience, and that includes children. There is violence, of course, but it is not gory. It essentially revolves around the theme of good vs evil and that’s what you need to tell your child. So, yes, I will take my son to watch the movie, once the tickets are available.”

‘Not all superhero movies are for kids’

“Children who are really into Marvel will watch it. That said, some of the superhero movies are not all kid-friendly. My daughter is older now but I would not want younger kids to be exposed to strong language. As for this movie, I am yet to watch it.”

‘Kids are exposed to all sorts of influences anyway’

“With the kind of exposure kids have nowadays, there isn’t really much you can do about censoring things. As far as this movie is concerned, more than violence and language, it is a lot about technology which kids love. I will have to watch the movie to see if can have a bad impact but I am hoping they have made it keeping all age groups in mind. As far as kids are concerned, we need to teach our children that there is going to be all sorts of influence around them anyway. The idea is to tell teach them to know right from wrong. The time has gone when you could just keep your kids inside the house to protect them. From these movies, we need to get kids to extract the good things, and figure out what is wrong in it and not do them. My son is old enough to know what bad language is, and has a sense of right and wrong. Some day, he is going to step out and the real world should not be a shocker for him. I will only make him more vulnerable if I keep safeguarding him from everything.”

‘Cannot forbid my child to watch it’

“My son will definitely watch it because it is a long-awaited film and he is not that young for it either. Also, forbidding it will only make your child want to watch it more. It is the talk of the town and children are discussing it. If I don’t take him, he might just watch it with friends, on some other platform. Although I have my own reservations about the content of these movies. These movies are violent. Ideally, I think such content is not meant for children.”