Doctor in the House: Does your child have earache? It could be otitis media

The infection of the middle ear is commonly seen in children between six months and two years, but older children can get it too Ear infections are usually caused by bacteria or viruses. Your child may have a cold or a fever, which causes congestion or swelling of the nasal passages and the Eustachian tube. (Photo: Getty/Thinkstock)
Listen to this article
Doctor in the House: Does your child have earache? It could be otitis media
x
00:00
1x 1.5x 1.8x

Acute otitis media usually involves an infection of the middle ear, which contains the three smallest bones in the body. This infection is more common in children. In some cases, the only treatment required would be pain relief and close monitoring, but in many cases, there is a need for a course of antibiotics. Some children get recurrent ear infections, which can lead to hearing problems and other serious infections, even involving the brain.

ALSO READ |Doctor in the House: Do you suspect speech delay in your child? Here are some tell-tale signs

If you suspect that your child may have a ear infection, then it’s time to visit your paediatrician:

Ear infections are usually caused by bacteria or viruses. Your child may have a cold or a fever, which causes congestion or swelling of the nasal passages and the Eustachian tube.

Children are more prone to ear infections as the tubes get clogged and do not drain easily.

Adenoids are lymphoid tissue which are important for immune development. They are close to the opening of the Eustachian tube. So when the adenoids swell up due to allergy, it can block the opening of the Eustachian tube. This, in turn, can lead to ear infection. This phenomena is seen more commonly in children as adenoids are larger in children, especially in those under five years of age.

ALSO READ |Doctor in the House: Is your child coughing a lot? Here’s what you need to know

Otitis media with effusion
Sometimes, the middle ear is filled with fluid. Usually there is no active infection and only fluid collects as there is dysfunction in the Eustachian tube.

Chronic Otitis media with effusion
In this condition, there is repeated collection of fluid and there is usually no evidence of either a bacterial or viral infection. As long as there is fluid, there is always a chance of repeated infections which can affect hearing.

Chronic Suppurative Otitis Media
Here, the infection is not completely clear despite antibiotics and can cause a hole in the ear drum.

ALSO READ |Doctor in the House: How to deal with fever in infants

Children who commonly get ear infection:

— The commonest age group is between six months and two years. This is because the Eustachian tube is narrow and their immune system is still in the developing phase.
— Children attending day care or in a group setting. Here, these children are more exposed to cold viruses
— Babies who bottle-feed, especially lying down are more prone to ear infections
— Exposure to cigarette smoke and air pollution
— In the West, fall and winter months see more ear infections
— Children who have cleft palate are also more prone to ear infections

Otitis media, especially if they are recurrent, can lead to complications:

— Mild hearing loss can be present when the baby has an ear infection because of fluid in the middle ear. This usually returns to normal once the infection settles down. In some cases, with recurrent infections the hearing loss can occasionally be permanent
— Children who develop hearing loss for long periods during the phase of speech and language development can develop speech delay
— Some children develop mastoiditis in which the ear infection can spread to the bone adjacent to the ear where pus accumulates. This can also spread to the brain, leading to meningitis
— Chronic Otitis Media can lead to a hole developing in the tympanic membrane, which can heal in most cases, but, occasionally, may need surgery to close the hole

ALSO READ |Doctor in the House: Is your infant drooling excessively? She may be teething

— Breastfeed your baby as long as possible, at least till six months. Breast milk has antibodies that help in fighting infections
— Prevention of coughs and colds is easier said than done. Don’t be in a hurry to start group activities with other children too soon. And, if you do, then keep the numbers small. Get children to wash hands frequently and to cough and sneeze into their elbow. Get the vaccines such as the pneumococcal and haemophilus inflenzae vaccine and the flu vaccine for children under five years on time
— Make sure nobody smokes at home
— If your child bottle-feeds, make sure he is not lying down and feeding
Lastly, if your child has been on antibiotics, make sure it’s completely healed before you stop the antibiotics 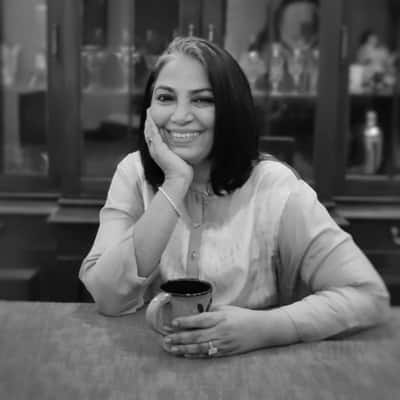