"I decided to join politics 22 years back when I saw collapse of governance system and corruption in Pakistan," the cricketer-turned-politician said. 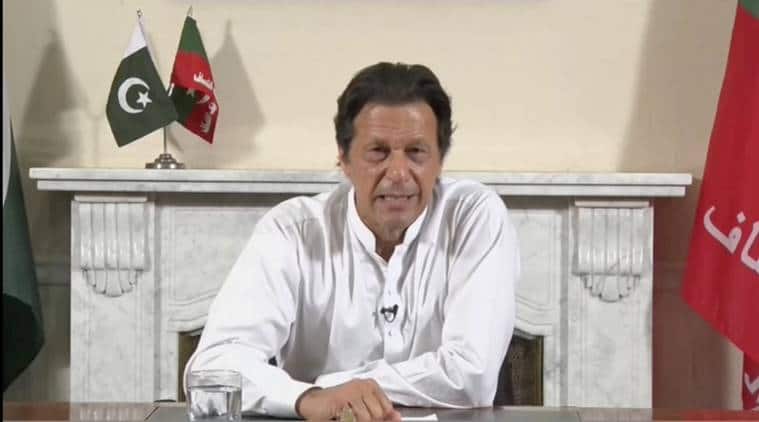 Cricket star-turned-politician Imran Khan, chairman of Pakistan Tehreek-e-Insaf (PTI), gives a speech as he declares victory in the general election in Islamabad, Pakistan, in this still image from a July 26, 2018 handout video by PTI. PTI handout/via REUTERS TV ATTENTION EDITORS

Imran Khan, who is set to become Pakistan’s premier, Thursday said he will not live in the official residence of the prime minister and the “lavish” house will be converted into a public space like an educational institution.

The 65-year-old chief of Pakistan Tehreek-i-Insaf (PTI) party promised to make Pakistan free of the perpetual rich-getting-richer and poor-getting-poorer cycle and said that “change has to come from the top.”

“Our government will decide what we will do with PM House. I would be ashamed to live in such a lavish house. That house will be converted into an educational institution or something of the sort for the welfare of the people,” he said.

“I will live humbly,” he said, promising to end the VIP culture.

“So far we have seen that everyone who comes to power, changes. That will not happen with me.”

“I decided to join politics 22 years back when I saw collapse of governance system and corruption in Pakistan,” the cricketer-turned-politician said.

“I want to clarify why I entered politics. Politics could not have given me anything. I wanted Pakistan to become the country that my leader Quaid-i-Azam Muhammad Ali Jinnah had dreamed of,” he said.

The Oxford-educated Pasthun, who is believed to have the backing of the powerful military, has vowed to make a ‘Naya Pakistan’ which would be an Islamic welfare state.