A large number of PML-N workers gathered outside the court and chanted slogans against Prime Minister Imran Khan for taking "revenge" from the Sharif brothers. 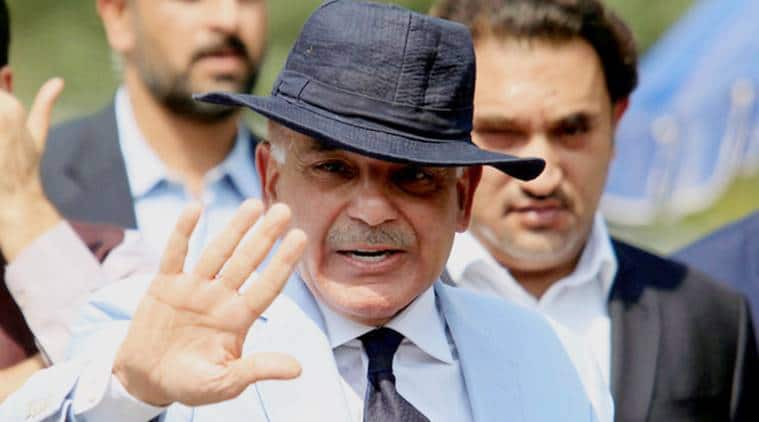 Shahbaz, 67, is the younger brother of ousted prime minister Nawaz Sharif, 68, who is facing corruption charges in three cases.

An anti-corruption court in Pakistan on Saturday granted a 10-day remand of opposition leader Shahbaz Sharif to the country’s top anti-graft body in a Rs 1,400 crore housing scam, the latest setback to the embattled Sharif family.

The National Accountability Bureau (NAB), which arrested the PML-N president on Friday, had sought a 15-day remand to investigate his alleged involvement in the multi-billion rupees corruption case.

Shahbaz, 67, is the younger brother of ousted prime minister Nawaz Sharif, 68, who is facing corruption charges in three cases.

The Pakistan Muslim League-Nawaz (PML-N) president, who was kept in a highly-secured lock-up inside the NAB Lahore office, arrived in court in an armoured vehicle, under heavy security.

A large number of PML-N workers gathered outside the court and chanted slogans against Prime Minister Imran Khan for taking “revenge” from the Sharif brothers.

Accountability Court judge Najamul Hasan accepted the request of the NAB prosecutor’s plea and granted Shahbaz’s physical remand for 10 days to interrogate him in the case.

Shahbaz, who has been accused of misusing his authority, denied corruption charges and told the court that he had saved billions of rupees in different developmental projects during his tenure as Punjab chief minister.

He requested the judge to view his case as political victimisation as not a single rupee corruption against him has been proved.

He allegedly cancelled the award of contract of the Ashiana housing project to successful bidder ‘Chaudhry Latif and Sons’ to oblige his “favourite” firm the ‘Lahore Casa Developers’, a proxy group of ‘Paragon City Private Limited’, causing a loss of millions of rupees.

“Shahbaz Sharif being the chief minister had set great examples of transparency and honesty in all projects. PTI is responsible for this political victimisation and should be ready to reap what it is sowing today,” he said.

Nawaz said the Pakistan Tehreek-e-Insaf (PTI) government should not make Shahbaz a victim of its own inefficiency.

“All know that the PTI government is responsible for this revenge,” he said.

Shahbaz’s son and opposition leader in the Punjab Assembly Hamza Shahbaz, who was also probed for presiding over the company’s board of directors meetings many times to issue directions for award of contracts to favourite firms, said if this political victimisation continued, the PML-N would be on roads to fight this war.

He claimed that Shahbaz has been arrested to influence October 14 by-polls.

“We had faced the NAB in the (Pervez) Musharraf regime and we have the courage to face it in Imran Niazi’s government,” he said.

This Saaf Pani Company was established by Shahbaz’s previous Punjab government to conceive, plan, design, execute and manage projects for the provision of safe drinking water in terms of both access and quality, to communities living in rural areas of the province.

Shahbaz’s son-in-law Ali Imran Yousuf is also facing corruption inquiries in this case. He has fled to the UK and the NAB has written to the interior ministry to bring him back from abroad through Interpol.

In July, Nawaz, his daughter Maryam and Capt (retd) Muhammad Safdar were sentenced to 11 years, eight years and one year, respectively, in prison in the Avenfield properties case related to the purchase of four luxury flats in London through corrupt practices.

However, the Islamabad High Court freed the trio on bail last month and suspended their sentence after they challenged the Avenfield verdict.

The Panama Papers case is about alleged money laundering by Sharif in the 1990s when he twice served as Pakistan’s prime minister to purchase assets in London.