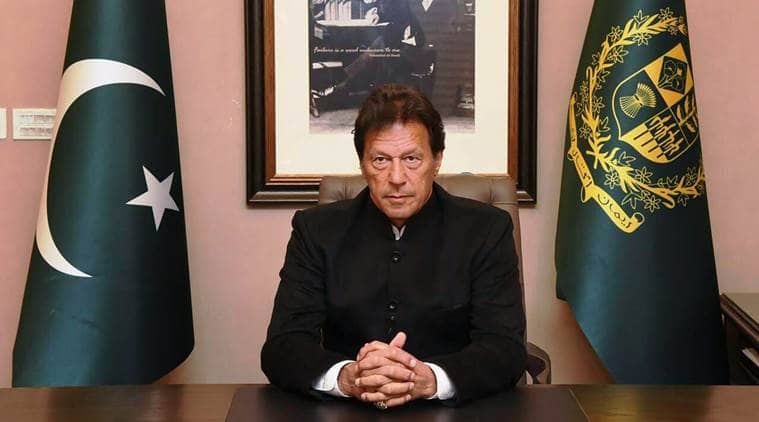 IAF Surgical Strike: Hours after Pakistan Prime Minister Imran Khan asked the armed forces and the people of Pakistan to remain “prepared for all eventualities,” it summoned the Acting Indian High Commissioner in Islamabad. The Pakistani government condemned the air strikes conducted by the IAF in Balakot calling it the “violation of its territorial sovereignty” by fighter jets, PTI reported.

“The Acting Foreign Secretary summoned the Indian Acting High Commissioner and strongly condemned the Indian violation of Pakistan’s sovereignty and territorial integrity,” the Foreign Office said in a statement. The statement came after an emergency meeting to review the situation, PTI reported. Foreign Minister Shah Mahmood Qureshi had said India has committed “aggression” by violating the LoC and Islamabad has “right to self-defence”.

“This action has been done for domestic consumption being in an election environment, putting regional peace and stability at grave risk. The claimed area of the strike is open for the world to see the facts on the ground. For this domestic and international media is being taken to the impact site. The forum concluded that India has committed uncalled for aggression to which Pakistan shall respond at the time and place of its choosing,” Dawn quoted a government statement. Read in MALAYALAM, BANGLA, TAMIL

“He [Prime Minister Khan] decided to engage with global leadership to expose irresponsible Indian policy in the region,” the statement further reads.

EXPLAINED | After India strike, what can be Pakistan’s options?

“It has been decided that international leadership will be engaged with through the foreign office and prime minister. At the request of Pakistan, there is an OIC (Organisation of Islamic Cooperation) conflict group emergency meeting underway [in Jeddah], and Tehmina Janjua is representing Pakistan there. We will present Pakistan’s point of view at that forum,” Pakistan said in a statement.

India early Tuesday morning carried out a “non-military, preemptive action” against a major terror camp of the Jaish-e-Mohammed in Balakot. The strike was conducted after the government received credible information about “another suicide terror attack” by JeM in various parts of the country. The JeM claimed the responsibility for the Pulwama attack in Kashmir that killed 40 CRPF officers.

#India has committed uncalled aggression to which #Pakistan shall respond at the time and place of its choosing.
This was told to a special meeting of the National Security Committee chaired by the Prime Minister Imran Khan in Islamabad today. pic.twitter.com/xqgXtKkCtw

“First, they committed aggression against Pakistan today. It is a violation of the LoC. I consider it a violation of the LoC, and Pakistan his right to give a suitable response in self-defence,” Qureshi told reporters after an “emergency meeting” with high-level officials at the Foreign Office (FO) for consultations. He also added that Pakistan had repeatedly warned the world against India’s reaction. Asking Pakistani’s to remain calm, Qureshi said, “Nation should not be worried over the Indian act as the defenders of the country are fully prepared to respond to any misadventure.” He also added that Pakistan is a “peace-loving” nation and has “registered successes in the war on terrorism,” reported Radio Pakistan. He also briefed Khan after the meeting.

Senator Sherry Rehman, a leading opposition leader of the Pakistan Peoples Party, said that “Indian incursion” across the LOC is strategically “ill-advised and tactically pointless”. “Such moves only ratchet up tensions in a region bristling with anger. “Obvious that (Prime Minister Narendra) Modi’s election wardrums make prospects for talks collateral damage. India’s ruling party sees no other way to win the elections hence, itching for war,” Rehman said in a tweet.