Will India stand to gain from Donald Trump’s Russia policy? 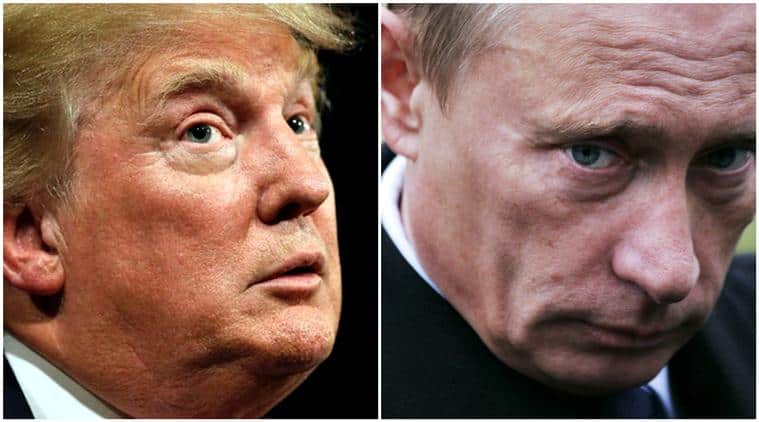 Donald Trump’s glorious and equally unsettling win was undoubtedly the most important and unhinging event of last year. His win has geopolitical ramifications that will greatly impact the future: a reshuffle of cards; a sharp swerve towards the far-right in Europe; a paradigm shift in relations between nations, where certain countries will reach out and play tag, while others will de-link themselves from the rest of the world. In Trump’s era, the United States is bound to embrace Putin’s Russia, while simultaneously severing its ties with China. In an interesting pattern, India enjoys an amicable relationship with Russia and the United States, while having a difficult relationship with China. In the chess game of realpolitik, will India benefit from Trump’s rise, inching closer to Russia, or suffer as Trump constructs roadblocks for American companies, disallowing them from investing overseas?

Here is how US might rework its relationship with the three countries key to New Delhi.

The relationship between the United States and Russia improved greatly right after the collapse of the USSR and the end of communism. Over the past few years, however, Russia’s relationship with the United States has been rough. Under the leadership of a strong, bullish, uncompromising Putin, Russia has joined forces with Bashar al-Assad’s regime in Syria and bombed rebel strongholds. It has also gone to war with Ukraine, annexed Cremia, provided asylum to Edward Snowden, and maintained a communication channel with the Taliban, a terrorist organisation the United States has been fighting against. Most recently, the relationship between the countries suffered after American intelligence agencies accused Russia of “meddling” in US elections. The Kremlin went ahead and called it a ‘witch-hunt’.

However, the election of Trump as the next President of the United States, foreshadows a renewed, much altered and far more curious relationship between the two countries. Putin was ostensibly ecstatic when Trump won the US elections. The partnership between the two leaders appears to be tactful, favourable, measured and calculative. In fact, while Trump received raised brows for being overtly friendly with Putin, he recently tweeted, “Having a good relationship with Russia is a good thing, not a bad thing…We have enough problems without yet another one. The United States and China have shared a precarious relationship right from the time Chairman Mao Zedong established People’s Republic of China. There have been troughs and crests in the shared history between the two nations – from North Korea’s invasion of South Korea (1950) to the first Taiwan Strait Crisis (1953) and the Tibetan Uprising (1959). Despite the wavering relationship, Barack Obama has tried hard to improve ties. In fact, in 2011, Hillary Clinton, the U.S. Secretary of State, delineated the country’s “pivot to Asia” policy, where she mentioned that America would “substantially [increase] investment — diplomatic, economic, strategic, and otherwise — in the Asia-Pacific region.” She continued that Asia was the hub of “several of our key allies and important emerging powers like China, India, and Indonesia.”

Obama has tried to ease the relationship with China further by inviting Chinese President Xi Jinping to talk on global issues (at the shirt-sleeves summit), pressing on climate change concerns. In fact, the two countries have even worked together in issuing a joint statement (2014), vowing to reduce the carbon footprint. However, another point of contention emerged between the countries when China’s move towards reclaiming the land in South China Sea (which has other claimants including Malaysia, Taiwan and Vietnam) promoted the United States to step in to ask China to put a pause on its island-building strategy. But work has been underway to ease the relations between the countries. In fact, the Fact Sheet recently released by The White House (dating September 2016), outlined how the nations were working towards a stabilised liaison, “The United States and China commit to use all policy tools – monetary, fiscal and structural – to foster confidence and strengthen growth.”

In 2017, however, Trump’s acerbic bashing of China is ominous. It appears that the President-elect is like a bull on a destruction spree (even though he imports parts of his clothing line from China) – from claiming that Climate Change was a “hoax” conjured up by China, to scoffing at the country’s “One-China” policy and accepting the congratulatory note from the Taiwanese leader (the first known interaction between a U.S. Leader and a Taiwanese leader since 1979); and attacking China for North Korea’s threats towards the United States. When Trump comes to power, there is bound to be an intense standoff between China and the United States. Back in 1964, in a conversation between US diplomat Chester Bowles and India’s then ambassador to the former Soviet Union T.N. Kaul, Bowles delineated that India had a favourable position between Russia and America. He pointed out, “It would be a good thing if India could try to bring the Soviet and American points of view closer…India’s friendship with both could act as a sort of bridge between them.” Aware of China’s growing economic clout, he continued “that it would be possible for USA and USSR, with the help of India, to come to some kind of understanding about preventing Chinese expansionism and infiltration in South East Asia.”

In the Trump era, if Trump decides to maintain the United States’ “pivot to Asia” policy, India could stand a chance to gain more prominence, while China will evidently be sidelined. Trump has expressed his appreciation for India. In fact, the President-elect has mentioned that India shares a “phenomenal future” with the United States under his government.

One wonders how though. Trump has been vociferous in forbidding American companies from investing in countries like India. In a nutshell, India is unlikely to escape the repercussions of Trump’s proposed trade policies. While Indian enjoyed a $23 billion dollar trade balance with the US in 2015, this is likely to collapse with Trump’s actions. In addition, Trump plans on trimming down on the temporary work visas the U.S. offers like the H-1B non-immigrant specialty worker visa programme which he believes wipes out American jobs.

On the other hand, India enjoys a predominantly favourable relationship with Russia. The economic and bilateral engagement between the two countries is significant. Both PM Modi and Vladimir Putin are now working on easing business between the two nations and India has decided to establish an investment fund between the Russian Direct Investment Fund (RDIF) and the National Infrastructure Investment Fund (NIIF), for technological advancement.

Conversely, India’s relationship with China has seen a checkered past. The war in 1962 between the two nations left their relationship fractured and scarred. The 4,000-kilometer-long Himalayan border which triggered the 1962 conflict has remained a bone of contention ever since.

The strife between the two countries worsened in 1998, when India’s then Defense Minister George Fernandes called out to China and labeled it as India’s “potential enemy No. 1”. But since his election as the Prime Minister of India, Narendra Modi has made decisive, strategic efforts in amending the chasm. He’s aware of China’s growing inimitable economic strength. In September 2014, he invited Chinese President Xi Jinping to visit India, and then Modi visited Beijing in 2015.

The meet resulted in Jinping promising a $20 billion investment to India. At that time, this suggested that the nations could finally be amicable towards each other. Unfortunately, however, there continues to be a certain degree of coldness between the two Asian behemoths, particularly vis-a-vis the countries’ opposing foreign policy stance and territorial disputes. Arunachal Pradesh, for instance, has found itself to be a subject of territorial dispute, as China contests its claim to it.

Sparks also flew in 2016, when China stood as an obstacle between India’s push to declare Jaish-e-Mohammed chief, Masood Azhar as a terrorist by the United Nations. China is also an all-weather supporter of Pakistan and that also seems to be a cause of a distance between India and China.

Irrespective of the tense relationship India shares with China, the non-aligned diplomacy India espouses, ensures that it wouldn’t join Trump in downgrading China. In fact, an academic at the Institute of International Relations at China Foreign Affairs University, Li Haidong wrote in the Global Times, “As a global power sticking to non-alignment diplomacy, India probably will not set a goal of allying with the US in suppressing China as the US hopes. Therefore, there are unbridgeable differences between American intentions for developing a close relationship with India to balance China and India’s concept of developing independent diplomacy toward the US and China.” The academic went on to write, “In other words, the US attempts of establishing a quasi-alliance with India to restrict China may not be accepted by India as the country owns an independent diplomatic tradition.”

In Trump’s era, how will India’s relationship develop vis-a-vis Russia and China; and will the U.S. play a crucial linchpin in the overall equation? Will India inch closer to Russia; will it team up with Trump against China; or will the status quo be maintained? And how will things pan out between America and the sub-continent? These are important questions to ask and mull over. Radhika IyengarRadhika is a Senior Sub Editor with the indianexpress.com  She is an... read more