In an influential essay Virginia Woolf once asked the reader to imagine what would have happened if Shakespeare had a sister.

In an influential essay Virginia Woolf once asked the reader to imagine what would have happened if Shakespeare had a sister. The aim was not to explore a biographical hypothesis but to imagine the fate of a woman as talented and capable as the worlds best known playwright. Woolf went on in her piece to envisage the sort of impediments that would have been put in her way,had there indeed been such a figure and to raise the very definite possibility that her talents would have rusted away unused.

We have come a long way,even in the 80 years since the writing of this essay. Just the recent news of girls outdoing boys at the CBSE exam should tell us how far. And yet there are still so many subtle ways that gender inequality continues. Take the case of Aung San Suu Kyi. In the spirit of the essay if one were to ask,what if she had been a man? How different would things have been?

Would she have been more in the news? And by this I mean on a regular basis and not just when something happens like the recent trial against her for sheltering an American journalist allegedly in violation of the terms of her house arrest. Would we pay more attention to Burmas repressive military regime?

I remember all through the seventies and the eighties how much of a burning issue apartheid in South Africa was. Not just at the governmental level but for ordinary people,everywhere. There was so much debate on the pros and cons of sanctions and joyous celebration when Nelson Mandela was finally released. Tibet and its charismatic leader,the Dalai Lama occupy a similarly prominent space in our minds at the present time. And now picture Mandela and the Dalai Lama as,well,women.

Am I exaggerating when I suggest that they would not have been taken as seriously? And if I am right is it something to do with the fact that decision making and hard news areas such as international affairs are still likely to be more in the hands of men than women? Is it also because there is a probably somewhere a lurking idea that a woman being the homely gender,house arrest may not be that great a privation?

Perhaps this is wild speculation on my part and it may just be that the world is a far more cold blooded pragmatic place today than it was twenty years ago. Or it may be that the media denied access has no interest in following the Burma story. Maybe. I admit I may be completely wrong. But do it. As an experiment. Imagine if Aung San Suu Kiy were a man. 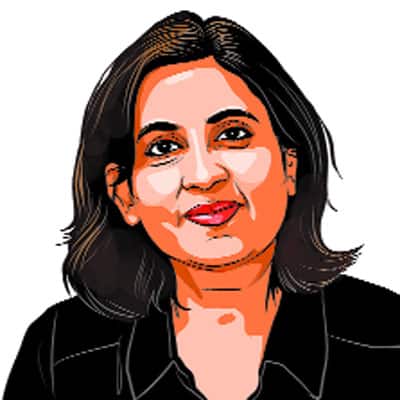