Trump as President: The world has changed, how did it come to this?

It is a showman’s promise—but it is better than no words of consolation at all. 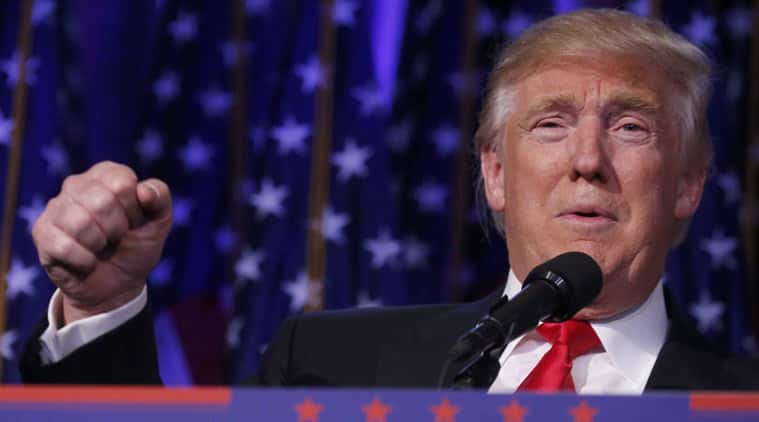 Today, 11/9 will prove a day of greater historic import than its better-known palindrome, 9/11: today, the United States, architect of the liberal world order built after the great war of 1939-1945, has voted for a man who stands for its dismemberment. This is not hyperbole: together with the Soviet Union, the United States underwrote the post-World War II system of nation-states, guaranteeing trade and energy flows, and ensuring a balance of power that kept the great powers from coming to war. The system was underpinned by what might, broadly, be called liberal values: the idea that robust states, guaranteeing the welfare of their citizens, would guard against the rebirth of Fascism, and its catastrophic consequences.

WATCH VIDEO: US Presidential Elections 2016: Why US Media Needs To Introspect

For Trump, though, the world is an imposition: “the United States”, he declared, “has become a dumping ground for everybody else’s problems”. He means to charge nation-states for the system of bases the United States maintains around the world—bases it created to maintain the world order. He is no fan of NATO: “The cost of stationing NATO troops in Europe is enormous”, Trump wrote. “And these are clearly funds that can be put to better use”. Saudi Arabia, he said, “make[s] a billion dollars a day. We protect them. So we need help”.

Trump’s disruptive triumph isn’t a one-off: from India’s own Prime Minister Narendra Modi to China’s Xi Jinping and Japan’s Shinzo Abe; from Britain’s Brexit vote to the looming victories of Marine Le Pen and other European far-Right parties, the post-War order is crumbling. The Right might well celebrate the tearing-apart of the puzzle-board—but no-one knows if the pieces can be put back together, in any other shape.

His triumph is about white racism, and resurgent sexism, and xenophobia, and fear. It is about all these things—but it is about something more, which it is critical to understand.

HOW did we get here? The story, for the most part, well-known. The rolling-back of the welfare state under President Ronald Reagan and Prime Minister Margaret Thatcher deprived millions of working people of the prospect of security—the key promise of the post-1945 consensus. Liberal parties across the West chose not to resist the new economic orthodoxy—despite evidence, from Scandinavia, that high-tax welfare states had the best outcomes for their citizens. The collapse of the Soviet Union, and the anarchy that it unleashed across swathes of eastern Europe, saw tyranny legitimised.

WATCH VIDEO: US Presidential Elections 2016: Here Is The Full Process

The economic crisis of 2008 saw the livelihoods of a great mass of peoples savaged; worse, it gave rise to the first youth generation in the West since 1945 which cannot expect that its life will be better than that of its parents’ generation. As in other times of crisis, the disenfranchised found scapegoats: immigrants, racial and religious minorities, the rights won by women.

Figures like Hillary Clinton, enmeshed in the pre-2008 consensus, moreover offered no credible agenda for change; Trump offered at least the illusion of transformation.

Though well known, however, the story isn’t fully understood. For decades now, pundits—Francis Fukuyama most visible among them—have claimed economic neo-liberalism would lead on, inexorably, to a global wave of democratisation. This claim is historically illiterate. Europe’s middle-class, notably, threw in its lot with authoritarian regimes at least as often as it backed democracy—bourgeois Italy stolidly resisted democratisation to the 1920s; Germany’s mittelstand betrayed Weimar republicanism; middle-class France threw its lot in with Fascism in 1940 and backed imperialism after the war.

Perhaps more important, liberalism became a theology, unhinged from politics—from the realities of everyday life. Philosopher John Gray, among others, has noted that in the 1970s, liberal ideologues like John Rawls and Ronald Dworkin became increasingly concerned with constraining the power of government, through the codification of human rights. This was, of course, precisely what philosophers of the Right were seeking to do but with economic, rather than personal liberties. In its most toxic forms, emanating from what the philosopher Gabriel Brahm has called the “post-Left”, the liberal state itself was the enemy: identity, however tyrannical, was to be celebrated.

“Liberal societies” Gray writes, “cannot depend on history for their survival. They need to defend themselves, and here the cult of rights needs deflating”. Limiting state power was something that left masses of people less free, not more: market individualism generated chronic insecurity, which authoritarian rulers now promise to end.

For Indians concerned with the future of the liberal order, some conclusions are obvious: it is interesting to note that, for all the talk of India’s bureaucracy being bloated, its ratio of government servants—a category that includes teachers, health-workers, judicial services and police personnel—is in fact among the lowest in the world. Figures collated by the Institute for Conflict Management show India has 1,622.8 government servants for every 100,000 residents. In stark contrast, the United States has 7,681. The central government, with 3.1 million employees, thus has 257 serving every 100,000 population, against the United States federal government’s 840.

In essence, these figures indicate that the government just doesn’t have enough executive staff to deliver on its existing development objectives—let along new ones that are announced each year.

Eminent economist VK Ramachandran says: “One of the most important lessons of the economic history of modern nations is that the most crucial requirements of social transformation can only be delivered by the public authority. A government that does not pay for skilled personnel to deliver education, health and land reform is one that condemns its people to under-development.”

For countries like India, the issues are even more pressing than in the United States: there is no simply no question of egalitarian gains and economic freedom without strong state action. There simply cannot be protection of personal freedoms, nor of gender rights, nor of religious and social plurality, except under the shelter of a strong state. Thus, a liberal society must be one where government—education, healthcare, and, yes, police—are empowered. Yet, no liberal party has ever laid before the public an agenda for building these institutions—institutions, as opposed to authoritarian personalities.

Donald Trump’s triumph shows us that the world is smaller than we imagined: the issues that concern voters in India or Brazil are not that different from those of unemployed steel workers, or frightened suburban white-collar employees, in middle-America. He promises them he will shut the door on the scary things outside, and exorcise any poltergeists hiding under the bed. It is a showman’s promise—but it is better than no words of consolation at all.

The liberal state has been judged by the people not by its adherence to the theology of rights it rests on, but by its ability to mediate the brutal experience peoples have had of the globalised economy. It has been judged, and punished. It is for liberals now to find a way back by putting government, and the exercise of power, back at the heart of their project.