US policies toward India and Asia need strategic coherence

To meaningfully support a “free and open Indo-Pacific,” the Trump administration will have to be creative in building broad Asian partnerships, especially with its India policy 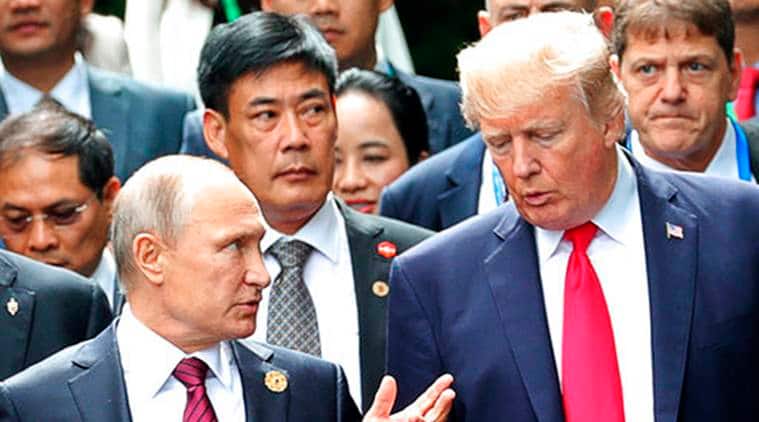 President Donald J. Trump is on his first official trip to Asia, with stops in Japan, South Korea, China, and now Vietnam, for the Asia-Pacific Economic Cooperation forum (APEC) summit. In his address to the APEC CEO Summit, he outlined his stamp on Asia statecraft, which includes a vision of upholding a “free and open Indo-Pacific.” However, the United States cannot achieve that goal without strong Asian partnerships—including with India.

Though India is not on the president’s Asia itinerary, the nomenclature alone—Indo-Pacific rather than Asia-Pacific—suggests that New Delhi stands rightly to play a central part in the Trump administration’s larger Asia strategy. With long-standing allies like Japan, South Korea and Australia, India offers democratic and economic ballast to deal with the rise of China’s power. Sadly, US economic policy appears disconnected from the administration’s broader strategic goal. For the Trump team to succeed with the ambition of building a network of Asian partners which share our values, including India, the White House will need to corral its economic policies to match its strategic pursuits.

It is worth noting that the pursuit of a free and open rules-based order in a larger Indo-Pacific region represents the most purposeful articulation to date from the administration on Asia. Secretary of Defense James Mattis uses the phrase. Last month, Secretary of State Rex W. Tillerson delivered an entire speech about the concept, in which he called the United States and India “two bookends of stability” who can together “foster greater prosperity and security” in this broad region.

The Indo-Pacific idea recognizes that a rising China has become more assertive as well as authoritarian, and it elevates Washington’s ties with New Delhi as an alternative model to all that Beijing represents. By expanding Asia’s geographic net to include the world’s largest democracy, this larger region encompasses a greater balance favoring rule of law, freedom of navigation, open trade, and democracy. We commend this vision and see it as entirely in line with the Barack Obama and George W. Bush approaches to India and Asia. To elevate India’s role, make it a full partner in our Asian network, and enhance Washington’s relations with New Delhi, the administration should help India gain a seat at the tables from which it is absent.

In the security realm, Mattis has this part right, focused on tighter integration with New Delhi in joint exercises, defense technology, and sharing security perspectives in the region. In diplomacy, Tillerson also understands the important role India can play, and he has called for a partnership with India to develop financing that can provide an alternative to the market-rate Chinese Belt and Road infrastructure loans, which have caught smaller countries like Sri Lanka in a potentially insurmountable debt trap.

But to date, the administration has said little about what Washington can do to advance these interests. The “Quad” grouping that adds Australia to the robust trilateral of India, Japan, and the United States appears on the verge of revival, a positive step. In addition to strengthening ties to our traditional Asian allies, the president could start by clearly stating support for cooperative economic institutions like the Asia-Pacific Economic Cooperation forum. He should call explicitly for APEC to offer membership to India. Asia’s third largest economy deserves to have a seat at the table, and it will help India to be more embedded in the premier regime focused on free and open trade in Asia.

To address the urgent need for infrastructure funding in the Asian region—a principal political and economic imperative —the president should also support a capital base expansion for the World Bank, something favored by countries around the world, but which Secretary of the Treasury Steven Mnuchin opposed during the Bank’s annual meeting this year. It’s hard to see where alternative support for development financing, especially financing for Asia’s massive infrastructure needs, will come from if Washington does not enable the World Bank to do more at the low interest rates that can actually help countries develop—and which offer a real alternative to the Belt and Road loans. In fact it is impossible to imagine China improving its Belt and Road loan terms unless it is faced with real competition from the United States, Japan, Europe and India.

In economic dialogues with India, the administration needs to keep its gaze on the strategic and not get buried in the transactional. At a time when China has emerged as the most powerful economic partner to virtually every country in Asia, including South Asia, we must have a stable strategic and non-contentious relationship with India. While we recognize India’s famously difficult stances on trade and market access questions, a narrow focus on the $24 billion trade deficit with India (compared to more than $300 billion with China), should not distract from this larger goal.

Of course, we and India need to sort out market access problems and our difficulties with Indian intellectual property rights polices, but these questions are not strategic in nature. Instead, we should identify realistic steps to enhance greater trade and investment with India—recognizing the time horizon might well appear farther than desired—and continue technical assistance to encourage New Delhi’s ongoing reforms, which will be the key to unleashing greater economic growth. The Commerce Department’s technical discussion with India on standards marks a great step in that direction. The trade deficit, a new favorite punching bag for the U.S. Trade Representative, does not.

To meaningfully support a “free and open Indo-Pacific,” the Trump administration will have to be creative in building broad Asian partnerships, especially with its India policy. We need all the allies we can muster. A strong, stable, democratic India committed to a rules-based order will indeed be a “bookend” for the region. Washington will have to alter its economic focus to get there. Alyssa AyresThe writer is senior fellow for India, Pakistan and South Asia at the ... read more