The path to a hydrogen economy

A robust policy framework akin to the one that guided the country’s solar revolution could lead to an increase in production and demand of this green fuel. 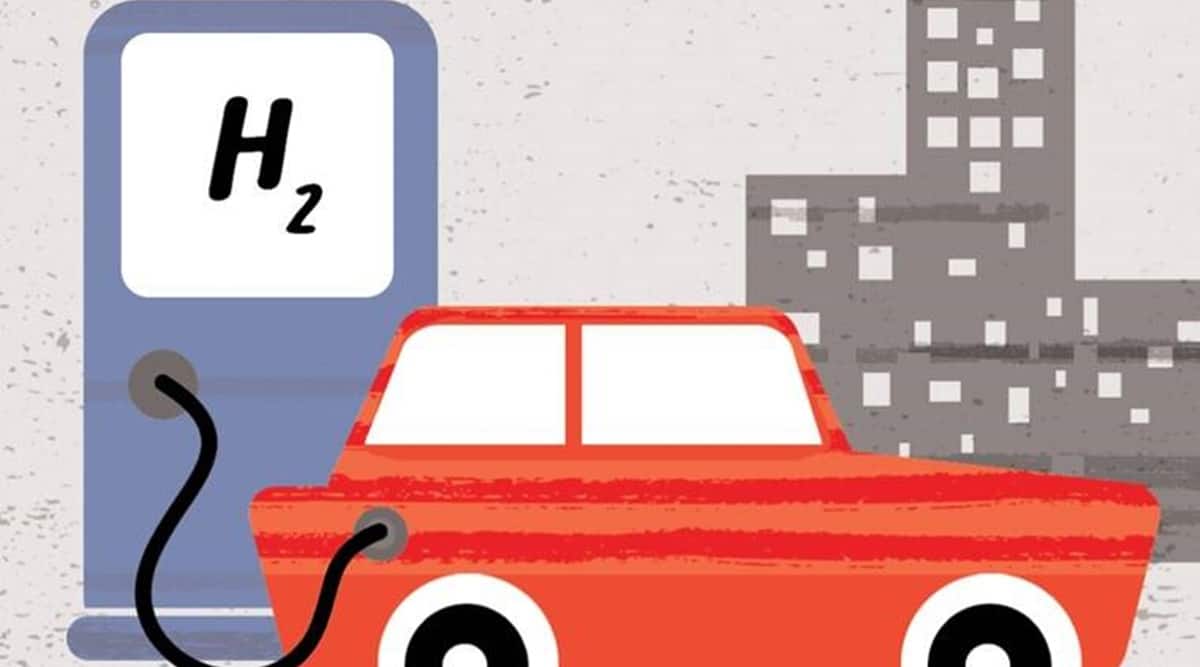 Currently, India consumes about 6 million metric tonnes of grey hydrogen per annum, which is about 8.5 per cent of the global hydrogen demand.

Ten years since the solar revolution began in the country, prices have dropped to a historic low of Rs 1.99 per kilowatt-hour (kWh). The revolution was made possible by the coming together of many elements, mainly forward-looking policies for a conducive market to inspire the confidence of private players and streamlining of bureaucratic processes. A similar approach is needed to increase the contribution of green hydrogen in India’s energy mix. At the moment, India imports 85 per cent of its crude oil, 24 per cent of coal, and 54 per cent of gas requirements.

Currently, India consumes about 6 million metric tonnes of grey hydrogen per annum, which is about 8.5 per cent of the global hydrogen demand. Increasing the share of hydrogen in the country’s energy mix would take it towards greater self-reliance in its energy needs. Further, an emphasis on green hydrogen would help reduce carbon emissions and take India closer to meeting its climate change commitments. A good approach would be to increase the share of hydrogen in the short run — not overly concerned about grey, blue, or green. However, as its use picks up, our efforts should move towards a higher share of green hydrogen.

The growth of solar has given a unique advantage for the growth of green hydrogen. Cheap solar tariffs mean the cost of powering the electrolysis process through surplus electricity at peak hours to generate hydrogen remains low. Setting up hydrogen generation plants near solar parks will further reduce transmission costs.

Proactive industry collaboration with the government is key to creating a hydrogen economy in India. This will help bring best-in-class hydrogen technology, equipment, and know-how to create a hydrogen supply chain in India — in many cases, these could be “Made in India”. By prioritising national hydrogen demonstration projects, innovations to further reduce the cost of hydrogen will become prominent locally.

Hydrogen, a versatile fuel, has applications across sectors. This means several ministries need to be involved in the framing of policies and increase adoption of green hydrogen in their respective segments. The Government of India should consider setting up a multi-agency mission to bring multiple ministries, private industry and academia together in a partnership to scale up the deployment of hydrogen across sectors and industries.

Having a clear mid-term and long-term target inspires confidence in the private sector to make their investments in a new energy source. India should increase this demand and aspire to meet at least 4 per cent of its energy demands by hydrogen by 2030. This would represent about 13 million metric tonnes of hydrogen demand by 2030. A target for 2050 of about 10-12 per cent hydrogen within the energy mix could also be recommended to ensure long-term supply-demand creation whilst further instilling confidence in the market.

For the quick adaptation of hydrogen as a source of energy, the Government of India should incentivise private players to make electrolysers cheaper. Furthermore, the annually collected cess tax for coal (approximately Rs 24,000 crore), currently used in various projects for the expansion of India’s RE capacity, should be utilised to fund research on newer hydrogen technologies as well. Existing subsidies from schemes like FAME II for electric vehicles should be extended to fuel-cell electric vehicles.

Tax benefits that solar and wind receive should be extended to all players in the green hydrogen ecosystem. In the short term, the price of hydrogen generated through steam methane reformation should be capped — ideally at Rs 17 per kg. This enables hydrogen production at a cost of Rs 260 per kg. Generating hydrogen from biomass should also be incentivised as it also has the potential to increase farmer incomes. In addition, some of the key policy reforms include:

To kickstart demand, policies should also mandate the use of Green Hydrogen. For example, industries such as fertiliser, steel, and oil refineries should be mandated to meet 10 per cent of their energy by green hydrogen.

The cost of transmission of electricity from solar parks to hydrogen generation facilities should be kept minimum, ideally not more than 50p per kWh.

Like how fixed prices were paid earlier to renewable electricity integration into the electric grid, feed-in tariffs should be set for private players to integrate green hydrogen into the natural gas grid.

Reverse auctioning of the per-unit cost of solar energy was key to the growth of solar. Taking up the responsibility to set up logistics, the Centre put out bids for buying solar energy and chose the cheapest bidder. This triggered a massive price drop — from Rs 7 to Rs 4 as soon as reverse auctioning began.

Green hydrogen is one of the most promising fuels in the efforts to reduce carbon emissions. India should aim to reduce the cost of hydrogen to less than $2 by 2030. By doing so, the demand is expected to increase by at least five times today’s demand to 30 million tonnes per annum by 2050.

Ted Lasso Season 2 trailer: Jason Sudeikis is back as the amateur football coach brimming with positivity