The six-pillar strategy shifts the perspective from which the US sees Afghanistan. From “AfPak,” an abbreviation that referred to the Afghanistan-Pakistan twinning that characterized Barack Obama’s take on the region, Donald Trump has changed this to “AfPakIndia.” 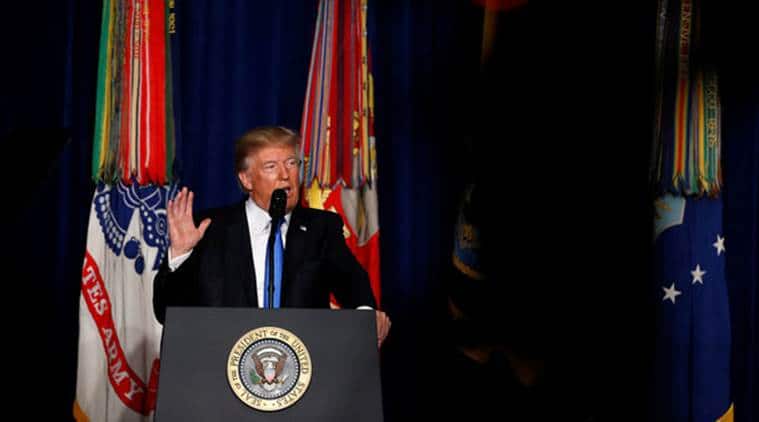 US President Donald Trump announces his strategy for the war in Afghanistan during an address from Fort Myer, Virginia, US (Source: REUTERS)

US president Donald Trump has put Pakistan on notice, accusing it of giving “safe haven to agents of chaos, violence and terror,” but also returned to America’s rehyphenation with India, asking “how they can help us more” in stabilizing Afghanistan.

Outlining his long-expected strategy on Afghanistan, Trump will hope that the announcement will distract from the chaos within his own White House, in which several senior officials have either quit recently or been sacked, like his chief strategist Steve Bannon.

The strategy on Afghanistan has been in the making for several weeks. As America prepares to mark the 16th anniversary of the September 11 incidents, Trump sought to stem the hemorrhaging and confusion in his administration by laying out a clear plan on how to deal with America’s longest war. But by linking his open criticism of Pakistan’s debilitating strategy in Afghanistan to India, Trump has moved more radically than several US presidents did in the past by bringing India into the arc of influence.

From “AfPak,” an abbreviation that referred to the Afghanistan-Pakistan twinning that characterized Obama’s take on the region, Trump has changed this to “AfPakIndia.” But note the emphasis on the sentence, “…we want them to help us more with Afghanistan, especially in the area of economic assistance and development,” which seems as if it has been written in New Delhi. This gives India the opportunity to ramp up economic assistance and trade, including air cargo, but not necessarily military assistance that it has traditionally shied away from.

The six-pillar strategy shifts the perspective from which the US sees Afghanistan. For a start, Trump has included all of “South Asia” in his world-view, which essentially means that the US will focus much more on the safe havens that Pakistan has been providing to terrorists who cause mayhem inside Afghanistan and slip away. These encompass not only the Taliban, Al Qaeda and ISIS, but also the Lashkar-e- Toiba and the Haqqani Network, which specifically target Indian assets in that country.

Second, Trump has overturned Barack Obama’s idea of withdrawal of US troops under deadlines, by saying that the “time-based approach” will now be based on “conditions.” Meaning, if the conditions are ripe, US troops will be pulled out and sent home. In fact, Trump is planning to send another 8900 troops to Afghanistan, although his speech didn’t mention any figures. For someone who had tweeted in 2012, “It is time to get out of Afghanistan. We are building roads and schools for people that hate us. It is not in our national interest,” this determination of staying on and fixing the problem is quite a somersault – a welcome one on Afghanistan’s part, certainly, but also for India.

Third, Trump has rightly taken the obsessive focus away from talks with the Taliban, which Obama had. By allowing the Taliban to negotiate with the Afghan administration, the Obama administration had effectively given Pakistan a say-so in in a potential settlement, since it is common knowledge that the Pakistan ISI/Army control the major Taliban leaders who still live in Pakistan. Fourth, the US president has proclaimed that he will change America’s approach to dealing with “Pakistan’s safe havens for terrorist organizations, the Taliban and other groups that pose a threat to the region and beyond.” This sentence alone will be music to the ears of the Afghan establishment, both current and previous, which has time and again sought to make America understand that the ongoing civil war in Afghanistan is largely a result of Pakistan’s decision to keep its northern neighbor unstable.

The Afghans are sure to like Trump’s emphasis on, “I will not say when we are going to attack, but attack we will.” This brings back welcome memories in Delhi and Kabul of Obama’s attack on Osama bin Laden’s hideout in Abbottabad in 2011. But Afghans, 16 years after the 9/11 incidents, will want to see if Trump goes beyond mere lip-service and cut funding to Pakistan’s army and ISI and impose sanctions against personnel involved in pursuing and fomenting Rawalpindi’s infamous “strategic depth” strategy in Afghanistan. “In the past, Pakistan has been a valued partner…But Pakistan has also sheltered the same organizations that try every single day to kill our people. We have been paying Pakistan billions and billions of dollars at the same time they are housing the very terrorists that we are fighting. “But that will have to change. And that will change immediately. No partnership can survive a country’s harboring of militants and terrorists who target U.S. service members and officials. It is time for Pakistan to demonstrate its commitment to civilization, order and to peace,” he said.

Fifth, Trump acknowledges India’s importance and its significant role in stabilizing Afghanistan, but wants it to do more. He lapses into his yen for counting chips when he says, “We appreciate India’s important contributions to stability in Afghanistan, but India makes billions of dollars in trade with the United States, and we want them to help us more with Afghanistan, especially in the area of economic assistance and development.” Sixth, Trump promises to integrate all the instruments of power at his command – political, military and economic. But that is what every American president does.

All in all, India will have to be watchful for the manner in which the Trump Afghan strategy will unfold. Delhi cannot be seen to be critical of him, as it needs him to offset the crisis with China. Moreover, Ivanka Trump is coming to India in November. Delhi will have to play along, hand-hold and help shape the manner in which “AfPakIndia” unfolds. Sometimes, three isn’t necessarily a crowd, it can be a reasonably managed ménage a trois – especially if one partner is being put on the mat for unseemly behavior. 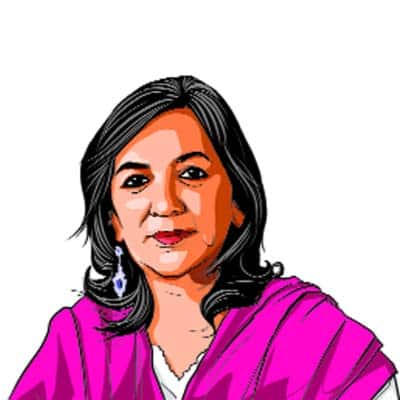