While India’s stated (and strong) opposition to BRI is that CPEC runs through the disputed Kashmir region, its nervousness runs deeper than that. Chinese President Xi Jinping attends a news conference at the end of the Belt and Road Forum in Beijing, China May 15, 2017. Reuters/Jason Lee

Chinese President Xi Jinping, this past week, showcased his hugely ambitious Belt and Road Initiative (BRI) to heads of state and government from 29 countries in Beijing. Through trillions of dollars of expenditure on land, maritime, air and cyberspace connectivity in the next 10 years or so, China aspires to link Asia, the Middle East, Europe and Africa.

China believes that BRI will bring Asia, Middle East, Europe, and Africa closer through inland roads and maritime routes that retrace the old Silk Road that made China the center of global commerce and civilisation for centuries. The initiative spans more than 68 countries and encompasses close to 40 per cent of global GDP. This makes BRI the grandest infrastructure framework project humankind has envisioned to date – far bigger than the reconstruction of Western European economies through the US-funded Marshall Plan after the Second World War.

“History is our best teacher,” declared President Xi in Beijing on Sunday. “The glory of the ancient silk routes shows that geographical distance is not insurmountable. If we take the first courageous step towards each other, we can embark on a path leading to friendship, shared development, peace, harmony and a better future.”

Whether you buy into the Chinese vision depends on how you view the rejuvenation of China and your place within the new security architecture.

In attendance at the Beijing conference was Nepal’s deputy Prime Minister and Finance Minister Krishna Bahadur Mahara, who had only last week overseen the official signing of the BRI (or OBOR) framework agreement in Kathmandu.

The scale of the BRI Forum in Beijing should be taken into account to get a sense of President Xi’s ambitions. In attendance were Russian President Vladimir Putin, Turkish President Recep Tayyip Erdogan and Pakistan’s Prime Minister Nawaz Sharif. Even the North Koreans, with whom China shares strained ties, were present. Though the world’s leading and third biggest economies, the US and Japan, were not represented by senior leaders, they did send their representatives. Both the US and Japan share strategic rivalries with China. There has been talk in Kathmandu that Nepal’s Prime Minister, Pushpa Kamal Dahal, had cleverly avoided the Beijing conference on the pretext that he could not leave the country as local elections were being held in Nepal. Elections were held across 34 of Nepal’s 75 districts on May 14, the very day President Xi addressed the Belt and Road Forum.

Dahal’s absence, according to this thesis, was aimed at placating New Delhi, which has its own fears of encirclement by Chinese allies in its neighborhood. China already enjoys Observer status with SAARC, the South Asian Association for Regional Cooperation, and China’s economic heft has won it new friends in Colombo and Dhaka, both of whom are signatories to BRI.

One of BRI’s core components is the China-Pakistan Economic Corridor (CPEC), which connects China’s western Xinjiang province with the Pakistani port of Gwadar, giving China alternative access to the Gulf region, and thus energy. But there’s surely more to CPEC than just energy access. It will bind the cash-strapped Pakistan and resource-rich China so closely, there are already both great expectations and deep anxieties in Pakistan, India and beyond.

While India’s stated (and strong) opposition to BRI is that CPEC runs through the disputed Kashmir region, its nervousness runs deeper than that.

Last week, when Nepal finally signed on to the BRI framework agreement in Kathmandu, it finally put an end to Nepali suspicion that Prime Minister Dahal would succumb to Indian demands and keep away from BRI. The news prominently featured in all newspapers and TV networks here. The PM has received some criticism for dragging his feet on the issue, since there is strong support for BRI in Nepal from across the political spectrum and Nepali public. 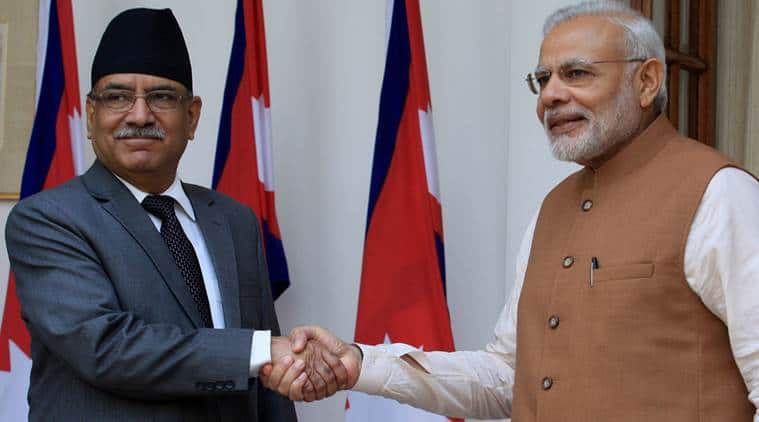 We, in Nepal, feel that we urgently need to diversify our trade and transit dependence on India. This perception has been further fortified after New Delhi expressed unhappiness over the promulgation of our new Constitution promulgated in September 2015 by a sovereign Constituent Assembly through a two-third majority.

Expressing displeasure is fine diplomacy; imposing a five-month long border blockade is anything but that.

The blockade only compounded Nepal’s misery, as it followed shortly after the devastating earthquakes that struck our country in April and May that year. Reconstruction work was left in complete disarray. Around 9,000 Nepalis had lost their lives and around 750,000 houses were destroyed or damaged in the earthquakes. But the Nepali economy suffered more as a result of the Indian blockade than the earthquakes.

New Delhi had committed a blunder of strategic proportions.

During the border blockade, the government headed by CPN-UML leader K P Sharma Oli signed 10 framework agreements with China. And Nepal, for the first time, began to import its petroleum products from Chinese companies; it had otherwise been an Indian Oil Corporation monopoly. China and Nepal also agreed that Nepal would now be able to use Chinese ports for its trade.

Of course, we realize that the China’s eastern seaboard is hundreds of miles away, and that Nepal and Chinese industrial and urban hubs are separated by the vast Himalaya and by the arid and sparsely populated Tibetan plateau. But there is a growing sense that Nepal-China agreements have opened new doors for trade, transit and connectivity opportunities.

The two sides have held talks about the possibility of expanding Tibet’s railways to Nepal. This will make trade and transit through China much more affordable than in the past. Indeed, the idea of trans-Himalayan railway connectivity is now firmly lodged in Nepali imagination. Unsurprisingly, it received widespread media attention during the Indian border blockade in 2015-2016.

If Oli’s party, the CPN-UML, fares well in the local elections (counting in major metros is expected to last for several days), his nationalist supporters will feel vindicated about taking a position against India.

This is where the colossal BRI becomes strategically significant to Nepal. If it comes into fruition according to plan, the Chinese will derive a groundswell of goodwill from Nepalis. As long as the US and the Western world view Nepal through India’s geostrategic prism, Nepal will always look to China as a counterweight, as happened during the recent border blockade.

Few Indian and Western analysts seem to realise that Nepalis don’t share their ambivalence towards Beijing.