Mumbai rains: Celebrated architect and visionary Charles Correa would often bring up the parable of a frog in water – if you drop a frog in hot water, it will immediately jump out. But if you drop it in tepid water and slowly raise the temperature, it will swim around unawares, adjusting itself to the heat till it dies…Will Mumbai ever be able to leap out of the boiling water? First of all, a comparison between the excessive rains that hit Mumbai earlier this week, on August 29, and the floods 12 years ago, on July 26, 2005, which brought the Mumbai Metropolitan Region to its knees.

In 2005, a 24-hour period saw 944 mm of rain, which took a huge toll on the city. At least 450 lives were lost during the floods, and another 248 later, while 300,000 citizens required medical attention. The floods caused damage to 20,000 cars, 2,500 BEST buses, and countless number of two and three-wheelers. Around 200,000 tonnes of garbage — washed away or water-soaked furniture, foodstuffs, appliances — had to be cleared up. Furthermore, to prevent an epidemic of monsoon-related diseases, 24 metric tonnes of bleaching powder and 2 metric tonnes of disinfectant were used.

The cloudburst of 2005, a freak occurrence, demonstrated the inability of the city to cope with unbridled development. It revealed that the administration was woefully unprepared to face disasters.

In contrast, 330mm of rain fell on August 29. Mumbai’s response was substantially different. Five stormwater pumping stations, 229 dewatering pumps and 50 sewage pumping stations extricated 7,000 million litres into the sea. As many as 69 schools were converted into shelters, accommodating 5,000 people.

The administration, police and Mumbaikars at large ensured that the city was more organised this time. Unlike 2005, when civic workers could not report back on duty, on August 29, 28,000 civic workers removed 9,500 metric tonnes of garbage.

After the 2005 floods, under the chairmanship of Dr Madhavrao Chitale, a fact finding committee of experts was set up to assess the disaster preparedness and management of Mumbai. A comprehensive report was published the following year, which became a handbook of sorts for the municipal corporation, and significantly influenced the 2009 national guidelines on urban flood management. However, the Committee’s recommendations continue to be sluggishly implemented for over a decade.

Mumbai’s drainage system can deal with about 25 mm of rain per hour. In the suburbs, the drainage capacity is expected to double to 50 mm per hour through the Brimstowad (an awkward acronym for Brihanmumbai Storm Water Disposal system) projects. But, every year, Mumbai records several days of heavy rainfall, exceeding 65 mm per hour, which means extended flooding. Even the proposed enhanced drainage capacity of 50 mm per hour won’t be able to deal with this. It might, therefore, be better to design and execute the stormwater drain’s capacity to 100mm per hour.

When we construct over green, open spaces, or permit ‘innovative’ green spaces on concrete surfaces, the rain falls on these impervious surfaces. Instead of being absorbed into the earth and replenishing ground water, it gushes down drains and nullahs, overflowing onto roads. Our already overwhelmed storm water drainage networks are further overloaded, leading to waterlogging and severe flooding.

• Better inter-agency coordination is needed to ensure that building permissions are not recklessly approved on low-lying, flood-prone areas.

• Mumbai needs more pumping stations. However, given the BMC’s current rate of project implementation, it would take two decades to install six new pumping stations at a whopping cost of Rs 3000 crore.

• A refurbishment of stormwater drains, sewerage operations and solid waste management systems seems inevitable, including digging up and resurfacing of roads. Though this will entail a massive expenditure of taxpayers’ money, it will be worthwhile when compared to the cost of significantly disrupting city life every year, adding hidden public and private costs in recovery and rehabilitation.

It is important to also take a look at the streams and seasonal nullahs which typically dry up after the monsoons. Like in other parts of the Konkan, Mumbai also has natural creeks and nullahs, or rather, had nullahs that are now just stinking gutters. Slums routinely empty waste and industries pipe untreated effluents into them. Often, sewer lines end in natural stormwater drains. Their deposits add silt to the nullahs, which means that shallow nullahs already have reduced capacity to drain storm water.

In 2005, the flooding of the Mithi river also hugely contributed to the deluge. Concerted effort needs to be made to provide basic civic amenities to slum residents which will assist in hygienically disposing their waste.

The first phase of deepening and widening of the Mithi river was completed in June 2006. The second phase, which started in April 2007 and relocated 5,000 structures, remains to be completed, as 1,300 structures yet to be relocated.

Specific guidelines should be in place, so that strict action is taken against anyone, notably industries, from polluting these streams.

We, the responsible citizens of Mumbai, must also refrain from dumping waste in stormwater drains.

As per the Revised Draft Development Plan 2034 (RDDP), allocation of open spaces is 2.8 sq.mt per person, just over one-fourth the standard space of 10 sq. mt per person (set out in the National Urban and Regional Development Planning Formulation and Implementation Guideline, Ministry of Urban Development).

But the proposed RDDP opens up No-Development Zones (NDZs) for construction and advocates building of roads on mangroves and other natural areas.

Similarly, permitting recreational spaces on open-to-sky podiums of buildings, or underground parking lots below gardens and playgrounds may seem attractive and add large swathes of green to the city. But these are in fact impervious concrete surfaces which hamper the rate of stormwater run-off. Such provisions are also contrary to the standing 2013 Supreme Court judgement which prohibits mandatory open spaces on podium.

• Natural green spaces are not just good for the soul; they play a very important role in increasing the rate of groundwater percolation, act like holding ponds and increase the rainfall’s ‘time of retention’, thereby drastically reducing the pressure on stormwater drains in the city.

• The State must pay heed to the Bombay HC’s scathing criticism towards destroying mangroves under the garb of “development.” The BMC must not only protect mangroves, which aid in preventing soil erosion, but also protect the National Park, Aarey Colony and salt pan lands. These natural resources may not be public open spaces which we can use for recreational purposes, but play a huge role in protecting the city from the ravages of the monsoon, absorbing rainfall and replenishing water sources.

Disaster management without a plan is like Swachch Mumbai without dustbins, a Walkable Mumbai without footpaths or a Digital Mumbai without internet connectivity for all. The BMC has a state-size budget with crores spent annually on operations, maintenance and repairs. And yet, we remain only a step away from another 2005. This annual token exercise of pre-monsoon preparation by the various departments of the BMC will hardly prevent a disaster-in-waiting.

Mumbai, in 2017, exhibited coordination amongst the state, local authority, institutions, religious/ social bodies and private actors. This network needs to be documented, strengthened and disseminated under a tangible post-disaster strategy.

Floods in Uttarakhand (2013 and 2016), Chennai (2015) and Mumbai (2005 and 2017) demonstrate that unregulated construction on natural drains and riverbeds precipitated devastating floods. But the state seems to be reluctant to learn from these mistakes.

Celebrated architect and visionary Charles Correa, once in a conversation on Mumbai, would often bring up the parable of a frog in water – if you drop a frog in hot water, it will immediately jump out. But if you drop it in tepid water and slowly raise the temperature, it will swim around unawares, adjusting itself to the heat till it dies.

We wonder if Mumbai will ever be able to leap out of the boiling water? 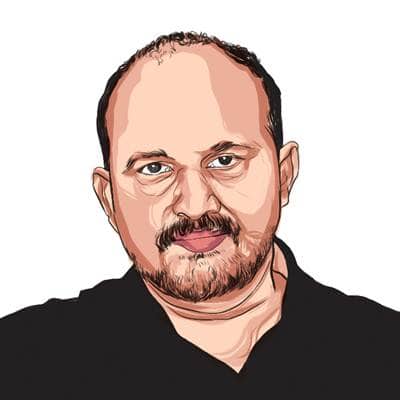