It's been nine years since the Mumbai attacks and Baby Moshe is now a strong, tall boy of 10 years.. But some things don't change. As per the Jewish calendar, Moshe's birthday falls on the 1st of Kislev, (which was on Friday 28th November 2008, that year). 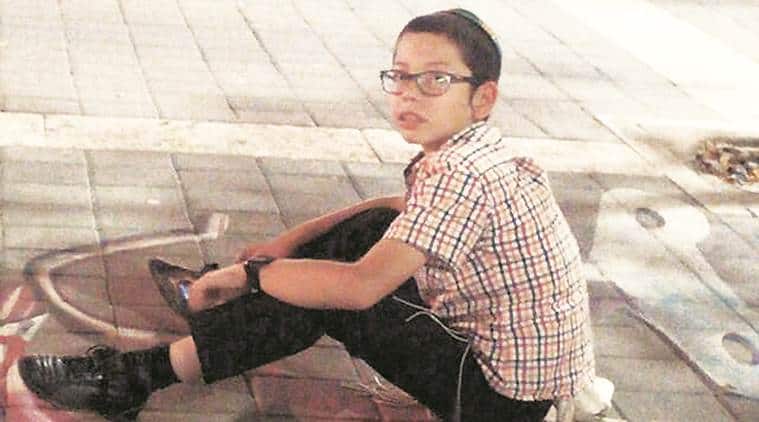 On 26/11, Moshe was just two days away from his second birthday.

‘Imma’, `Imma’,`Imma’, `mother’ `mother’ `mother’ was two year old baby Moshe’s heartbreaking, painful and echoing cry on that 1st December 2008 morning at the Keneseth Eliyahoo Synagogue at Kala Ghoda, Mumbai. He was desperately looking for his mother Rivka, amidst the large gathering of people who had thronged the synagogue, for a special prayer service, held in honour of his departed parents Rabbi Gavriel and Rivka Holtzberg, who were massacred during the 26/11 terror attacks. So aching was his cry that the Rabbi had to stop at regular intervals during the prayer service and with him the entire congregation stood there, both in shock and silence.

So vivid is that day in my mind, that till today I get moist-eyed, remembering Little Moshe sitting on his caretaker’s lap with a distinct red ball gripped tightly in his hands with his maternal grandparents Rabbi Shimon and Yehudit Rosenberg next to him on the `Tebah’ (an elevated platform in the synagogue, from where the prayers are recited). Their comforting words worked as a balm for a bit, but he would soon breakdown again with a clear hope to see his parents again.

On 26/11, Moshe was just two days away from his second birthday. As per the Jewish calendar, his birthday falls on the 1st of Kislev, (which was on Friday 28th November 2008, ) that year. Rivka Holtzberg, was all geared up to celebrate his special day, as she was discussing some plans with her support staff, while we met sometime during mid November. She invited me over for a casual evening chat. And we sat sharing ideas at the first floor restaurant at Nariman House (Chabad House). 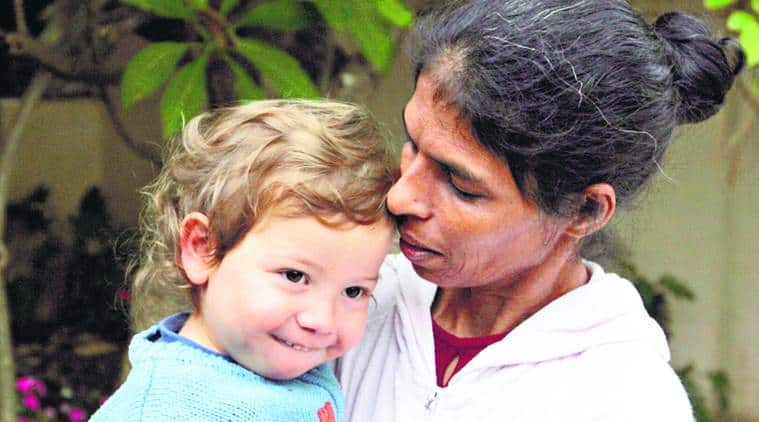 Baby Moshe with his nanny Sandra Samuel in Israel. Samuel had one thought as she huddled for safety between two refrigerators in the besieged Jewish center in Mumbai: The two-year-old boy in her charge. The moment he cried out for her, she ignored the crackle of the gunfire and the explosion of the grenades, charged up the stairs and whisked the boy away from the motionless body of his mother to safety. (Source: AP Photo/File)

She loved to understand more from me about my work and other interesting aspects of my Sephardi descent. She enjoyed going through the magazines I work for and was aware of the Indian Express brand. She insisted I keep few copies of both the Travel and the Hospitality magazine at Nariman House as it was a melting pot for most Jewish travellers from across the globe.

However, during all our conversations, and amidst her busy schedule from managing guests at Nariman house to other social, cultural and religious commitments, her focus on Moshe was rock solid. Multitasking to the hilt, she would give clear instructions to her support staff on his diet and other activities.

I remember her instructing the staff with certain duties, for the last Shabath (special Friday and Saturday in Judaism) of November, which also coincided with Moshe’s birthday. She would carry Moshe in a distinct way, on her waist holding him strong on her dainty frame and mind you (Moshe was certainly a strong boy at his age.) Warmhearted and super positive as she was, my next meeting with her at the Chabad House was supposed to be with my family. “Next time you are not coming alone,” she said, giving me a lovely `Mezuzah’ (a Jewish blessing to be placed on the door post) before I left. Two-year-old Moshe Holtzberg’s crying while being carried by domestic help during a condolence prayer meeting in a synagogue, for those killed by armed militants at a Jewish centre in ‘Nariman House’ in Mumbai (Source: Reuters/File)

I frequent the Chabad House even today, with family, but only to see her smile through the photographs there. The Chabad House as we see it today is buzzing with activities and continues to be the one stop shop for most Jewish travellers, from traders to backpackers. The Holtzberg’s had a dream to spread the light and make a positive difference in people’s lives and that dream is being carried on positively under the leadership of Rabbi Israel Kozlovksy and his wife Chaya.

However, it was my last meeting with Rivka on the 23th of November 2008, that remains etched in my mind. We met at a place in South Central Mumbai. She had come along with little Moshe in tow. Our conversations whirled around life’s simple thoughts on love, life and laughter, of woman power of strength, dignity and courage.

While engrossed in our conversation, little Moshe slipped out of her hands., but the mother’s natural reflex took over. She picked him up instantly, checked if he was hurt, hugged him tight, her expression clearly stating that he is a strong boy. Strong he certainly is.

Our meeting ended with a warm hug, a pleasant wish and an adieu only with a plan and hope to meet again….