The problem with Delhi is that it often cannot sustain the nerve to go through its own strategies irrespective of whether they are carrots or sticks, confrontationist or otherwise. 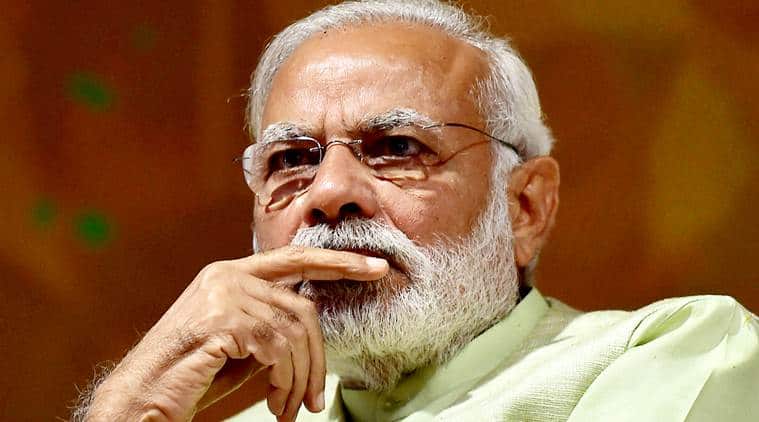 As Prime Minister Modi heads to Israel in July, security cooperation is likely to be on top of his agenda. While arms purchases tend to make headlines, it is actually the human factor — training, capacity building and best practice absorption that India really needs from Israel. Given the uptick of violence in several parts of the country, including Kashmir, and the government’s “muscular” approach in dealing with Pakistan, the lessons of how Israel manages its own disturbed areas may be particularly germane.

Of course the biggest difference in managing territory is that Israel believes, despite its looney right, that the “occupied territories” are, in fact, occupied. While Kashmir, in the Indian mind is an integral part of India, notwithstanding its current disturbances.

Consequently, Israel does not operate under any delusions of how “loved” it is by its neighbouring Palestinians; and doesn’t let sentimentalism get in the way of dealing with them. Instead, they have invested in the indepth study of human behaviour in military as well as civilian situations, using “light touches” alternating between carrots and sticks, as the preferred option.

India, on the other hand, which has done a miraculous job in keeping a multi-ethnic, non-denominational state together, despite being a third world country, cannot seem to avoid sentimentality and a massive capacity deficit coming in the way of managing its internal security.

Consequently its actions are for the large part erratic, ill thought out and veer between carrot and stick with no visible cause-effect calculus.

Israel uses both force and persuasion to achieve its objectives. Once the second Intifada had been crushed — largely through the construction of a separation wall and barbed-wire fences between Israeli and Palestinian-majority populations — the Palestinians found a new method to shake up the status quo. These were the knife attacks by so-called “lone wolves”.

Their initial success meant that border crossings would be shut for weeks, and work permits of Palestinians working in Israel cancelled — massively disrupting normal life. While this form of collective punishment worked in the immediate term, it also simply increased the pool of would-be attackers significantly. This is when the Israelis decided to change their entire approach.

The most important step was not to cancel Palestinian work permits in the wake of an attack; this drastically reduced the pool of disaffected people otherwise available for militancy. This also meant that those who continued to work in Israeli territories would be incentivised to provide advance warning of attacks – thereby creating a vital pool of informers.

Second, the immediate disruption at the point of attack was reduced, with border crossings forced to return to normal activity within 15 minutes to 1 hour of the attack, as opposed to the week-long shut downs with attendant misery that used to be the norm.

Third, punishment, while still collective, became much more focussed. For example, the house of the family of the person who had committed the attack would be demolished. Due process however was followed. Within hours of an attack, Israeli officers would show up at the house of the attacker and inspect it.

Invariably, they would find signs of radicalisation, such as posters of the “martyrs”, which they would then show to both family and media to deflate protests like “we had no idea our son was radicalised”. This was then used to buttress the legal case needed to demolish the house. If the family lived in rented accommodation (common in both West Bank and Gaza), concrete was poured into the rooms.

Family misery, magnified by Palestinian media coverage, the Israelis found, serves as a massive deterrent, forcing families to monitor their wards more actively and quietly report them in; most people will want to keep their families safe and their children alive, albeit in a jail cell.

What is important here is that Israeli authorities distinguish between retrospective and punitive (which is illegal) and deterrent and preventive (which is legal) in these actions. The legal justification for house demolitions is not to punish the family, but to deter others from following the same path. There are now several studies which seem to indicate that this does in fact has some effect.

The public relations exercise that accompanies the Israeli response is perhaps the single most critical link in the chain. In an attempt to break the media narrative, Israelis realised they needed to create one of their own. So Twitter and Facebook were leveraged to display videos and photographs of attackers caught in the act of destroying the lives and homes of others.

The intense trolling and negative commentary that follows these actions certainly turns up the heat; but the Israelis point out that videographic evidence serves to hollow out narratives common in the Palestinian media, such as, “he was a school teacher’s son”, “he was an unarmed young man” or “he wasn’t a stone pelter”.

With this combination of tactics, Israel has for all effects and purposes pre-empted Hamas’ hopes for a third Intifada and its attendant publicity.

The above narrative shows the act of controlling territory must be carried out through a mix of carrots and sticks. On the stick side, there needs to be clearly delineated but targeted collective punishment, not as revenge but from a legally sustainable deterrence angle.

The carrots have to be economic, and at the very minimum, avoid disruption to what little economic activities exist in the significantly poorer Palestinian territories.

So what is the one lesson Mr Modi could learn in Tel Aviv? That ad hoc clumsy incompetence cannot be a substitute for thought-through law and order which is both humane and tough. The problem with Delhi is that it often cannot sustain the nerve to go through its own strategies irrespective of whether they are carrots or sticks, confrontationist or otherwise.

Of course the big difference between Israel and India is that the Israelis aren’t tackling their own people – unlike in India, where the residents of Kashmir or the North-East or central India, or elsewhere as the case may be, are full-fledged citizens of the country.

That’s a difference, of course, the prime minister and his battery of advisors must keep in mind. But as Mr Modi travels to Tel Aviv, it might be instructive to look at the experiences countries like Israel have in dealing with trouble at home.