Female Genital Cutting/Mutilation is prevalent in India and is one among the many violations which make our country the world’s most dangerous place for women. 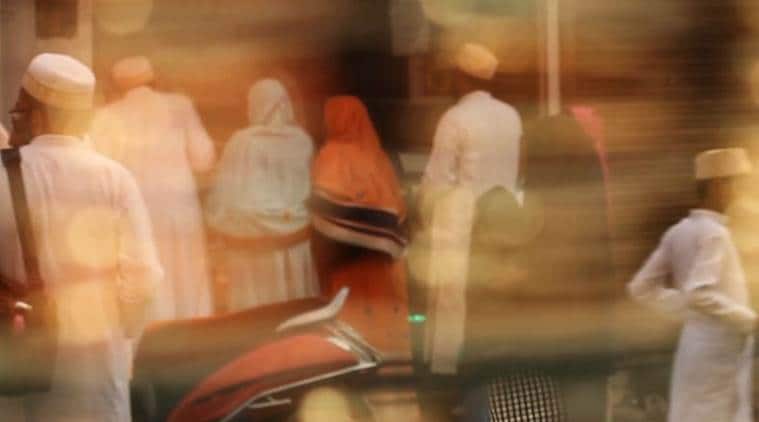 A still from the documentary ‘A Pinch of Skin’.

Female Genital Cutting/Mutilation is prevalent in India and is one among the many violations which make our country the world’s most dangerous place for women. This is what emerges from a new report by the Thomson Reuters Foundation, which has ranked India the ‘the most dangerous country for women in the world’.

But the Indian government has chosen to refute and dismiss the report, through a press release from the Ministry for Women and Child Development. In the process, the Ministry has also denied the prevalence of Female Genital Cutting/Mutilation in the country, by claiming in the press release that practices like “female genital mutilation….are not practiced in India”.

This denial is frustrating for Indian survivors of FGC/M as well as activists like me, because once again, the government is going back on its stand on the prevalence of this ritual in India. The government’s latest statement on FGC/M is factually incorrect and a regressive step in combating this issue, which threatens the sovereignty of women’s bodies.

In 2011, I came across an article in ‘The Outlook’, a leading national magazine, on the prevalence of Female Genital Cutting/Mutilation (FGC/M) in India. Two years later, my documentary, ‘A Pinch of Skin’, won a national film award given by the President of India for being the first film to shed light on this practice.

And yet, even after seven years and a nationwide movement led by Sahiyo and We Speak Out, I once again find myself responding to the claim that Female Genital Cutting/Mutilation is not prevalent in India. Sadly, this time around I am addressing the Union Minister of Women and Child Development Maneka Gandhi, who once came out in favour of a strong stand against FGC/M in India.

In India, Female Genital Cutting/Mutilation (FGC/M), also known as Khatna or Sunnat, is practiced by the Bohra community and as uncovered recently, by some communities in Kerala. It is a harmful cultural practice where a part of the female genitalia is excised non-consensually in the belief of ‘moderating the female sexual experience ’ or to remove the ‘excess, unclean parts’.

Despite being perpetuated by small minorities, the prevalence of cultural practices such as FGC/M is symptomatic of a larger problem at the root of it. Irrespective of the community or religion, in India, there is an understanding of female body being ‘impure’, ‘excessive’ and in some cultures, even ‘evil’. One can even draw parallels between cultural ideas of pollution and purity, wherein many Indian cultures, a menstruating woman is considered ‘impure’.

The recent stir caused by the Thomson Reuters report

Assessing from such cultural phenomena, Thomson Reuters Foundation, recently ranked India as the most dangerous country for women in the world. As per the report, India has fared No. 1, meaning the worst, in the key parameters of sexual violence, cultural practices against women and human trafficking of women. Furthermore, the report has declared India even more dangerous than Afghanistan (ranking second) and war-torn Syria, ranking third.

As the report shakes our collective consciousness, the government has already launched a tirade against it. Calling it incorrect, the Indian government has demanded to see the list of women who participated in the survey. Moreover, it has specifically objected to the mention of Female Genital Mutilation, flatly denying it’s prevalence.

While Reuters poll was a ‘perception poll’ conducted by surveying the opinions of 548 experts, the parameters studied by the report have thoroughly nailed down the problem with our country. These six parameters are cultural traditions, sexual violence, human trafficking, healthcare, non-sexual violence and discrimination.

Not only does India rank the worst in sexual violence perpetrated against women, but also ranks worst in the context of cultural practices that subvert the position of women in the society. And yet the government continues to deny seeing the red despite so many instances of gruesome violence against women and cultural practices which continue to claim women’s sovereignty.

Why is the government of India denying the prevalence of FGC/M, despite evidence?

In a country of 1.3 billion, where a rape occurs every four minutes, crimes and violations against women have taken a downward plummet, without a rock bottom. Then should the government not be jolted into taking cognizance of a practice which puts a mere seven-year-old girl child in a great psychosomatic risk?

Turns out the government has not been able to make up its mind on its official stance on the practice. In May 2017, after a high court advocate, Sunita Tiwari, filed a PIL in the Supreme Court asking for a ban on FGC/M, Menaka Gandhi came out in the press stating that FGC/M in India would be banned. She also stated that her ministry would write to the leader of the Bohra community and ask him to stop the practice in the Bohra community. Later that year, Gandhi and officials from her ministry also met activists working to end female genital cutting, expressing keenness to end the practice in India. Yet in a turncoat move, the government told the Supreme Court in December 2017 that there is no “official data” to prove the existence of FGC/M in India.

The claim came also after years of steady and significant increases in the number of women and men coming out against the practice of FGC/M in those practices where it was found to occur. Women have publicly shared their own stories of mutilation on social media and through other mediums. Yet, the government quoted lack of “official data”. This is also coming from a government which surely has read the headlines when Member of Parliament Shashi Tharoor released a study that found a 75 per cent prevalence rate of FGC among Bohras in India.

After the government’s non-committal stand in December, FGC/M survivors and activists heaved a sigh of relief in April, when the central government acceded to the prevalence of the practice and urged the Supreme Court to issue guidelines on how to curb the occurrence of FGC/M.

In denial, once again

And now, despite all this, the Women and Child Development ministry has once again denied the prevalence of FGC/M in India in its press statement in response to the Reuters report.

‘..Female Genital Mutilation, stoning is not prevalent in India’. Ironically, this is same government led by Meneka Gandhi have shown interest to learning more about the practice, as well as acknowledged it in public statements reports earlier.

How can the country be equipped to deal with this problem, if its leaders are unable to make up their minds? Despite being a growing economy with burgeoning intelligentsia, India continues to hold on to archaic social mores. Furthermore, the blatant and factually erroneous denial by the government of India holds a mirror to our society which is a simple denial about it’s abysmal situation of women’s socio-cultural autonomy and safety.

In doing so, what is the government trying to uphold and defend?

We strongly urge the government to not overlook yet another human rights violation. Instead of defending itself, it’s high time India’s Government takes cognizance of practices in big or small communities, which are detrimental to women’s safety and well being.

I personally urge you to sign our petition to the government bodies here and urge governments to support research and advocacy against Female Genital Cutting/ Mutilation practiced in India.

This video of Aishwarya Rai, Arjun Rampal and Milind Soman will take you back in time