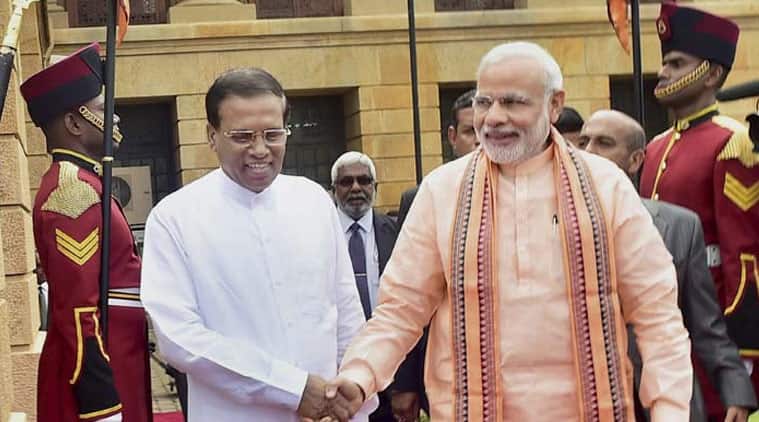 The first bilateral visit by an Indian prime minister to Sri Lanka in 28 years seemed in sync with the new momentum in relations between the two countries. There was no false note as Prime Minister Narendra Modi travelled across the country — visiting the capital, Colombo, the ancient capital of Sinhala kingdoms, Anuradhapura, and the cultural heartland of Lankan Tamils, Jaffna — and interacted with a cross-section of Sri Lankan society, Sinhalese and Tamil. The pacts signed by the two countries — mainly related to travel, tourism and trade — may not be the real or sufficient indicators in assessing the outcome of Modi’s trip. The priority was to build trust between the two countries and, from India’s perspective, to rejuvenate a process of engagement with an important neighbour.

Unsurprisingly, the Tamil question loomed large over the visit. The prime minister reiterated that the unity and integrity of Sri Lanka is paramount for New Delhi, while advising Colombo that diversity in a people could be a source of strength. He backed the Tamil parties’ demand for devolution of powers and suggested that his favoured theme at home, of “cooperative federalism”, could offer a path for Sri Lanka in its effort to balance political and administrative powers between the Centre and the regions. The demands of coalition politics in Delhi and the intransigence of the Mahinda Rajapaksa presidency had made it difficult for India to craft a purposeful Lanka policy, alienating, in the process, both the Sinhalese and the Tamil people. With the civil war over and the Maithripala Sirisena administration keen on repairing ethnic relations, Modi presented India as an empathetic and strong supporter of peace and reconciliation in the island.

The thrust of the visit was to reach out to all sections of the Sri Lankan polity — the gesture to meet Rajapaksa, who has been accusing Indian intelligence of plotting his electoral defeat, is important in this context — while stressing on a shared historical and cultural heritage.

Beyond the symbolism, there were efforts to elevate the bilateral relationship to a genuine strategic partnership. Though the Comprehensive Economic Partnership Agreement that India has been pushing for will have to wait, the pacts that extend further credit to build railway and petroleum infrastructure should help deepen trade and business ties. A liberal visa regime, better air and sea connectivity and customised pilgrimage packages would help promote people-to-people interaction and boost tourism in both countries. They must now build on the momentum and deepen bilateral ties.

Going back in time