Manzur faced the wrath of the soldiers, furious over Ziaur Rahman’s assassination, while being brought from a village hideout where the police had captured him, to Chittagong, the radio said. 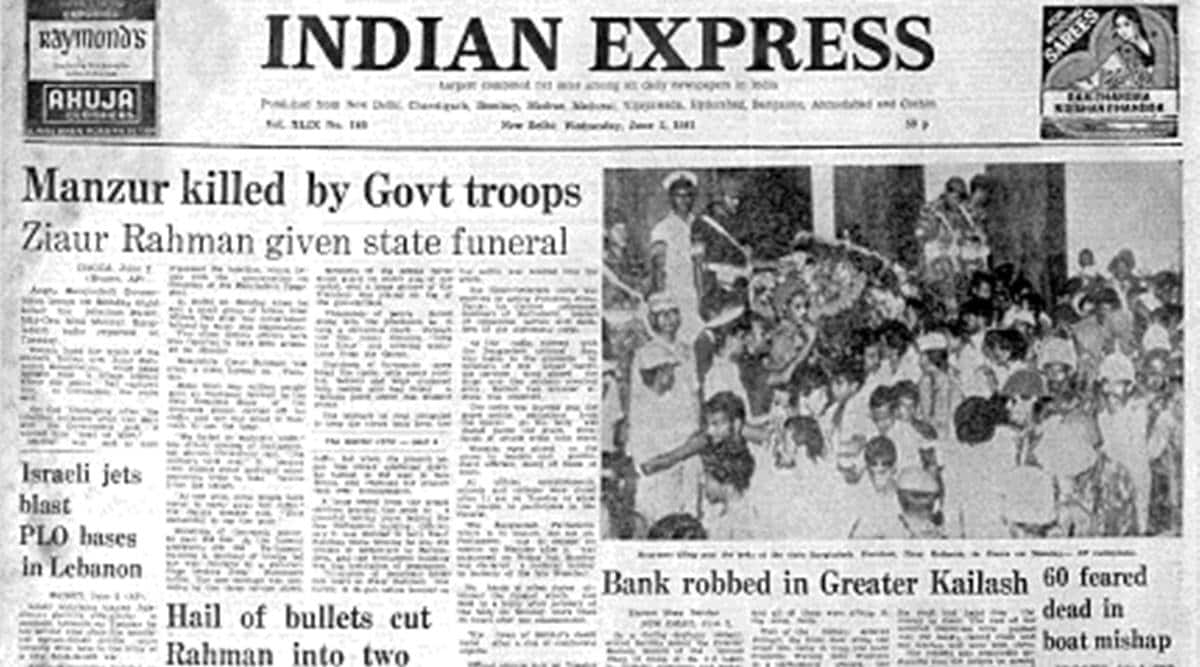 This is the front page of The Indian Express published on June 3, 1981.

Angry Bangladesh government troops on Monday night killed rebellion leader, Major General Abul Manzur, Bangladesh radio reported on Tuesday. Manzur faced the wrath of the soldiers, furious over Ziaur Rahman’s assassination, while being brought from a village hideout where the police had captured him, to Chittagong, the radio said. He fled Chittagong after the rebellion collapsed and the government said it wanted him “dead or alive”. Manzur was said to have organised the rebellion, which began with the assassination on Saturday of the Bangladesh President.

Prime Minister Indira Gandhi, indirectly, but strongly, criticised the leftist state governments on Tuesday for interfering in the field of education. While opening the conference of the state education ministers in New Delhi, Mrs Gandhi listed disturbing trends in education. She referred to the interference by some state governments in the working of educational institutions to compel them to subserve certain ideologies and dogmas. She said it was unfortunate that they had set aside normal statutes governing educational institutions and appointed “packed executive bodies”. These actions, she said, bring down the level of our nation.

Tamil-dominated Jaffna, where army and navy units were deployed on Monday after policemen in mufti reportedly indulged in large-scale violence, was placed under a state of emergency, according to a Sri Lanka Broadcasting Corporation bulletin monitored in Chennai. There is also imposition of press censorship on news relating to the Jaffna developments. It said the district development council elections would take place on Thursday, as scheduled. Violence erupted on Sunday after an unidentified terrorist group shot dead a police sergeant on duty at a meeting of the opposition Tamil United Liberation Front (TULF) near a temple in Jaffna.