Counter-terror cooperation heralds Delhi’s renewed embrace of a region it has long neglected. 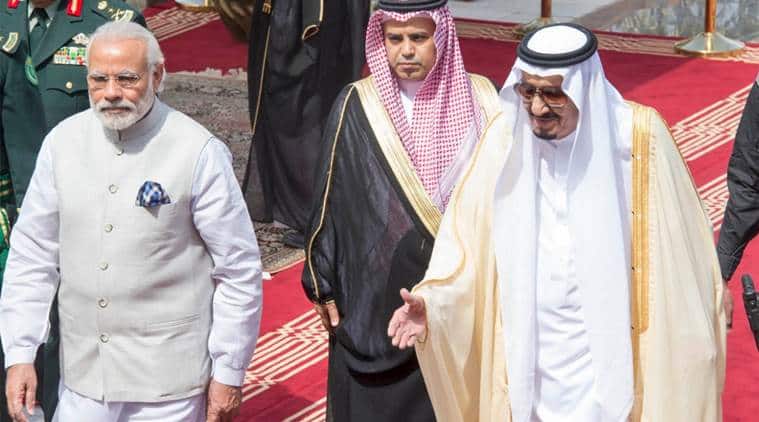 At the time of Abu Jundal’s arrest in June 2012 at New Delhi’s IGI Airport, Saudi Arabia wasn’t too happy about the media exposure of its role in his deportation. Then, in October 2012, came the deportation and arrest of Fasih Mohammed, the second Riyadh-Delhi extradition success. Thereafter, the reinvented bilateral relationship couldn’t be hidden away any longer. Prime Minister Narendra Modi’s just-concluded visit to Saudi Arabia has produced a joint statement unprecedented in terms of the strong words used and the space devoted to terrorism. This lifts the 2010 Riyadh Declaration — built on the 2006 Delhi Declaration and providing for the extradition treaty — by several notches, and also unveils an expansive security cooperation agenda that can help reconfigure India’s substantive engagement with Gulf Arabia.

A couple of days before PM Modi landed in Riyadh, Saudi Arabia and the US announced joint sanctions against the Lashkar-e-Taiba as an overture to Delhi. But behind Riyadh’s increasingly no-nonsense stance on terror lies what may be called enlightened self-interest. Over the years, and especially post-Arab Spring, Arab monarchies have become wary of their altered security situation, framed by Sunni extremism from the likes of the Islamic State and the rise of Shia Iran on one hand and American withdrawal and shrinking oil revenues on the other. Thus, a new window opened for India to re-enter the Gulf as a strategic and security partner. Delhi stood to benefit from information-sharing and the use of Gulf clout to dismantle terrorist infrastructure and fund routes targeting India.

Over the last decade, Delhi gradually shed its wariness of Saudi Arabia’s pro-Pakistan tilt and warmed up to security and counter-terror cooperation. Yet, Delhi’s political diffidence meant it has largely continued to shy away from the Middle East, confining its engagement to oil and remittances. PM Modi’s visits to the UAE last year and to Riyadh now announce to the world that India is rethinking its past posturing and taking political ownership of a more pro-active course.

Subscriber Only Stories
View All
UPSC Key- January 30, 2023: Know about Project 39A, Beating Retreat Cerem...
UPSC Essentials | Key terms of the past week with MCQs
ExplainSpeaking: How to evaluate a Union Budget
Mahesh Vyas writes: Why the job shortage is for real
Apply New Year promo code SD25
First published on: 06-04-2016 at 00:05 IST
Next Story