RSS may now reject Western science, but its ideology draws inspiration from the Western social sciences 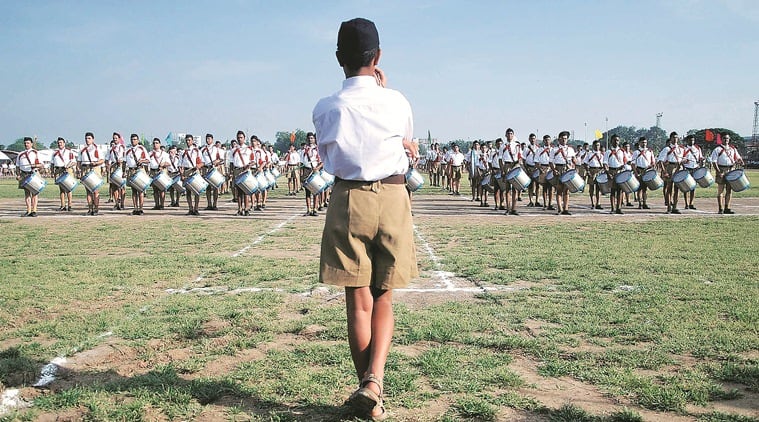 Last week, during a meeting with leaders of the RSS, the Union culture minister committed himself to “cleanse every area of public discourse that has been Westernised and where Indian culture and civilisation need to be restored — be it the history we read or our cultural heritage or our institutes that have been polluted over years”. This commitment was well in tune with previous declarations. Y. Sudershan Rao, who has been appointed chairman of the Indian Council of Historical Research has similarly been a forceful advocate of the Indianisation of the writing of history, for instance. In an interview to the Organiser, he declared: “I honestly feel that Indian social science research in general and history research in particular is dominated by Western perspectives, in the name of liberal or left perspectives. Most of us see India through [a] Western prism — may be because under British rule we began considering and understanding Indian history from their point of view… every nation has the right to write its own history from its own perspective, with certain national objectives. I call this process as ‘Indianisation’. At best you can call it a patriotic approach.”

The RSS has already set up a consultative body, the Bharatiya Shiksha Niti Ayog (BSNA, brainchild of the RSS-affiliated Shiksha Sanskriti Utthan Nyas) to “suggest corrective steps” to “Indianise” the education system. Among the most prominent members of the BSNA was Dinanath Batra, the man responsible for the pulping of Wendy Doninger’s book on Hinduism in 2013.

This rejection of “Western science” sounds somewhat paradoxical for two reasons. First, many RSS leaders have been trained as scientists in the Western way: K.B. Hedgewar was a doctor; his mentor, B.S. Moonje, was an ophthalmologist; M.S. Golwalkar studied and taught zoology; Rajendra Singh, who became sarsanghchalak in 1994, graduated in physics; H.V. Seshadri, who was to become general secretary of the organisation, in chemistry; and K.S. Sudarshan, predecessor of Mohan Bhagwat, in engineering. Bhagwat himself graduated in veterinary sciences.

Second, and more importantly, the ideology of the RSS itself draws inspiration from the Western social sciences, including political science, whose key concepts of state and nation have created within Hindu nationalism what Partha Chatterjee would call a “derivative discourse”. This is evident from the ideological charter of the RSS, We, or Our Nationhood Defined, that Golwalkar, who was to become RSS chief in 1940, wrote a year before that. In this book, Golwalkar emphasises the necessity to emulate Western conceptions of nationalism and disregard those that were then dominant in India, under the influence of Gandhi: “We believe that our notions today about the nation concept are erroneous. They are not in conformity with those of the Western political scientists we think we are imitating. It is but proper, therefore, at this stage, to understand what the Western scholars state as the universal nation idea and correct ourselves.”

The political scientists to whom Golwalkar repeatedly refers to are mostly German-speaking, like Johann Kaspar Bluntschli. He differentiated the German view of the nation, which is rooted in ethnic characteristics, from that of the English and French, who, according to him, regard as nationals all those who inhabit the territory of
their states.

Indeed, there are two variants of nationalism in the West, the ethnic and the territorial. The latter implies a kind of political contract: Nationals pay allegiance to their state, which, in return, recognises them as citizens and protects them. In contrast, the former is rooted in some ethnic identity, as Bluntschli himself suggests: “The essence of a people lies in its civilisation [kultur]… It may be called an organism in so far as its character has received a visible expression in the physique of the race and in language and manners”. Golwalkar and his followers drew their inspiration from this school of thought; RSS thinkers use “sanskriti” in the sense of “kultur” and “samskar” in the sense of “manners”.

The other Western political scientists referred to by Golwalkar, whose books were available at the Benares Hindu University, where he studied, adopted a similar view of the nation, even when they were not German — like John W. Burgess, Raymond Garfield Gettell, Arthur N. Holcombe and Ludwig Gumplowicz. Golwalkar read their books and cited them to support his anti-Congress arguments. While he came to be known as “guruji”, he made it a point to learn the meaning of nationalism from Western political scientists. He rejected the territorial version of nationalism and criticised the Congress for adhering to it because it implied that all those who were born in India, including Muslims and Christians, were full-fledged nationals. He drew his inspiration from what he considered to be the “true” Western definition of the nation, which was rooted in the German approach.

This “cultural nationalism”, to use a phrase that Golwalkar never used but which the RSS and the BJP use today, did not make religion a priority. Golwalkar regarded it as merely a cultural manifestation that could be used to “cement” national unity. In this context, he considered the national religion of the Soviet Union to be socialism, with Karl Marx as its “prophet”; it was irrelevant that this was “a religion which does not believe in god”. For those who believe in “cultural nationalism”, religion is more a marker of identity than a spiritual necessity, as much in the West as in the East.

Anyway, as Rabindranath Tagore showed in a remarkable series of lectures in Japan and the US in 1916-17, neither the East nor the West can be identified with the “right” or “wrong” (“good” or “bad”) form of nationalism. Both versions are present in every country, in the West as much as in the East — as is evident from the global rise of forms of xenophobia today. Similarly, “good” science, including history, is not the sole preserve of the West or the East. It is that which passes the test of reason. Countries that have ignored this simple reality have usually become obscurantist. Naturally, obscurantists or ideologues claim that their findings are based on scientific methods. On September 18, the Union culture minister inaugurated an exhibition at the Lalit Kala Akademi providing “astronomical references and scientific evidences” dismissing the theory of “Aryan invasions”. If a scientific method has to be followed, this scientific evidence has to be confronted with other scientific evidence that supports divergent conclusions.

The writer is senior research fellow at CERI-Sciences Po/CNRS, Paris, professor of Indian Politics and Sociology at King’s India Institute, London, and non-resident scholar at the Carnegie Endowment for International Peace