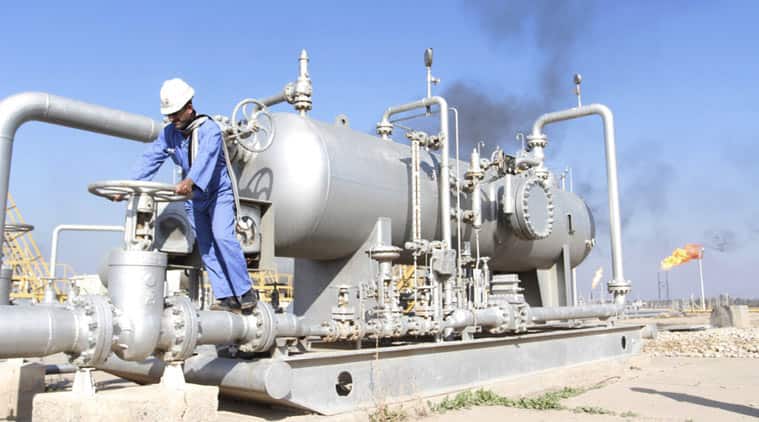 The Modi government, wisely perhaps, did not fully pass on the gains from lower international oil prices to consumers. (Source: Reuters file photo)

Recently, Uday Kotak tweeted that India’s “honeymoon” with inflation and current account deficits may be over, as global oil prices again touch $ 50 per barrel. The billionaire banker has a point. From a low of $ 24.03 per dollar reached on January 20, the average cost of crude imported by Indian refiners has now climbed to $ 45.51. That’s not quite $ 50 — leave alone the $ 108/barrel levels when the current NDA regime took over — but the direction seems clear. As the Narendra Modi government enters its third year, the comfort from cheap oil may well be a thing of the past. Low oil prices provided a cushion against inflation that would normally have accompanied two consecutive years of drought. They also helped halve the value of India’s oil imports from $ 164.77 billion in 2013-14 to $ 82.66 billion in 2015-16 and, in turn, reduce its current account deficit from a peak of $ 88.16 billion in 2012-13 to an estimated $ 20 billion in the fiscal gone by.

Apart from the two obvious benefits cited by Kotak, there is a third one that cheap crude has conferred in the form of a fiscal windfall for the Centre. The Modi government, wisely perhaps, did not fully pass on the gains from lower international oil prices to consumers. Instead, in the last two years, it has raised the specific excise duty on diesel from Rs 3.56 to Rs 17.33 a litre and that on petrol from Rs 9.48 to Rs 21.48 a litre. The additional revenues from this alone, taking annual consumption of 8.8 crore kilo-litres of diesel and 3 crore kilo-litres of petrol, works out to over Rs 157,000 crore. That’s not all. Previously, oil marketing companies were losing money on sales of most petro-products. The “under-recoveries” from these — the burden of which had to significantly be borne by the Centre, either directly as subsidy or as lower dividends from national oil companies — amounted to Rs 143,738 crore in 2013-14 and a mere Rs 27,571 crore last fiscal. The Centre’s overall yearly fiscal windfall from the global oil crash would, thus, be upwards of Rs 250,000 crore.

If crude were to cross the $ 50/barrel mark, there is the possibility of pressures on all three fronts — inflation, current account and fiscal — returning. A good monsoon can, of course, mitigate the first risk; this would be the reverse of the “good luck” from oil neutralising the “bad luck” from drought in the first two years of the Modi government. That leaves the “twin deficits” problem, a major source of macroeconomic instability during the UPA regime’s second innings. Not allowing it to reappear will be a challenge for this government in the next three years.

A Trip to the Mountains