Supreme Court, as always, leads the way on environment reform. Now policy must catch up. 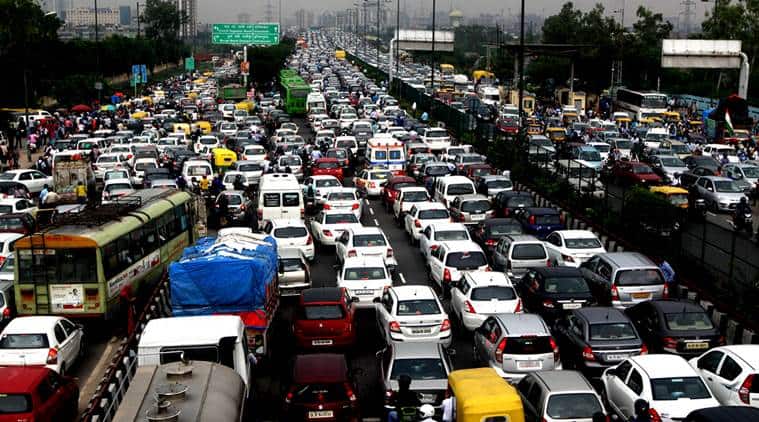 The court is trying to reduce the number of diesel vehicles plying on Delhi roads but its efforts must now be backed by a policy framework. (Source: Express Photo by Prem Nath Pandey)

Wednesday’s wide-ranging Supreme Court order, laying out a slew of measures to curb pollution in the national capital region of Delhi, focuses on diesel vehicles in particular. This follows close on the heels of the order of the National Green Tribunal last week that banned the registration of all diesel cars till January 6. This is yet another instance of the courts leading the way on environmental reform in the country. It is also the time, again, for policy to start preparing to catch up with the court. Even in the past, and not just in Delhi, the courts have nudged and prodded governments and private players towards environmentally sustainable behaviour. It took an SC intervention in 1997 to address the disastrous impact of the Mathura Oil refinery emissions on Taj Mahal. Court interventions have pushed CNG use in Delhi, the closure of limestone quarries in Uttar Pradesh and curbs on tannery-generated effluents discharged into the Ganga. Earlier this month, the Delhi government, under pressure from pointed court statements expressing concern about increasing air pollution in the city, decided to implement the even-odd number vehicle policy from January 1.

The court is trying to reduce the number of diesel vehicles plying on Delhi roads but its efforts must now be backed by a policy framework. Unless policy lags and inconsistencies are addressed, court orders will have only limited effect. For instance, it needs to be asked why the policy structure perversely incentivises the purchase of diesel cars in the first place. Because of the way it is taxed by the government, petrol ends up being about 30 per cent costlier than diesel in the NCR. In the absence of adequate compensatory taxation on the sale of diesel-run cars, they will inevitably be preferred by consumers. Similarly, courts can force polluting trucks to bypass one city but the problem will not be resolved if the same vehicles continue to pollute neighbouring cities.

Court intervention is welcome but that the court must intervene indicts governments — both at the Centre and in the states — for the lack of a cogent policy framework to control pollution in the cities. Government must take a cue from the court order and come up with clear plan of action that endures over the medium to long term.

Subscriber Only Stories
View All
ExplainSpeaking: How to evaluate a Union Budget
Mahesh Vyas writes: Why the job shortage is for real
Delhi confidential: Focus On Projects
Gandhi to Tagore: At old St Stephen’s campus, a glimpse into remnants of ...
Apply New Year promo code SD25
First published on: 17-12-2015 at 00:15 IST
Next Story

Censorship is about the opportunity to exert power: William Mazzarella