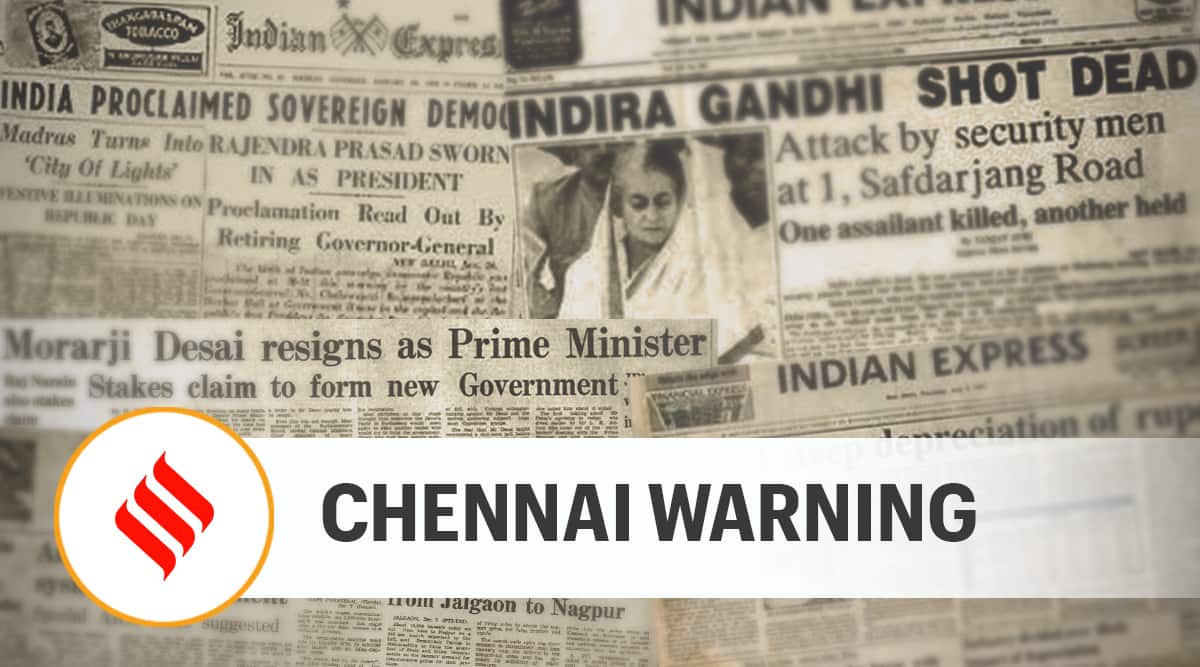 Chennai will have to reclaim at least a part of its lost water spaces and preserve whatever is left, including its two rivers which have been reduced to large drains.

Tamil Nadu is reeling under the fury of the northeast monsoon with heavy floods forcing a near shutdown in Chennai. At least four people have died in the city after rainwater inundated large parts of the residential areas and commercial hubs late last week. Schools and colleges were closed and railway traffic disrupted. Though the low pressure formation in the Bay of Bengal, which caused the heavy downpour, has lost its severity, there is fear that the city may see floods of the scale it experienced in 2015, when over 400 people died as record rain fell during the wettest November in a century.

As in 2015, an extreme weather event is blamed for the flooding — more heavy rainfall is predicted. Climate experts have warned that such extreme weather events are likely to be frequent in the coming years. The solution lies in preparedness to face storms, floods, sea ingress. Cities like Chennai also face extreme water stress in summer months. Since the 2015 rain in Chennai, the impact of which was exacerbated due to poor reservoir management, the administration has done extensive work to build storm water drains in flood-prone areas and declogged the city’s two rivers, Adyar and Cooum. But much more has to be done, especially since the root cause of the city’s distress during rains lies in mismanagement of its water bodies. The unplanned growth of the city has led to the filling up of lakes and tanks and shrunk wetlands. For instance, the shopping hub of T Nagar was built on a lake bed and the city airport came up on the floodplains of Adyar. Similarly, the city has expanded in the south to encroach on a large wetland, Pallikaranai, where residential colonies, institutional areas and even a large garbage dump have been built. A mass rapid transport system has severely restricted the flow in Buckingham Canal, which was designed also as a protective barrier against floods and sea ingress. Over 300 lakes, tanks and canals have disappeared in the past decades and, according to the administration, over 1.5 lakh illegal constructions choke the cityscape. This is the story of most Indian cities that have been callous about precious natural assets such as rivers, streams and lakes, which were the primary reason for the evolution of these habitations as urban centres.

Chennai will have to reclaim at least a part of its lost water spaces and preserve whatever is left, including its two rivers which have been reduced to large drains, in order to better withstand the vagaries of climate-change-induced weather events.

This editorial first appeared in the print edition on November 10, 2021 under the title ‘Chennai warning’.