Pulling women into the economy isn’t a function of budget alone, but also policy design, political will. 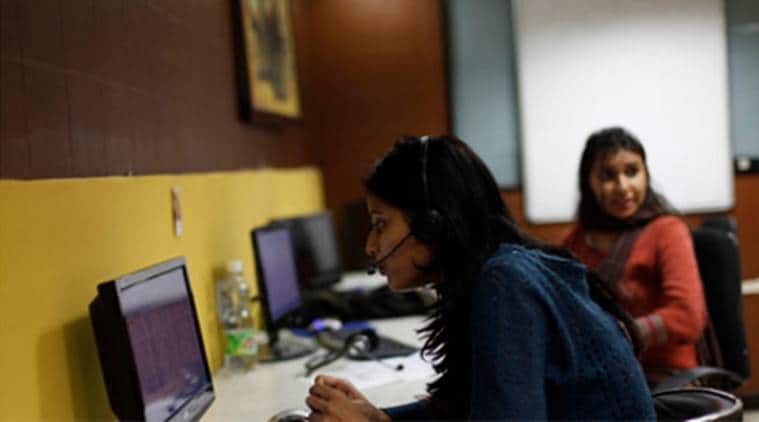 India continues to struggle to provide its women with equal opportunity. On international measures of gender equality, India scores low on women’s overall health and survival and ability to access economic opportunities. Since the woman’s economic engagement is related to her own and her family’s well-being, the continuing decline in rural women’s labour force participation is a cause for concern, and both affects and reflects these worrying gender gaps.

The Economic Survey acknowledged this and highlighted that the state should design policies that better involve women in the economy. It quoted the World Bank, noting that “no country can develop and achieve its full potential if half of its population is locked in non-remunerative, less productive and non-economic activities.”

Unfortunately, when it came to allocating funds, the budget relegated women’s economic participation to secondary importance. Many agricultural, social programmes and female-focused initiatives received little attention and were ultimately dismissed to the “aspirational, but not practical” list.

Ignoring India’s declining female labour force participation at a time of economic distress is a mistake. Involving women in the economy is not a social cause — it is a source of efficiency gains and economic growth. In a country where young women’s education is now at par with men’s, ignoring that half of the population isn’t participating equally in the economy means we are missing out on innovation, entrepreneurship, and productivity gains.

The large potential increases in GDP that could accrue to India and countries around the world, if they could only close their labour force gender gaps, are often cited. A report by McKinsey Global Institute suggests that if women participated in the Indian economy at the level men do, annual GDP could be increased by 60 per cent above its projected GDP by 2025. This striking figure undoubtedly rests on a variety of assumptions. But the underlying conclusion is that women’s potential to contribute to GDP is huge. The same analysis also suggested that India’s potential GDP gains through achieving economic gender parity were larger than gains in any of the other regions they studied.

So, in the absence of significantly large budgetary allocations for women-targeted programmes, how can the state be responsive to women? An important focus could be smarter policy and gender-intentional implementation. A key example comes from MGNREGA, a programme whose official policy has long been to pay individual workers in their own bank accounts. When we examined the programme in Madhya Pradesh in 2013, we saw that this policy was typically not implemented, and that women’s wages were usually being paid into the bank account of the woman’s husband (the household head).

Working with economists from Harvard Business School, the University of Southern California and Duke University, we tested how women’s activities and well-being changed when this straightforward policy was put into effect in conservative areas of northern districts in the state. We helped women open their own bank accounts, trained them on how to use their accounts, and made sure their MGNREGA wages would be deposited into their newly opened accounts.

We used a randomised controlled trial to assess the causal impact of the change, measuring its effects against a treatment group of women who continued under the status quo. This seemingly small change — giving a woman digital control of her wages — had a big impact. Women who received digital accounts plus training worked more outside their homes, not only for MGNREGA, but also in private employment.

Importantly, women from especially conservative households reported higher economic engagement and an improved ability to move about their communities unaccompanied. Surveys conducted three years after we partnered with the state to implement the policy showed that the programme also began to influence restrictive patriarchal norms. Husbands in especially conservative homes reported they would face relatively lower judgement from their community when their wives left home to work for pay than similar husbands in randomly assigned areas where we did not implement the policy.

The programme we tested was already the official policy; it simply had not yet been implemented in these areas. Although we now know this already-mandated strategy can empower women and draw them into the labour force, approximately 15 per cent of women with MGNREGA linked accounts — over 13 lakh women — are still paid their wages in joint, rather than individual accounts. Fully implementing this policy mandate need not entail additional budget outlay, and it could have important impacts on women’s lives in rural areas even as it spurs rural economic growth.

Opinion | PB Mehta on Budget 2020: It reads like a five-year plan with lots of targets but no road map

But rural women also need options beyond MGNREGA. Continuing to improve ease of doing business and addressing rigid labour market regulations can also draw more women into high-potential sectors, such as those supported under Assemble in India. Rural women’s relative participation in manufacturing has grown compared to men’s, and manufacturing stands out as a promising means to pull young women, in particular, into the economy. And ensuring better support to small and medium-sized enterprises can help new businesses.

Ensuring that these programmes are attuned to the needs and aspirations of women is not expensive. It requires a review of individual policies and programme implementation. Is a woman likely to face de facto discrimination when applying for a loan? Will she have trouble registering for a skilling programme or joining a job in the garment sector if a recruiter does not first explain the position and secures a buy-in from her family members? Could she remain in a skilling-linked job longer if the government deployed migration support to help her assimilate and function with confidence in a new city? Such thoughtful policy and implementation could make programmes reach women.

It would be nice if the government matches its words with deeds and increases funding to programmes targeting women. Until then, policy can build on the fact that pulling women into the economy isn’t just a function of budget allocations or social sector programmes. It’s also a matter of thoughtful policy design and political will.

This article first appeared in the print edition on February 14, 2020 under the title ‘To help her work’. Pande is the Henry J Heinz II professor of economics and director of the Economic Growth Centre at Yale University, Moore is director for South Asia Economics Research at Yale University’s MacMillan Centre.

P Chidambaram on Budget 2020: Faced with severe challenges to the economy, the government has proved to be clueless and timid